by ChemOrbis Editorial Team - content@chemorbis.com
PVC sellers in China are said to be growing more active in export markets as acetylene based PVC producers have recently begun to lower their prices in order to enhance their competitiveness in the local market, thereby making export sales more attractive for producers of conventional PVC. Export business has also been rendered more attractive owing to the recent upward movement seen in import PVC prices to major Asian markets. 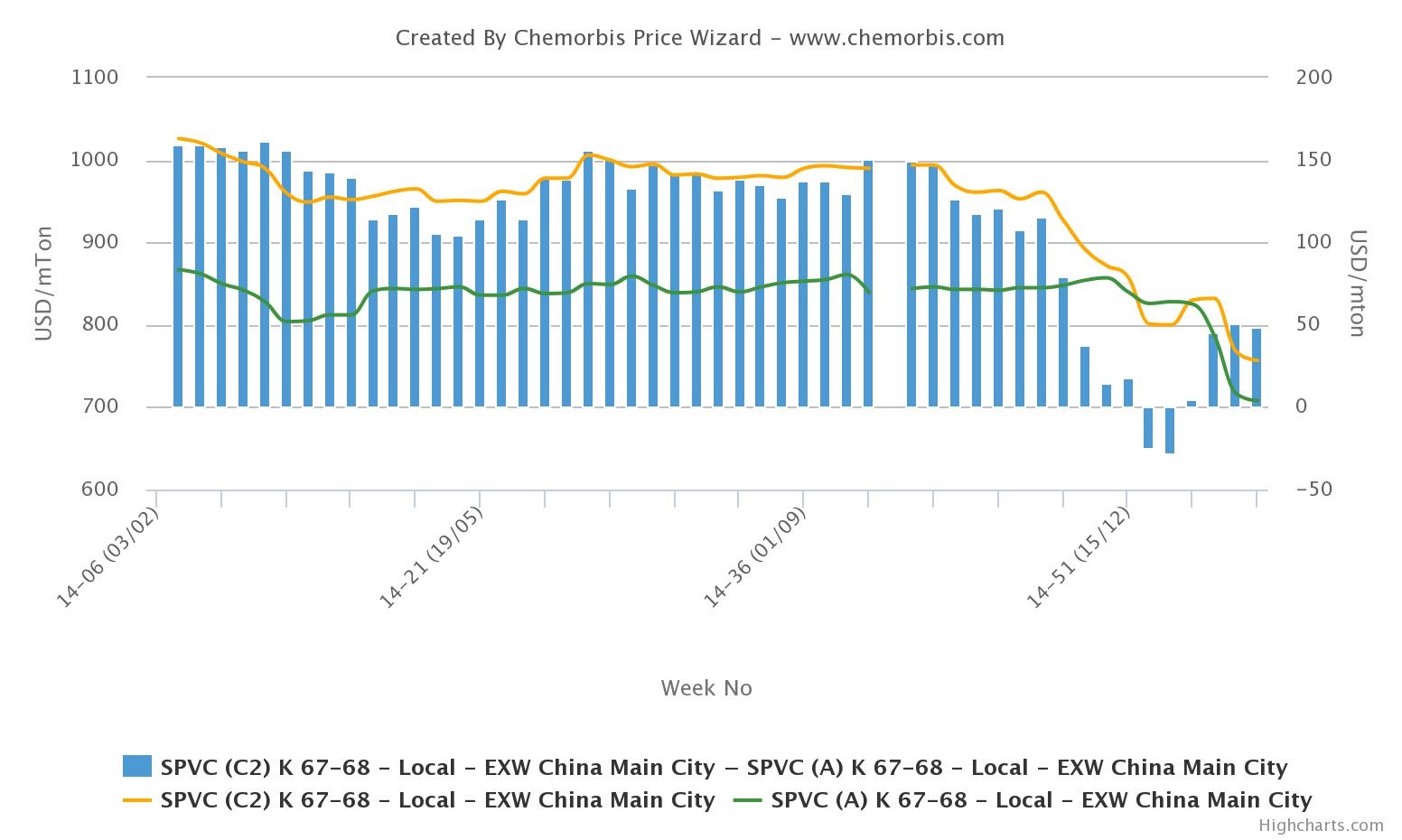 “Acetylene based PVC producers are currently running at negative margins to preserve their market share and we believe that this will not prove sustainable over the medium term,” a source at a Taiwanese producer commented. A trader who received an export offer for acetylene based PVC at $800/ton FOB, cash stated, “We did not purchase at this level as we feel that buyers will not accept this price.”

An ethylene based Chinese producer said that they are offering some material to Southeast Asia at $820/ton CIF, cash. “We are seeing good sales in overseas markets since we resumed our export offers and we have concluded deals to both Africa and Southeast Asia. We are holding our offers to the local market steady as we think that acetylene based producers are currently operating at a loss and will not be able to afford to offer further reductions,” a producer source stated.

A converter in Malaysia said that they purchased ethylene based Chinese PVC at $805/ton CIF, 60 days while adding that they also received an offer for acetylene based PVC at $780/ton CIF, cash. “We found the price we received for acetylene based PVC to be uncompetitive, so we sourced conventional PVC instead. Our stocks are running a bit low and we are thinking of making some additional purchases, but we want to wait for a while longer given the uncertain market outlook,” the buyer commented.

A trader based in Shanghai said that they are offering both ethylene and acetylene based PVC at $780-800/ton CIF Malaysia/Vietnam, cash. “We are struggling to conclude deals as our customers are anticipating more attractive prices in the days ahead. We may try to divert some of our materials to Africa if demand in Southeast Asia remains stagnant,” the trader added.

Import prices for Chinese origins in Southeast Asian markets are currently being reported at $780-820/ton for ethylene based PVC and at $780-800/ton for acetylene based PVC, both on a CIF, cash equivalent basis.