by ChemOrbis Editorial Team - content@chemorbis.com
This week, players in China’s and Southeast Asia’s PP and PE markets widely reported that Chinese traders are aggressively re-exporting their PP and LDPE cargoes to Southeast Asia, particularly to Vietnam, in an attempt to deplete high inventories. Weak demand inside China, particularly for LDPE, was cited as the other reason behind the widespread re-exports.

A trader based in Beijing reported that they are giving re-export offers for European LDPE to Southeast Asia as the market level is higher when compared to China.

A Vietnamese trader also affirmed the wide existence of re-exported cargoes from China at more competitive levels than the imports from the Middle East, saying that this situation has also pushed a local producer to lower its PP offers.

A global trader in Vietnam also commented, “Our Taiwanese supplier revised its PP offers down this week given softer propylene costs. However, they are still not as low as re-export offers from Chinese sellers. This has also influenced our sales. We are sidelined for now in order to monitor the market.”

As reported earlier this week in a ChemOrbis Daily Headline , the PP market in Southeast Asia has already moved back above China by more than $100/ton, although this premium was previously at and below $50/ton. 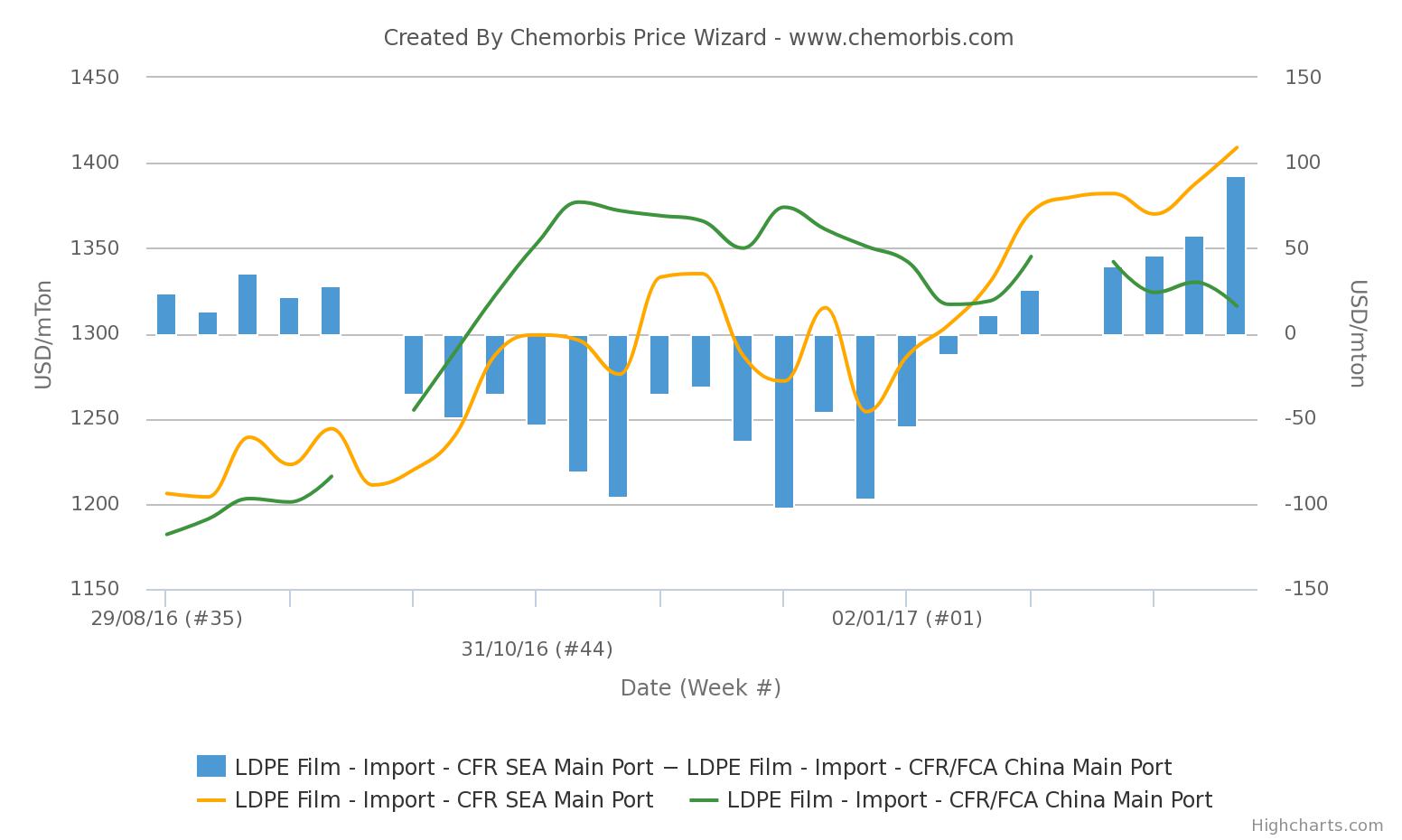