Conditions in place for oil rally to continue, but potential headwinds lie ahead

by Başak Ceylan - bceylan@chemorbis.com
Global crude oil prices tallied a third weekly gain to finish at more than a two-year high on Friday, June 11. The increases were supported by a new report, which forecast oil demand surpassing pre-pandemic levels by the end of 2022. Although conditions seem to be in place for gains to extend into a fourth week, analysts warn of potential headwinds that could threaten the rally.

Oil resumed upward trend in May amid rising optimism

In May, crude oil futures prices staged a rebound after a stall in April, largely as a result of rising optimism with an accelerated recovery in demand. The ongoing COVID-19 vaccination efforts as well as the easing of lockdown restrictions all bolstered investors’ optimism and partly overshadowed the rising cases in some Asian countries.

Brent futures prices closed above $70/bbl for the first time since January 2020 on June 1 and futures price for West Texas Intermediate (WTI) crude oil also made a strong start to the month. On June 11, global oil prices closed out a third straight week of gains. 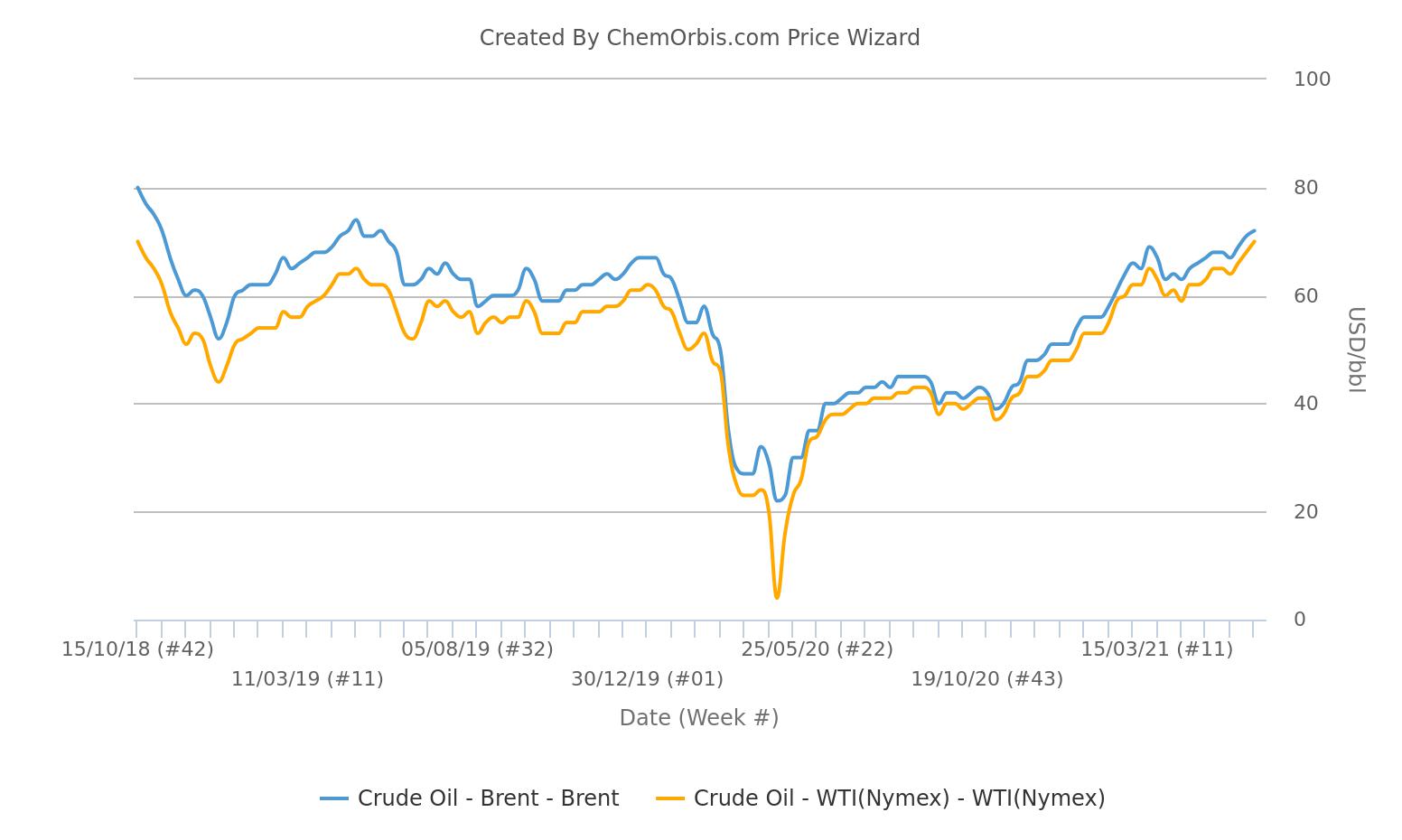 A report released by the International Energy Agency (IEA) on June 11 forecast global oil demand to return to pre-pandemic levels by the end of 2022, following a record decline of 8.6 million b/d in 2020. The report also highlighted the bullish oil fundamentals, calling for OPEC+ to open the taps to keep the markets supplied.

In a monthly report published on June 10, the Organization of the Petroleum Exporting Countries (OPEC)) kept world oil demand growth estimates unchanged at 6 million b/d, with total oil demand standing at 96.6 million b/d. OPEC also said that they expect the recovery in global economic growth and in oil demand to gain momentum during the second half of the year.

At the same time, several analysts pointed out the potential headwinds that could arise from the US-Iran nuclear talks. The US and Iran have been holding indirect meetings over the past two months on reviving the 2015 Iran nuclear deal. On June 14, media reported that a broad agreement was reached by both parties over the lifting of sanctions on its industrial sectors, including crude oil.

Trump administration imposed a raft on sanctions on Iran as part of its “maximum pressure” campaign after withdrawing from the Joint Comprehensive Plan of Action (JCPOA), also known as the "Iran nuclear deal”.

Although OPEC+ signalled confidence that markets could absorb the expected return of Iranian production and exports, some analysts said that a brief sell-off was highly likely in case of a possible deal. According to the IEA’s estimates an additional 1.4 million bbl/d could be brought to market in relatively short order if sanctions are lifted.