Crude oil dives more than 25% after peaking in early October

by ChemOrbis Editorial Team - content@chemorbis.com
Data from ChemOrbis Price Wizard showed that on November 23, the two international benchmarks for crude oil have plunged more than 28% and 25%, respectively since their peak in early October. 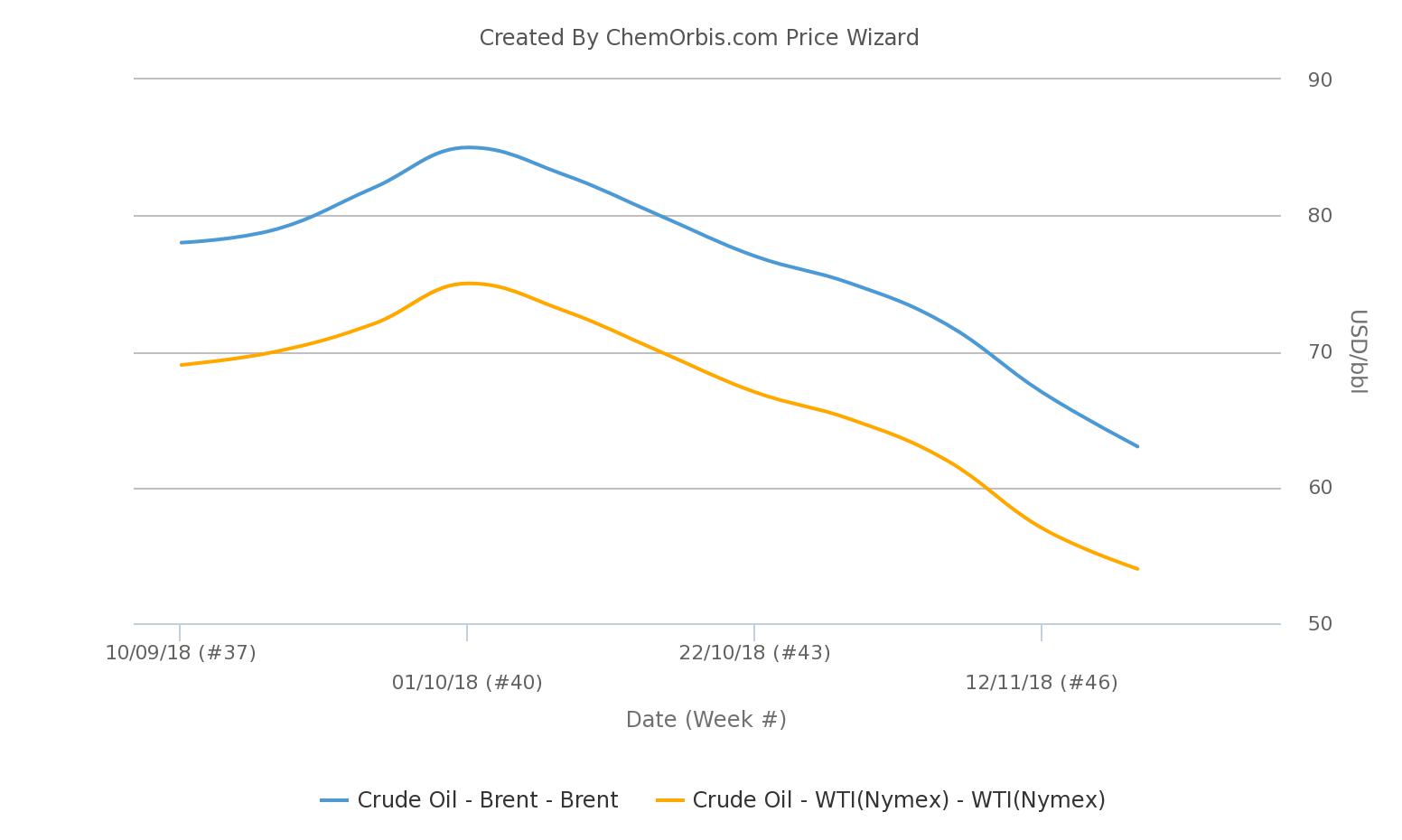 The latest drop was partly driven by weaker trading activity, as the US commodity markets were closed for the Thanksgiving holiday. Meanwhile, the latest inventory data from the Energy Information Administration (EIA) showed that the monthly US oil production surpassed 11 million barrels/day for the first time in August. Economists argued that this also played a role in the most recent losses, sparking fears of oversupply.

OPEC and non-OPEC members meeting in Vienna on December 6 are expected to cut oil production in an attempt to halt price falls in the energy complex.