Crude oil on NYMEX below $50 first time in 3 months

by ChemOrbis Editorial Team - content@chemorbis.com
Crude oil prices posted significant falls in the last two days with NYMEX dropping weekly by 7% and Brent by 6%, the biggest falls since mid-November. On Thursday, NYMEX was down $1/bbl to settle at $49.28/bbl to stand below $50, for the first time since December after OPEC’s oil-cut agreement, and is currently trading at around the same levels as of Friday morning while Brent declined 92 cents to settle at $52.19/bbl Thursday evening and is currently trading at $52.54/bbl.

The sharp fall in the last two days, especially in crude on NYMEX, was mainly driven by US stock piles, which create concerns over supply-demand balance, according to Reuters. The data showed that stocks in the USA soared by 8.2 million barrels last week and reached a record of 528.4 million barrels. It was also reported that the country speeded up oil drilling with producers intending to increase crude production in North Dakota, Oklahoma and other shale regions along with the significant rise in America’s largest oilfield, Permian. 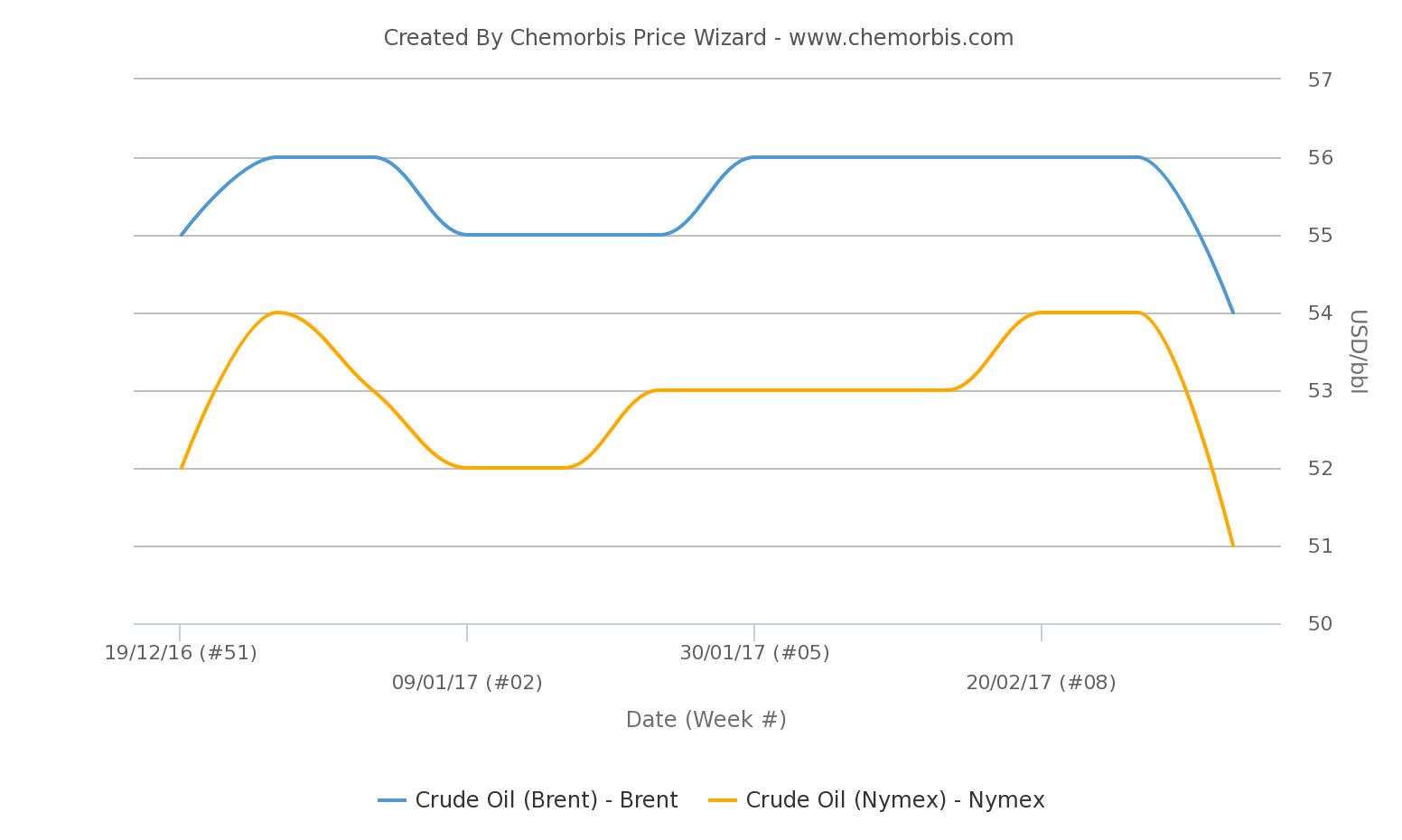