by ChemOrbis Editorial Team - content@chemorbis.com
According to media reports, The Organization of Petroleum Exporting Countries (OPEC) expects crude oil prices to gradually rise to $80/barrel by 2020 due to decreasing oil supply outside the organization. According to a report released by OPEC, the average oil price will rise by $5/barrel annually from an average of $55/barrel this year.

NYMEX and Brent futures declined more than 50%, according to data from ChemOrbis Price Wizard, due to OPEC’s strategy of maintaining production to defend its global market share against unconventional oil production from non-OPEC countries such as the US. 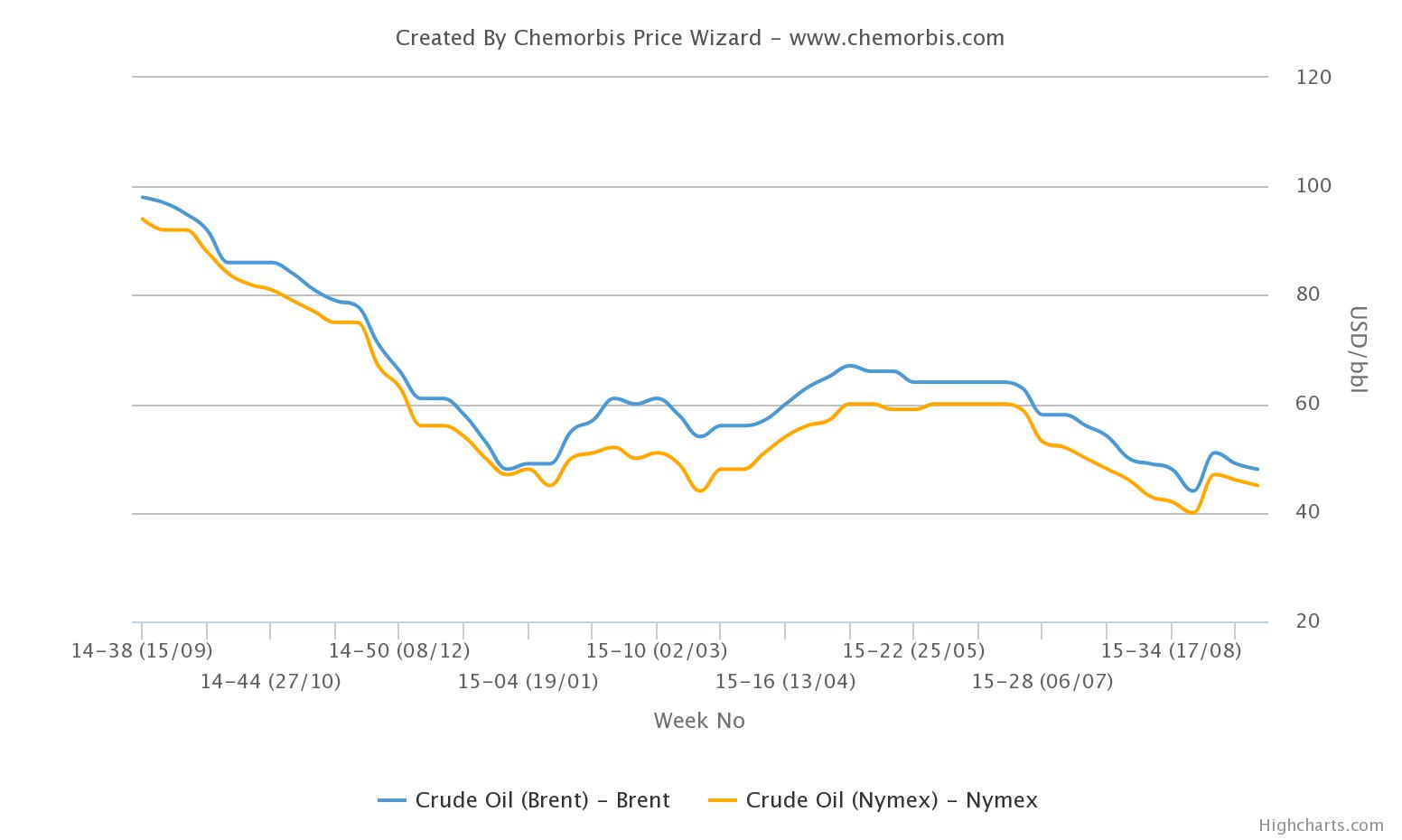