by ChemOrbis Editorial Team - content@chemorbis.com
Crude oil prices have hovered around their highest levels in 3 years this week with Brent futures touching the $70/bbl threshold and WTI futures going above $64/bbl on Thursday. The crude rally has reinforced the bullish trend in several global PP markets with prices hitting multi-year highs in China, Turkey and Vietnam.

According to the weekly average data from ChemOrbis Price Index, both China’s and Turkey’s import homo-PP markets have reached their highest levels of two and a half year. 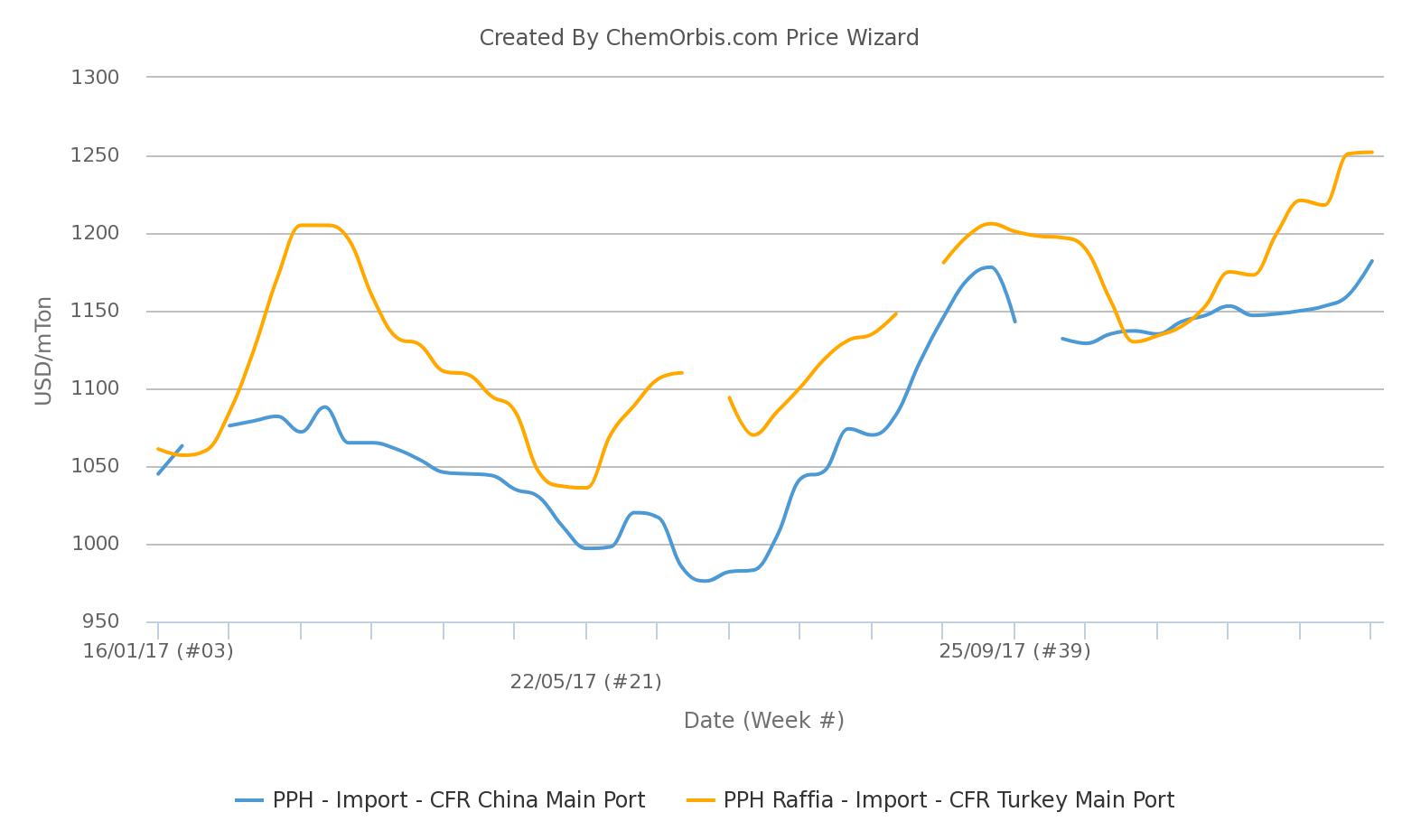 In China, the increasing trend that has been in place since mid-October has gained pace on the heels of upstream markets, where crude’s rally have also triggered the gains for naphtha and propylene. Relatively restricted import cargos to the country and the higher futures market also supported the uptrend. Another factor to reinforce the spike has recently been China’s ban on scrap plastic imports as it boosted demand for virgin grades.

“Sellers have achieved higher deals owing to the fact that end users kept their inventories low in the last couple of months. Supplies appear to be limited due to a number of factors including reduced coal-based PP output on part of domestic producers, the ban on imports of scraps and reduced number of offers for deep sea cargos,” a Ningbo-based trader stated.

In Turkey, players preserve their firm expectations for the near term mainly given the lack of sufficient PP supplies. Surging propylene costs and China’s PP market are also contributing to the strong sentiment. A bcf converter commented, “The market may sustain its firming until March. We had to pay higher prices this week while several cargos were offered for February deliveries with renewed hikes.” Yet, a few players noted that the import market in Turkey has gained significant premium over China and argued, “In case supply finds a relief, the market may see the peak as they have already risen notably.”

Vietnam’s local PP market also reached more than two-year high following the gradual hikes seen since November, according to ChemOrbis Price Wizard. “We received additional increases of $10/ton for import PP this week and our lower bids were not accepted by sellers,” a converter reported. Another buyer purchased some PP given his concerns about further firming in prices.