by ChemOrbis Editorial Team - content@chemorbis.com
In Europe, players started to voice their expectations for next month after concluding November deals with mostly rollovers despite initial hike attempts. Slight decreases were observed in the contract market of Northwest Europe. Approaching year-end, mounting monomer supplies as well as lower energy markets triggered softening expectations on part of most players. 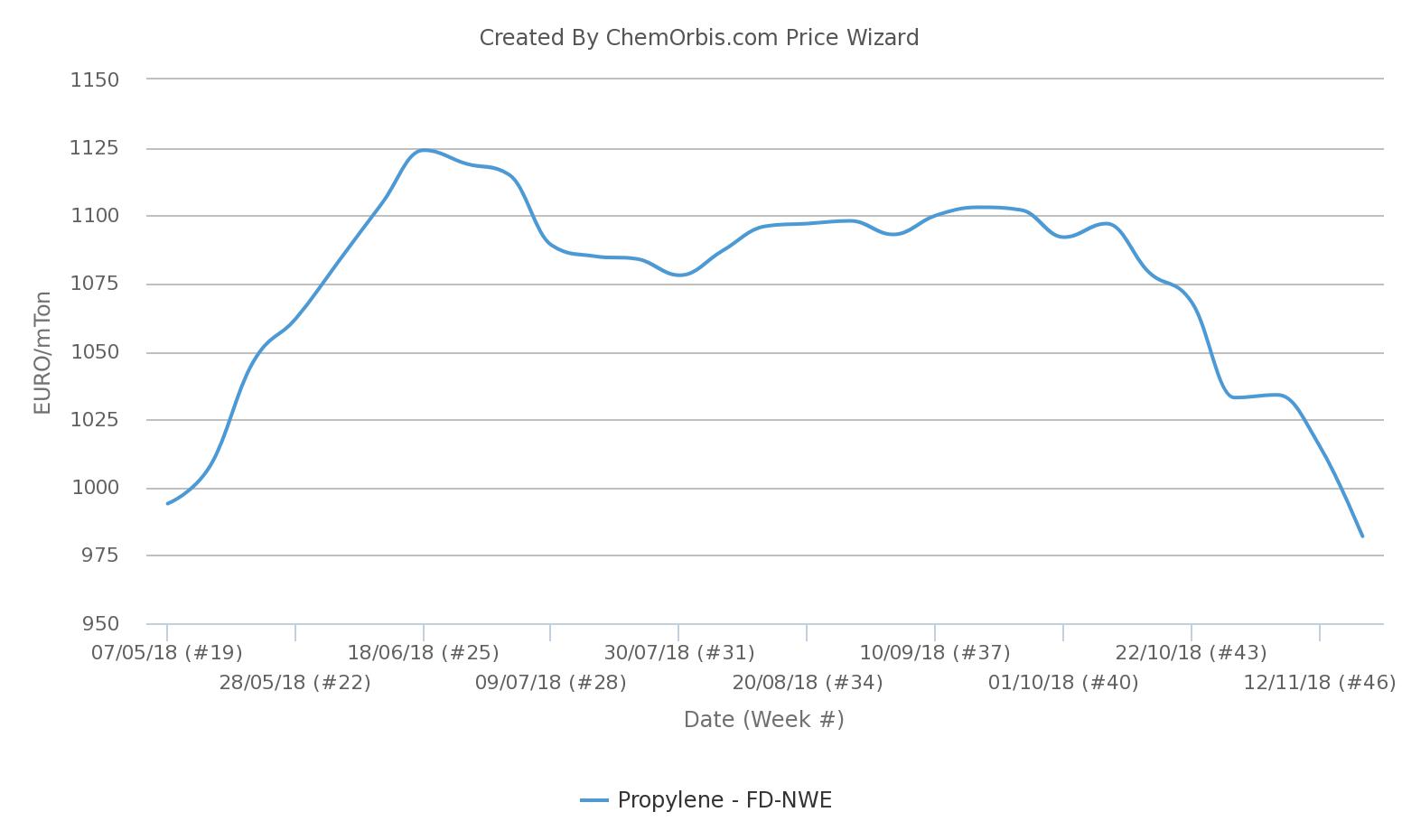 Players heard about possible decreases of €10-20/ton in the December propylene contracts in line with lower naphtha costs. According to weekly average data, spot naphtha prices on CIF NWE basis have declined by around $205/ton since the beginning of October to hit their lowest level in more than a year.

A PP buyer from Italy commented, “As for December, we expect a softer trend as the market lacks support from the upstream side.”

Players also think that PP prices might have some room to go down as they already stand at very high levels. A distributor affirmed, “It is highly likely to see decreases for PP as prices are deemed high and lower feedstock costs exert pressure.”

“Overall polyolefin demand is weak in Europe. We do not expect to see a revival in buying interest in December,” a reseller in Switzerland remarked.