by ChemOrbis Editorial Team - content@chemorbis.com
In Europe, PE sellers mostly had to concede to rollovers or small decreases due to the weak demand stemming from bearish May expectations on the buyers’ side.

Buyers’ limited buying interest ahead of the Easter holidays played a role in increased supplies, particularly for HDPE grades. Switching to the biodegradable products instead of HDPE film also reduced consumption for this product. “There are competitive non-European HDPE offers from traders who are rather aggressive,” regional players agree. 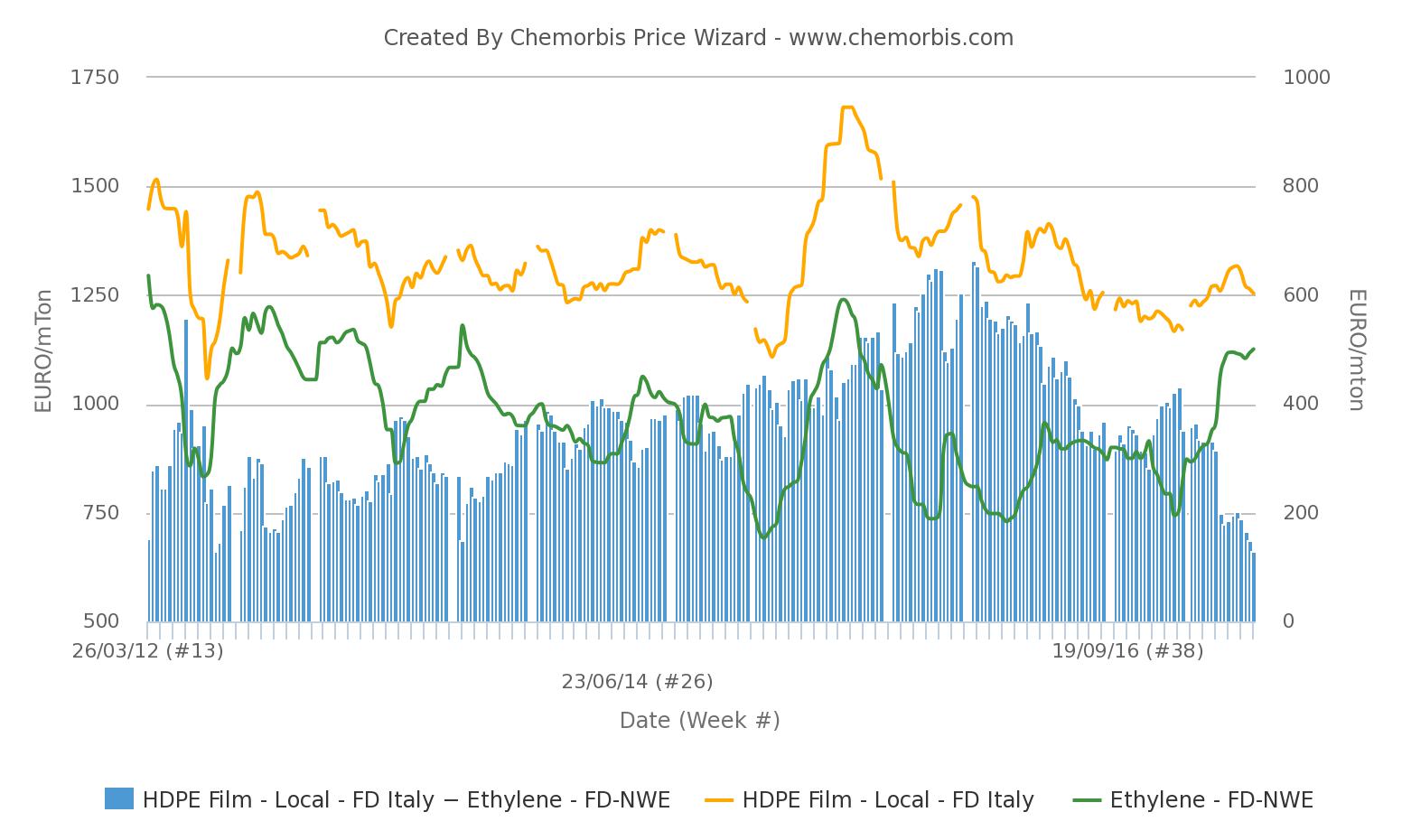 A distributor from Italy noted, “Our West European supplier came lower on its April offers to match the current market level. We concluded deals with €50/ton decreases for HDPE b/m and injection and we expect further decreases in HDPE prices as there are competitive offers in the market.”

However, another distributor from Germany reported, “Stronger crude and naphtha costs along with the recent increases in the spot ethylene market may prevent further decreases in the PE market.”