Delta between ethylene and acetylene based PVC narrows in China

PVC futures on the Dalian Commodity Exchange posted a weekly increase of $22/ton as of May 23 and also lend support firmer local prices in China. Plus, ethylene prices in Asia declined by around $150/ton when compared to early May levels.

Data obtained from ChemOrbis Price Index also shows that ethylene based PVC prices on an ex-warehouse China basis are currently traded with a premium of around $38/ton over acetylene based PVC, which is the smallest gap seen since late November 2016. 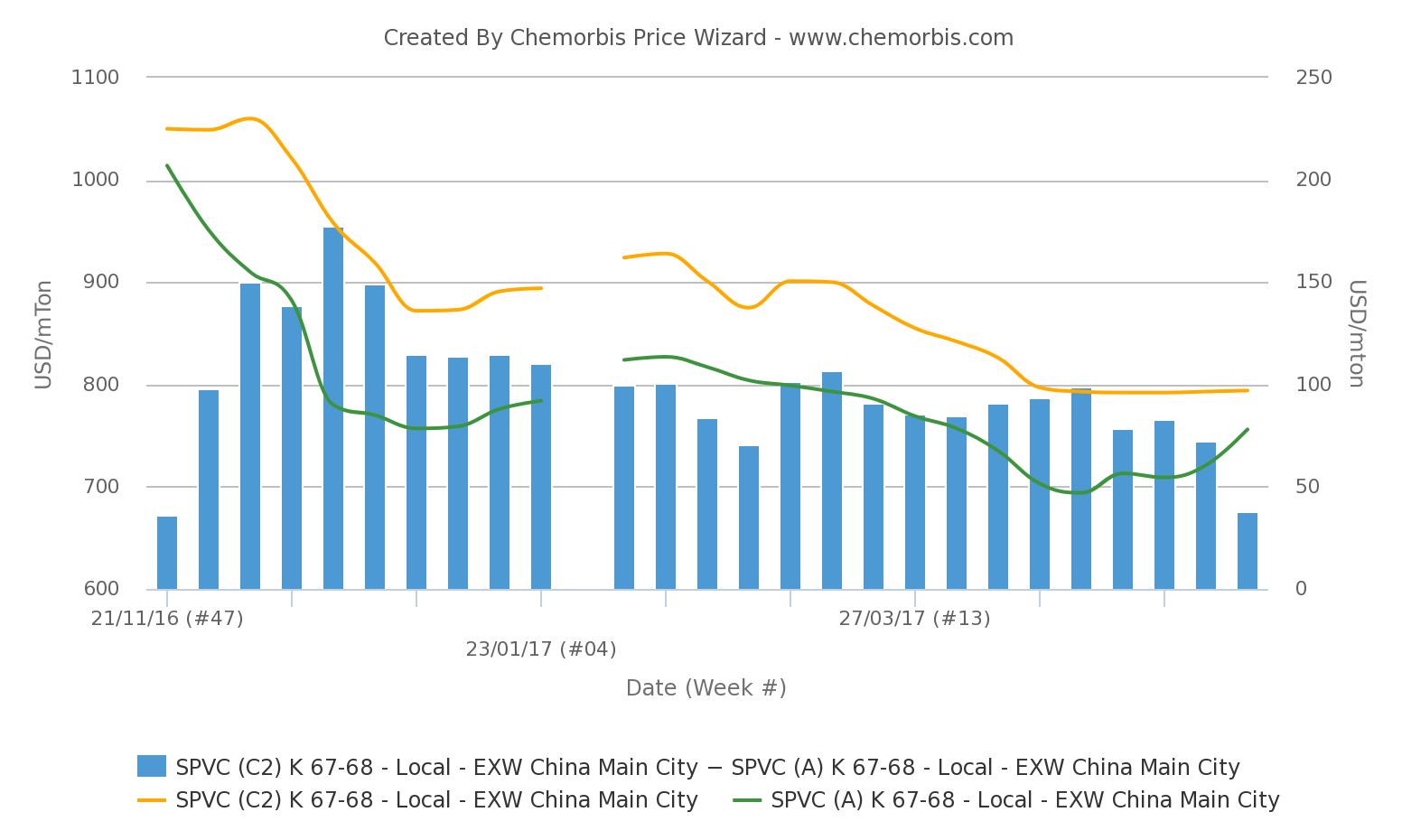 A trader commented, “The gap between ethylene and acetylene based PVC is getting smaller in China due to maintenance shutdowns at several acetylene based PVC plants. We think prices will hover around their current levels and demand will be more important insetting the tone of the market in the near term.”