by Esra Ersöz - eersoz@chemorbis.com
Petchem producers, stuck between the precipitous climb in energy costs and a steep decline in demand, have been forced to lower run rates around the globe, particularly since June. Although this has resulted in an unprecedented cutback in the petrochemical supply chain, any price recovery has proved short-lived so far, as underlying demand is fundamentally not there.

The industry has been facing an uphill battle. Most prices have slumped conspicuously, being back to their pre-pandemic market league - except for energy costs and PVC in Europe. Under balanced market conditions, they should go up from here given the current production and utility costs; however, demand is so dire that the markets end up facing only brief recoveries, if not staying stable or falling further.


“Lowering or stopping production is the fastest and easiest way to cope with demand destruction in the midst of the looming recession. However, it also has a big cost, as lower production rates cannot be maintained for long, and shutting a cracker or a derivative plant is not feasible for a short period of time,” lament sources close to the producers. Managing supply is considerably harder when there are also massive capacities arriving.

A brief look at upstream markets

Starting with crude oil, markets were rattled by the OPEC+ decision to go ahead with the deepest output cut of two years, which is 2 million barrels per day. This aimed to halt the decrease in oil prices amid a weakening global economy despite the pressure from the US to pump more oil in a bid to lower energy prices and cope with the rampant inflation.

Although this news helped prices gain 10% and breach/approach the $90/bbl threshold in the first week of October, both Brent and WTI (NYMEX) futures could not hold onto their gains later in the month as they have receded 5% recently due to the worries over a global economic downturn continuing to plague the demand outlook.

As for olefins, producers have been cutting run rates since March 2022 to manage supplies. Propylene prices were in a sharp decline both in Asia and Europe until recently. Ethylene prices, meanwhile, have tried some recoveries but failed to maintain them.

Propylene producers in Asia have somewhat managed to restrain the downturn through rate cuts as spot prices have stayed range bound since August. Asian ethylene prices, meanwhile, saw some recovery in the same timeframe but could not hold onto it as the lack of demand has been outpacing supply cutbacks. 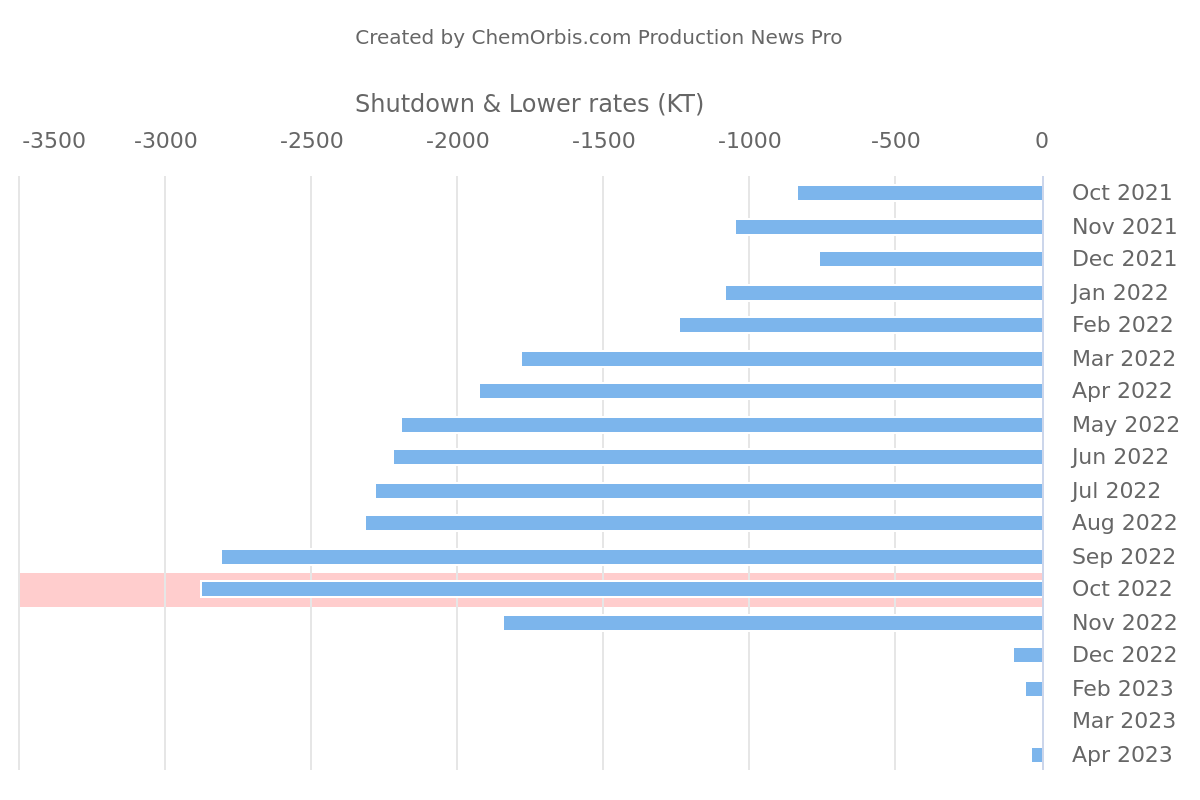 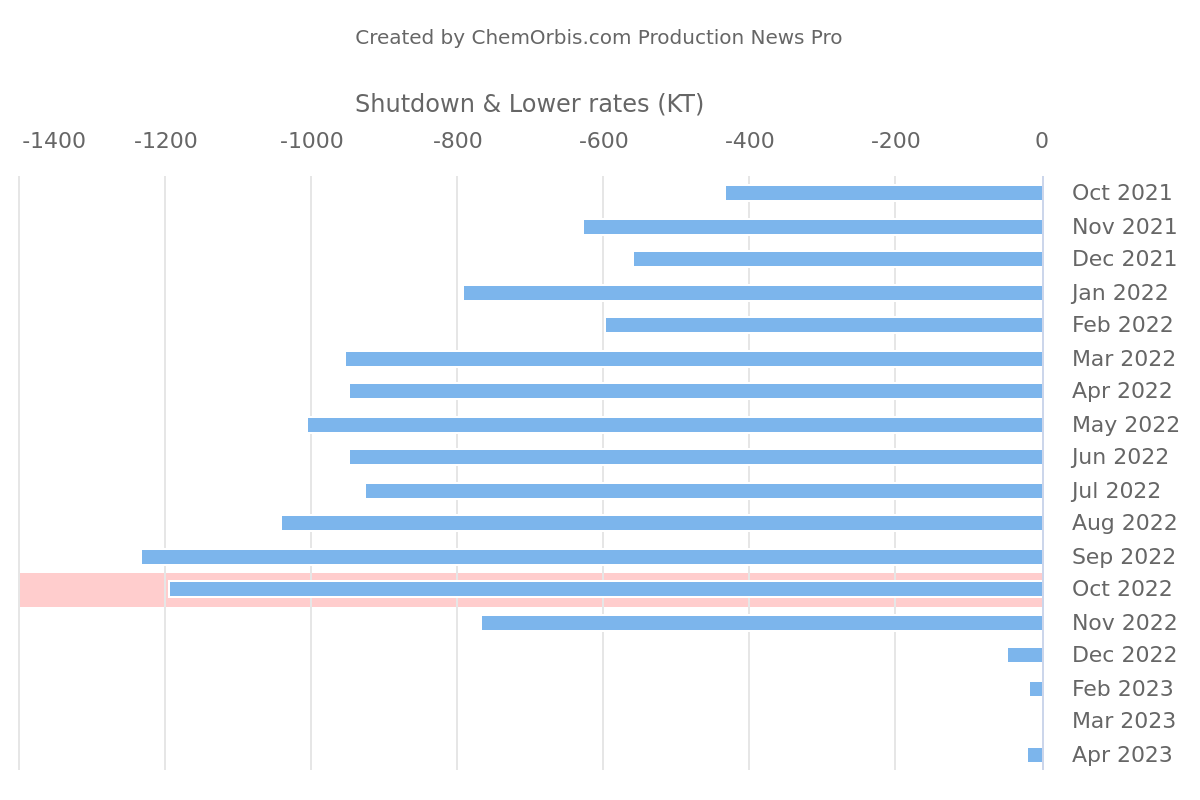 The hopes about seeing an ease in restrictions and lockdowns in China after the congress have largely faded and weighed further down on the sentiment across all markets. Even though China returned from a week-long holiday on firm footing in early October, this
could not be sustained in PP and PE markets.

Southeast Asia is no different than China as both PP and PE markets turned down, failing to maintain the rebound witnessed in mid-September with support from tighter availability after a 6-month downturn. The Southeast Asian market is also under heavy strain from US offers.

Recovery in India’s PP and PE markets has also stayed elusive despite bullish expectations of demand rising around the Diwali festival season in October and the year ahead.

Asian PVC markets were also rattled by the latest price cuts of a Taiwanese major, although the slump had slowed down to some extent back in early October. China’s highly likely decision to stick to zero-covid policy has apparently played a role in the big decrease, while falling local currencies crimp demand further and US shipments exert competitive pressure on regional prices.

Europe has suffered the most from the sharp and rapid hikes in energy costs upon Russia’s war with Ukraine. Leaving behind the K-Fair held last week in Germany, European players seem highly concerned by the energy crisis heading into 2023. 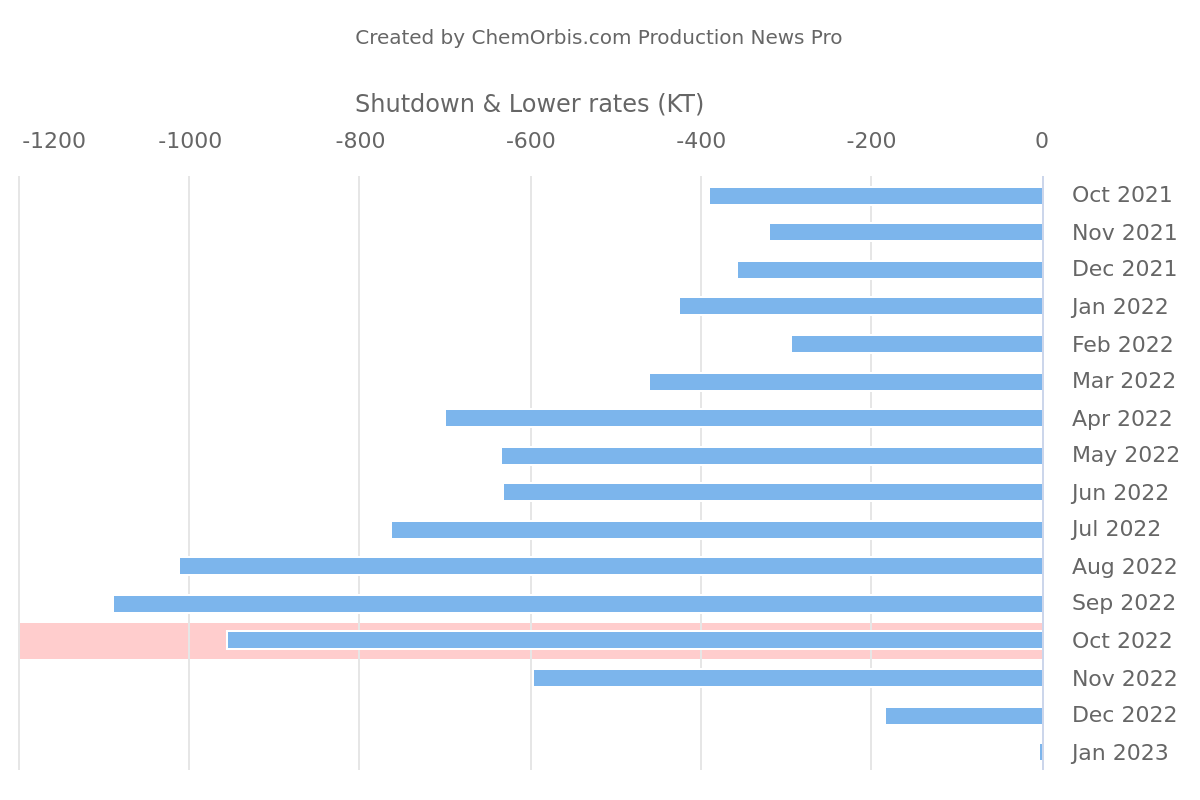 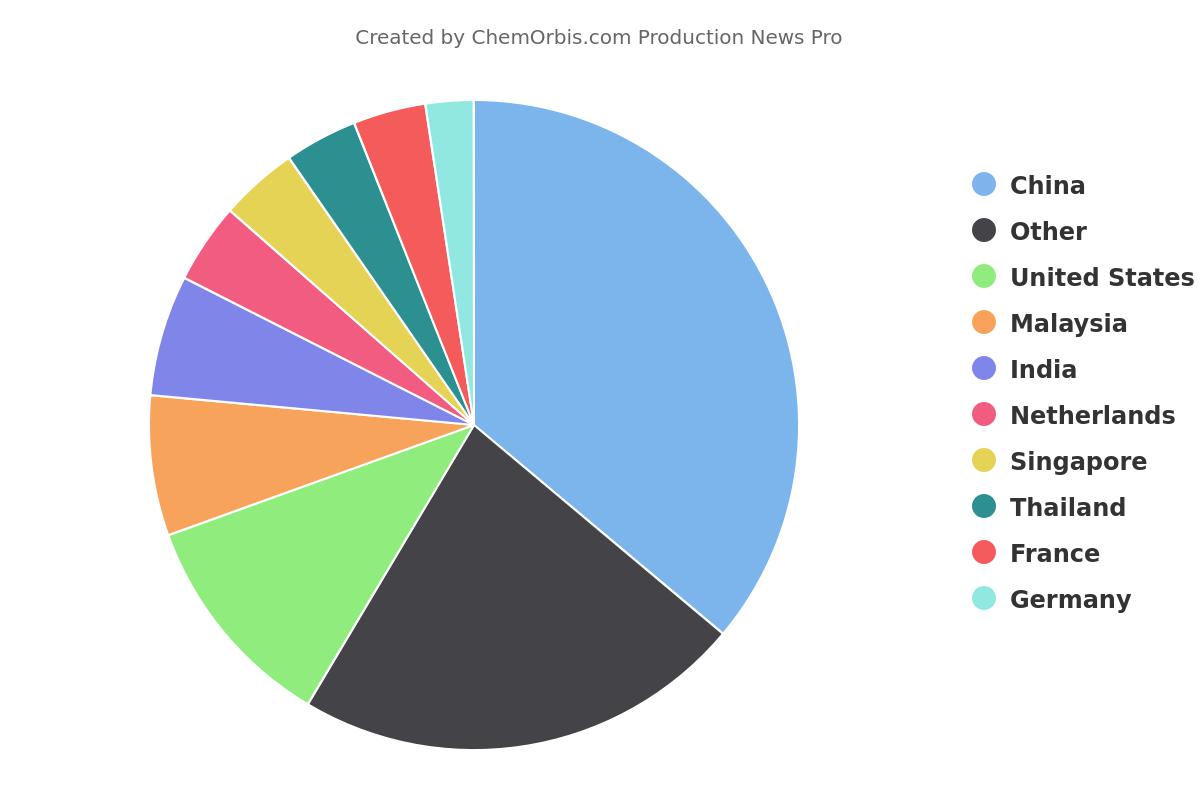 PP, PE producers gripped by cost burden asked for price increases in October after a 5-month downturn but had to step back from initial hike requests and could not fully reflect the energy surcharges they issued due to demand slump. The situation is expected to be similar next month, as well.

PVC prices , meanwhile, continued to move south as they are still well above the pre-pandemic levels. With most sectors lowering run rates and the winter around the corner, weakness in demand seems here to stay, outweighing lower run rates and high energy costs.

The PP and PE markets saw some rebound in September and early October, after large declines of more than 5 months. Nevertheless, demand concerns have been put back in focus in the PP market, leading bearish expectations for November. The sentiment for PE also lost momentum in the second half of October, yielding to waning demand amid the end of the season and a blurry economy.