by ChemOrbis Editorial Team - content@chemorbis.com
Most Asian currencies have tumbled against the US dollar over the past month due to escalating trade war tensions across the globe. Players in Southeast Asia’s PVC markets note that the weaker currencies coupled with low supply levels have recently exerted upward pressure on local offers despite the fact that demand is not strong given the low season.

In Vietnam, a domestic producer announced its July PVC prices to the local market as of this week with increases of VND1,180,000-1,280,000/ton ($51-56/ton with the recent parity) when compared to June. A producer source attributed their hike decision to limited supplies inside the country as well as the recent depreciation of the Vietnamese dong against the US dollar.

Another Vietnamese PVC producer said, “Demand is limited given the rainy season. However, local prices are likely to gain ground in the face of the weaker dong.” 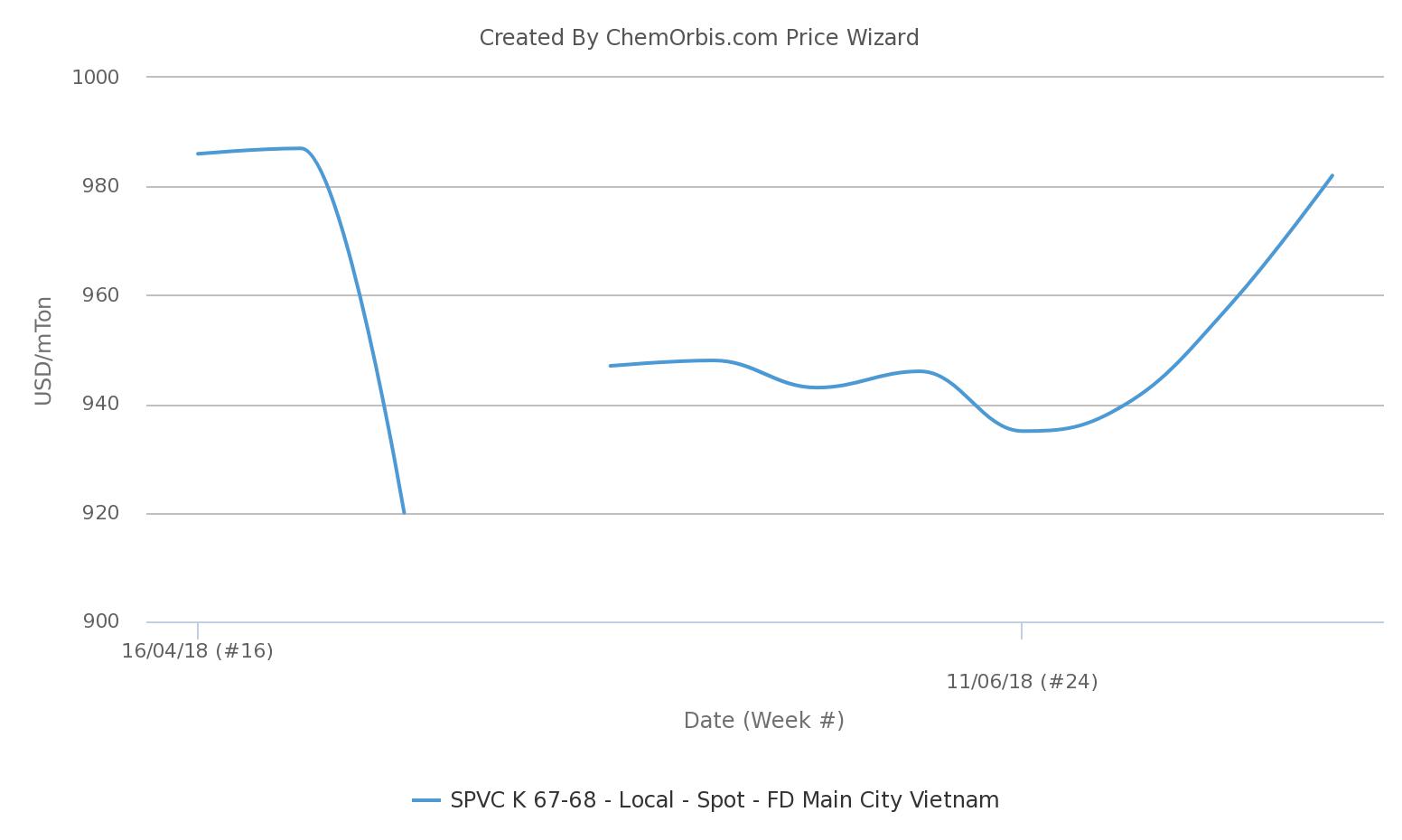 In Indonesia’s local PVC market, players were yet to receive new July offers at the time of press. A compounder commented, “The rupiah has been depreciating against the US dollar recently. We think that the currency issue will push local PVC suppliers to approach the market with higher offer levels for July. Plus, local supplies are limited.”

A trader in Malaysia applied slight increases on his local PVC k67 prices last week, saying, “We adjusted our offers up given the depreciation of the ringgit against the US dollar. Demand is not strong as buyers prefer to remain sidelined.”

A Thai converter also reported, “We have heard that a domestic producer is planning to lift its July PVC offers by around THB3000/ton ($90/ton with the recent parity). PVC consumption is quite slow in Thailand nowadays given the rainy season, yet the market is facing upward pressure from the depreciating baht against the US dollar.”