by ChemOrbis Editorial Team - content@chemorbis.com
It was around mid-May, when players first started to question as to whether PS prices in Asia reached the bottom after a four-month-downturn and sellers seized a chance to approach the market in the latter part of May with increases considering firmer styrene prices at that time.

However, both China’s and Southeast Asia’s PS markets have been witnessing divergent pricing policies since then.

In early June, several PS suppliers’ hike requests to China caused hesitations in the market. Although they were open to give discounts, buying interest did not revive until now. Their hike attempts appear to have mostly failed recently.

Within the same period, the Southeast Asian market witnessed different pricing policies. Some sellers attempted for higher prices while some cut their offers. The market remained unresponsive to firmer levels in general given lower butadiene prices along with weak demand. This week, some suppliers started to revise their offers up again although they admit facing very limited response from buyers.

There are several reasons behind this fluctuation. First and foremost, the upstream markets have been quite volatile. As can be seen in the graph below created by ChemOrbis Price Wizard, crude oil prices have been losing ground since mid-May on average after rising for two consecutive weeks. Spot styrene prices, on the other hand, have been posting increases since early June after fluctuating in late May. Meanwhile, spot butadiene prices have retreated by $100/ton since the beginning of this month. 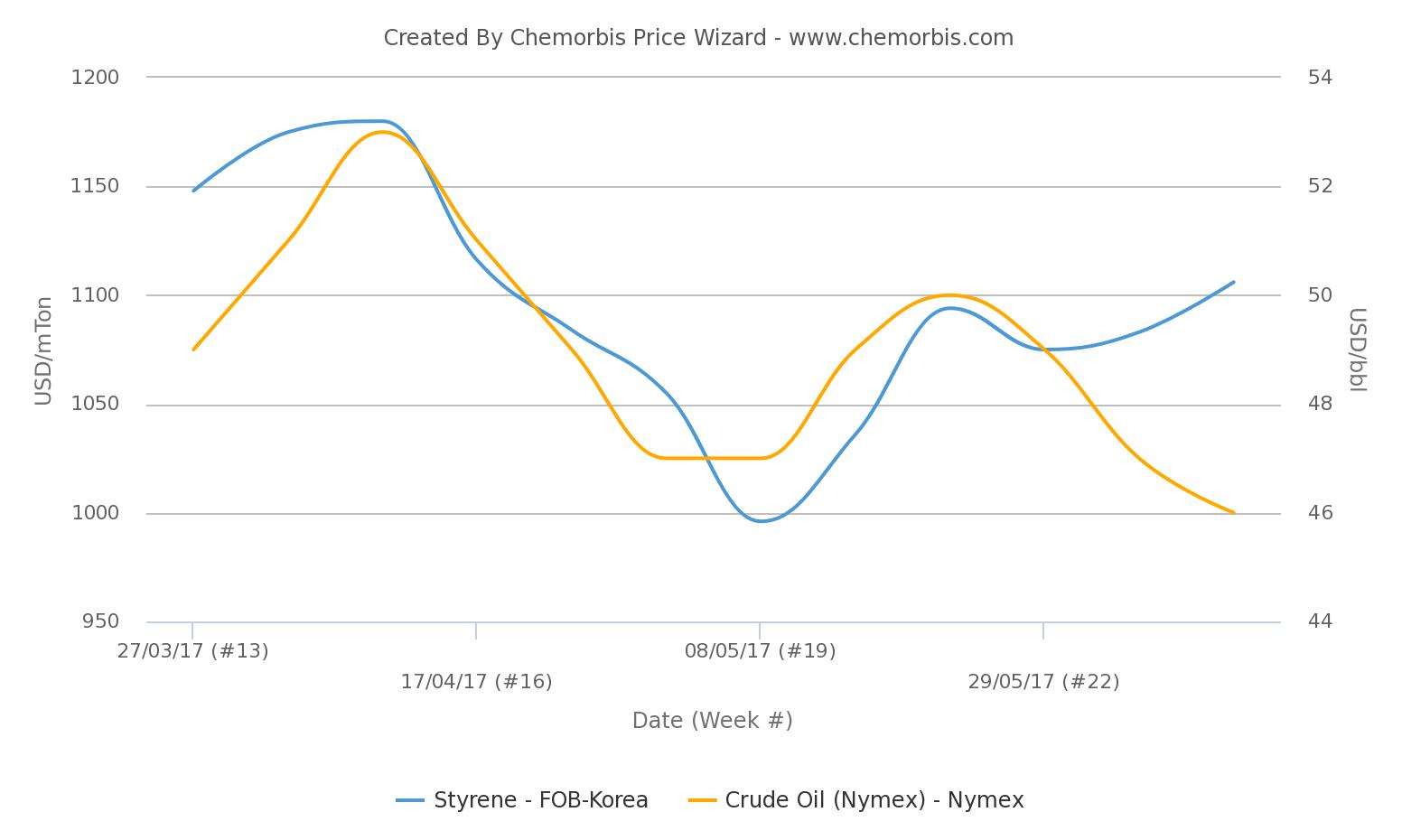 Second, demand has been very thin across Asia. It is the low season for many PS applications while the rainy season and Ramadan have also contributed to the sluggishness of demand in the Southeast Asian market.

An Indonesian trader reported that their South Korean supplier raised its PS offers this week after revising its prices down for two straight weeks. “Buyers are refraining from any purchases nowadays given the road ban which will start by the end of this week. Therefore, we don’t think prices may stand at these levels for too long,” the trader opined.