by ChemOrbis Editorial Team - content@chemorbis.com
In Italy, the downward PVC trend, which started in November 2014, is seen extending into February after the ethylene contracts settled down €70/ton from January. However, decreases appear to have lost speed compared to last month. Spot PVC prices are down by €20-30/ton on the week at €650-695/ton for k67 and at €660-720/ton for specialty grades FD, 60/90 days.

Following the latest February reductions, spot PVC prices have reached their lowest levels since the second half of 2009. 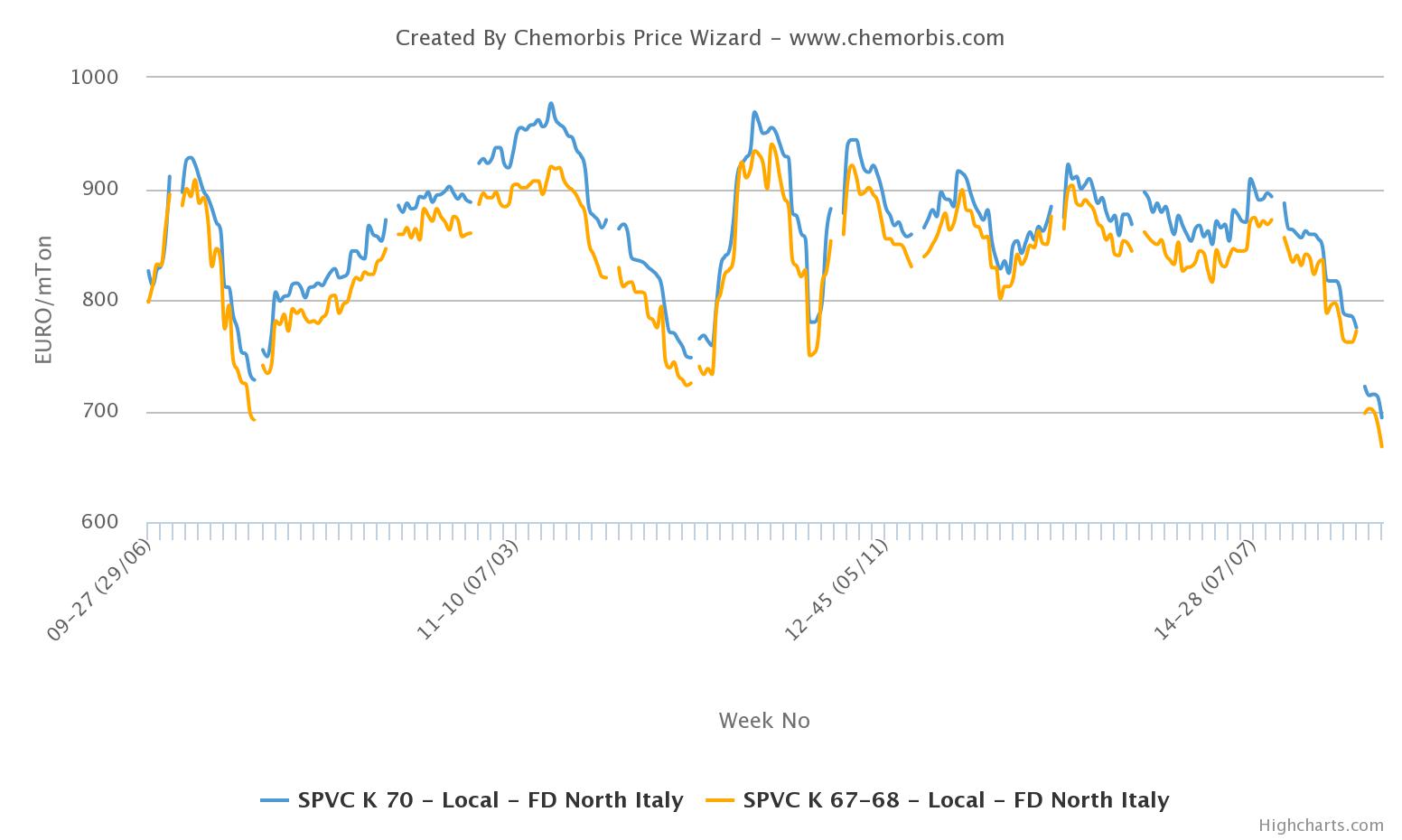 A South European PVC producer announced decreases of €20-25/ton on their February prices. A producer source said, “We think that PVC prices are drawing near the bottom and that buyers might buy more volumes this month.”

In the distribution market, initial February PVC prices are emerging with decreases of €25-30/ton from last month as most sellers are unwilling to concede to larger discounts, commenting that the weak euro/dollar parity could lend support to exports on the producers’ side. Even though buying interest is still not buoyant so far, sellers are confident about a pick-up in demand in the days ahead, assuming that February might be the last month of the prevailing downward trend.

A compounder reported buying small volumes of spot PVC with decreases of €40/ton from last month at the low ends of this week’s ranges. The buyer is evaluating whether to secure extra volumes or not based on the assumption that PVC prices will hit the bottom soon.