by Merve Sezgün - msezgun@chemorbis.com
According to data from ChemOrbis Price Index, India’s import PVC market has been softening since the weekly average of prices stabilized at around a six-month high three weeks ago. Declining demand has put downward pressure on prices ahead of April discussions.

The overall range for import PVC k67 prices for Far East Asian origins has decreased $10-20/ton from last week while the local market has chased a stable to INR2500/ton ($36/ton) softer trend so far this week. 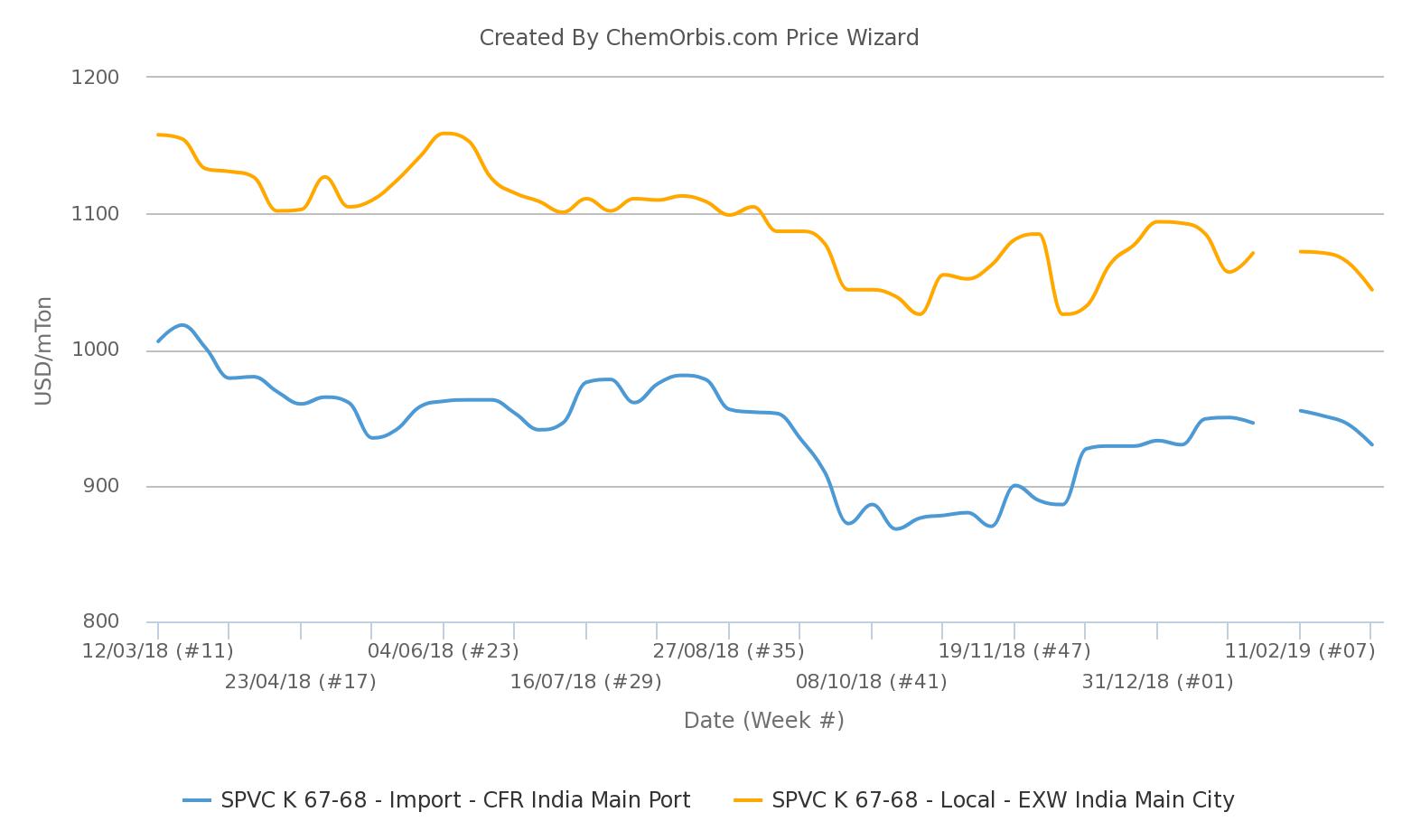 Despite the ongoing season, buying appetite has been curbed by a few factors recently.

Market sources reported that the Indian government is currently conducting a sunset review regarding its anti-dumping duties on PVC imports from China, Thailand and the US.

“Buyers prefer to stay sidelined nowadays as there might be some changes in the anti-dumping duties after the government concludes the sunset review,” a trader opined.

India started to implement anti-dumping duties on PVC imports in June 2014, with a validity period of five years.

PVC buyers have turned cautious as was previously expected due to the upcoming general elections which are due to be held between April and May.

A trader said, “Demand is not as strong as it was last month. Buyers have already started to limit their purchases according to their urgent needs as they think that the market might face uncertainty in March ahead of the elections.”

A few traders drew attention to the fact that supplies are more than sufficient thanks to the arrival of Russian and Ukrainian cargoes to Indian ports. “Increased supplies in the import PVC market are also weighing on the overall sentiment,” they commented.

Furthermore, offers for such long distance cargoes were reportedly standing below the overall price range for Far East Asian origins.

Declining activity ahead of April announcements

In addition to the above-mentioned factors, PVC activity in India has also declined due to the fact that most players have retreated to the sidelines after wrapping up their March businesses.

“We are now eyeing April PVC offers from mainstream Asian suppliers and we think that new prices may indicate some small reductions of up to $30/ton when compared to March,” a buyer opined.