by Başak Ceylan - bceylan@chemorbis.com
With less than a week left until the New Year, the uptrend that started around early November remains intact in Egypt’s PET markets. Supported by higher freight rates and healthier demand in export markets, import prices are poised to end the year on a strong note.

Brief look at 2020: From record lows to multi-month highs

2020 was a tumultuous year for nearly every polymer grade across the global markets. As the COVID-19 pandemic escalated, the severity of the lockdowns increased and trading activities were negatively impacted. As data from the ChemOrbis Price Index show, the weekly average of import PET bottle offers declined by more than 20% from mid-January to early November, hitting an all-time low in late September.

However, a notable increase in global freight costs, as well as the developments in upstream and feedstock values, resulted in a wave of hikes in Egypt’s PET markets. These price drivers led to the value of import PET prices increasing from early November to the last week of December.

Import PET prices in Egypt increased by around 5% in the week ending on December 25. This not only represented the seventh consecutive week that prices increased but also the highest levels seen since February 2020, as the ChemOrbis Price Index shows. 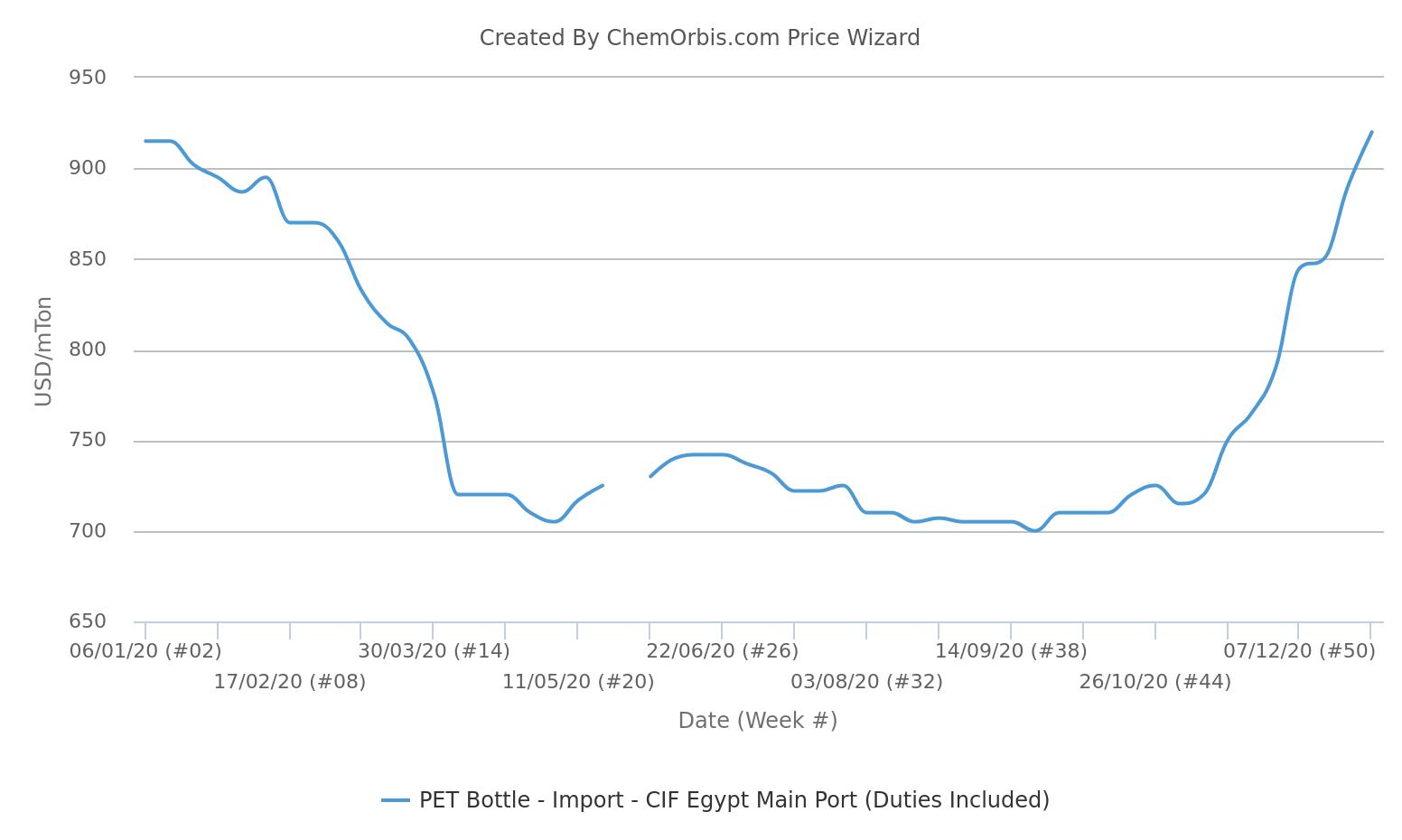 The bullish sentiment stemming from increased freight rates and strong global markets was further boosted by reports of a production issue at a local producer’s plant. The local producer refrained from offering for the second week in a row as upstream supply issues interrupted their production.

This was also reflected in the domestic market, which has seen its own share of increases during the past couple of months. In line with the increases in the import market, local prices increased by nearly 7% during the week and also by 25% in over a month.

Will uptrend extend into 2021?

The outlook for 2021 has been dimmed by volatile market dynamics in Asia, from where Egypt imports much of its PET materials. Lingering COVID-led slowdown in demand also remains as another key factor to watch as we head into 2021. However, soaring freight rates amid a shortage of vessels and containers look poised to keep PET prices elevated over the near-term.