by ChemOrbis Editorial Team - content@chemorbis.com
In Egypt, PVC prices saw a significant rebound in the import market over the past week as a result of tighter supplies from the US. The market had hit a 4-month low in the pre-holiday week before it bounced back to register hefty increases of up to $90/ton in the first two weeks of July. 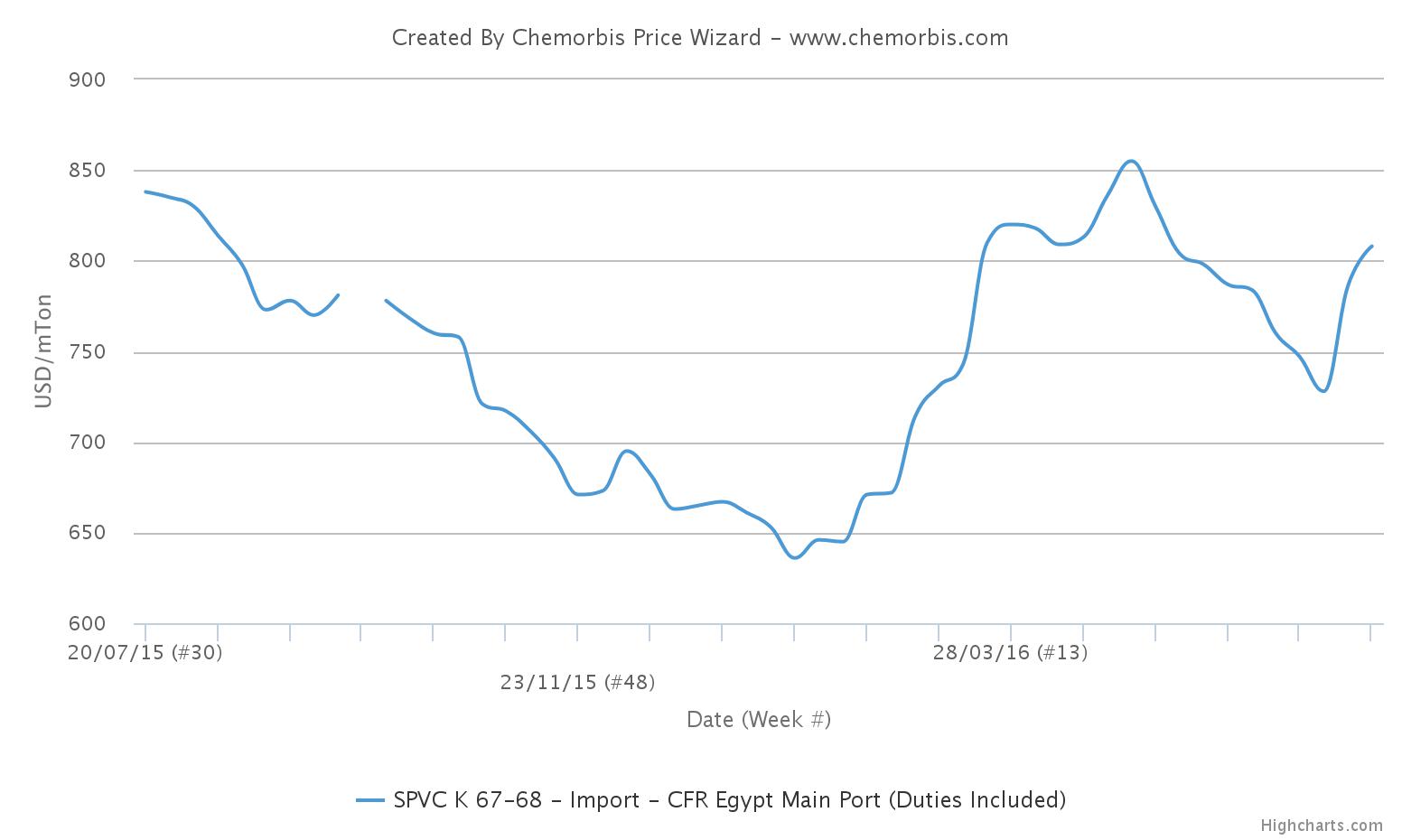 According to data from ChemOrbis Price Index, following the end of the Eid holidays, import PVC prices regained more than half of the losses which were logged during the May-June period. The downward trend was already expected to shift after the holidays due to US Westlake’s PVC force majeure as well as upcoming planned maintenance shutdowns in Asia including the plants of Formosa Plastic, Hanwha Chemical and Taiyo Vinyl.

On the demand side, sellers hold optimistic expectations for the near term given low inventory levels of buyers who had refrained from building stocks during Ramadan amidst a soft outlook. A trader noted, “Demand is still muted due to the lingering holiday lull. However, we believe that more buyers will be interested in replenishing their stocks in the coming days.” A converter said that they started to see better demand for their end products in recent days.

Meanwhile, a couple of players reported receiving offers for an irregular West European origin last week, with prices forming the low end of the overall range. The emergence of these offers was interpreted as a sign that European producers are looking for export outlets ahead of the upcoming holiday season.