by ChemOrbis Editorial Team - content@chemorbis.com
According to data from ChemOrbis Price Index, in Egypt’s local market, polymer prices recorded significant increases over the past few weeks due to the rising USD parity in the black market as sellers try to preserve their margins by reflecting higher replenishment costs onto their offers.

The country has been struggling with a severe dollar shortage that is hampering its import trade for over a year now. In mid-March, the central bank devaluated the local currency by around 14% and restricted forex movements in an attempt to sap a flourishing black market. However, the currency has depreciated further in the black market since then while its premium over the official rate reached its widest in July.

ChemOrbis Price Index data shows that local homo-PP raffia and ABS prices reached their highest levels since August 2015 over the past week while prices for local PE, PS and PET are currently standing at their highest levels recorded since late 2014 when using official exchange rates to calculate prices. 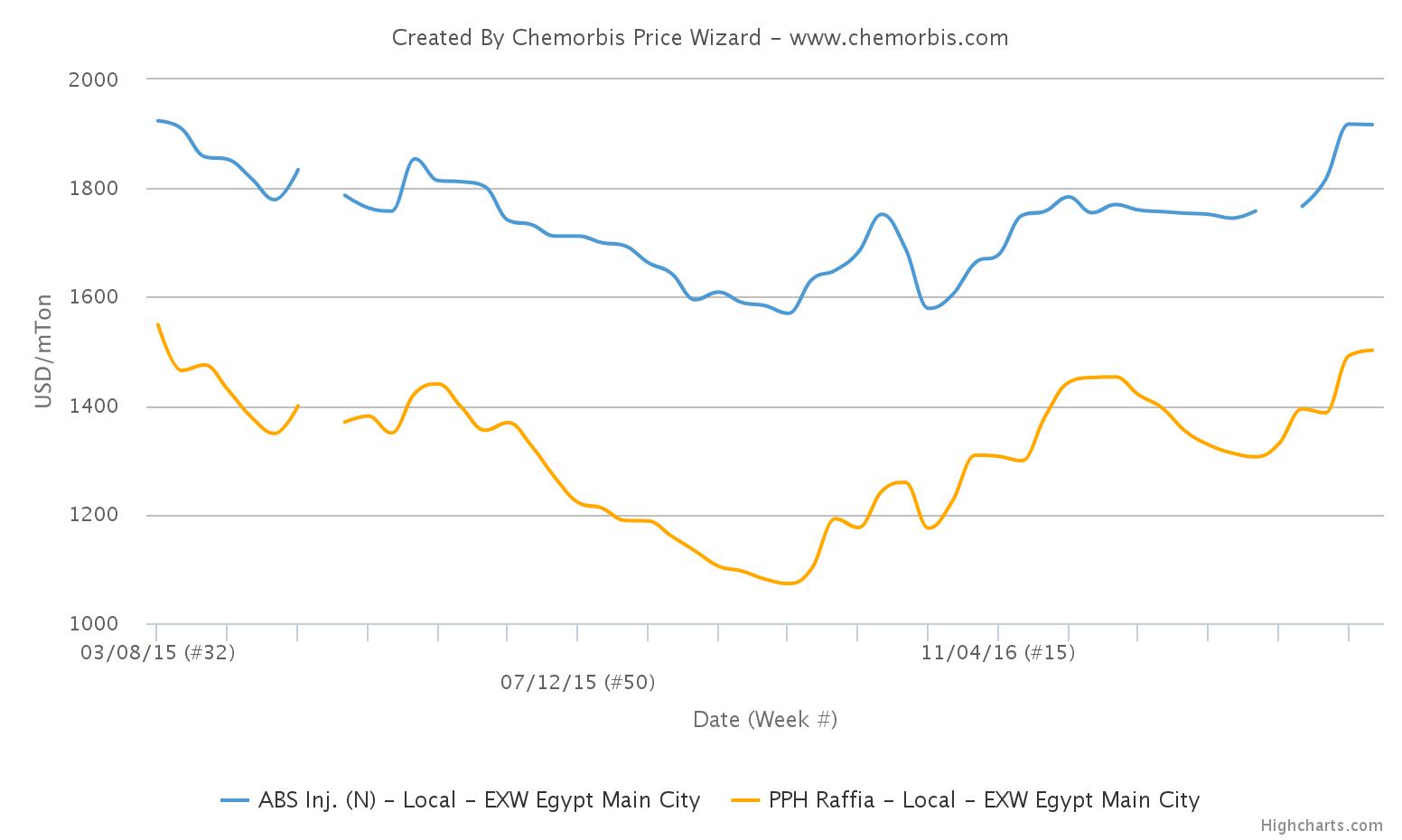 Meanwhile, local PVC offers also witnessed notable hikes in the past few weeks to hit an almost three year high. Prices on a weekly average basis surged by around EGP2200/ton ($250/ton) when compared to the last week before the Eid holidays. The official rate is used for all USD calculations. 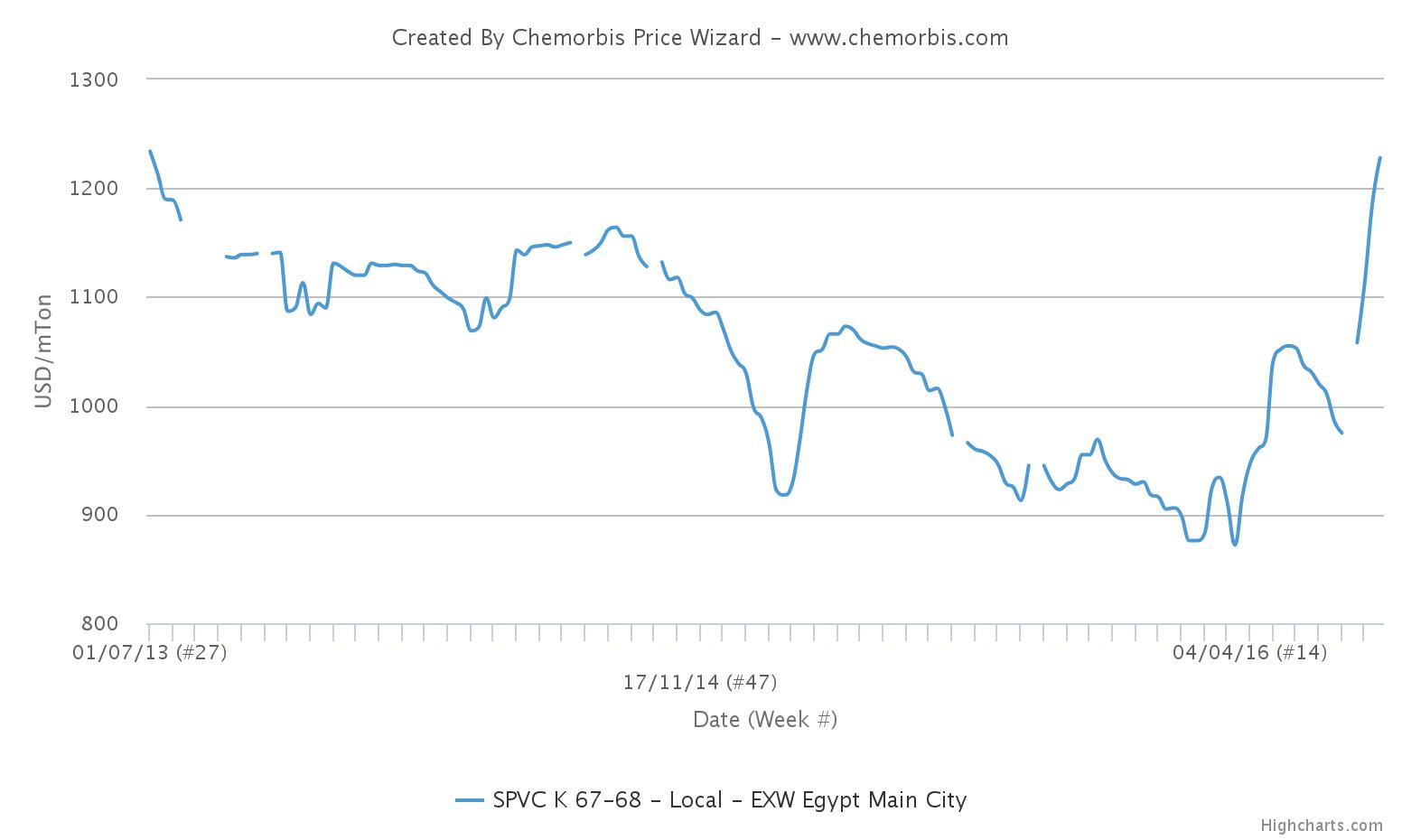 An end product manufacturer operating in the country commented, “Sellers implement major changes on their prices on a daily basis nowadays as they aren’t sure about which direction is right amidst an uncertainty stemming from parity fluctuations. The recent upturn is triggered by the increasing parity while it lacks support from real demand. We are limiting our purchases to our urgent needs as we believe that the current levels are inflated.”

A second converter made similar comments, adding, “Demand for our end products has started to improve slightly since the end of the Eid holidays. However, our business is hindered by the instability in prices. We hope that the dollar issue would be solved soon. Otherwise, local prices are likely to see additional rapid increases in the near term.”

A trader opined, “We have been facing an acute dollar shortage for more than a year, which is hindering import activities significantly. Prices register inevitable increases given limited supplies amidst hampered imports.”

Economists concur that the uncertainty over the Egyptian pound is clouding the country’s investment plans for the medium and long terms. Some speculate that the increasing parity in the black market is putting pressure on the central bank to devalue the currency for the second time this year.