by ChemOrbis Editorial Team - content@chemorbis.com
Egypt’s local PE market posted notable increases over the past weeks on the back of the rising USD parity in the black market. Following the recent hikes, LDPE and LLDPE prices reached their highest levels since the end of 2014 while HDPE film offers hit their highest levels since June 2015 when calculating the new prices using official exchange rates.

A trader reported that prices are firming in the local market due to the rising USD parity and said, “Traders are hesitant on their pricing policies and therefore, purchasing has stopped in the market. Players are reluctant to make any new purchases due to hindered market activity. We are waiting for August announcements and expecting that SIDPEC will implement increases of more than EGP1000/ton ($112/ton) for August offers.”

Several players in the country noted that price escalations in the local market have hindered the market activities as liquidity remains tight.

LLDPE offers also suggested increases of EGP1300/ton ($146/ton) on the low end and EGP800/ton ($90/ton) on the high end on a weekly comparison and are currently quoted at EGP16500-17000/ton ($1689-1740/ton) with the same terms. A seller stated that if the USD parity moves with the current rate of increase, further raises are expected and added, “Prices are really high and players are still forced to purchase within their needs.” 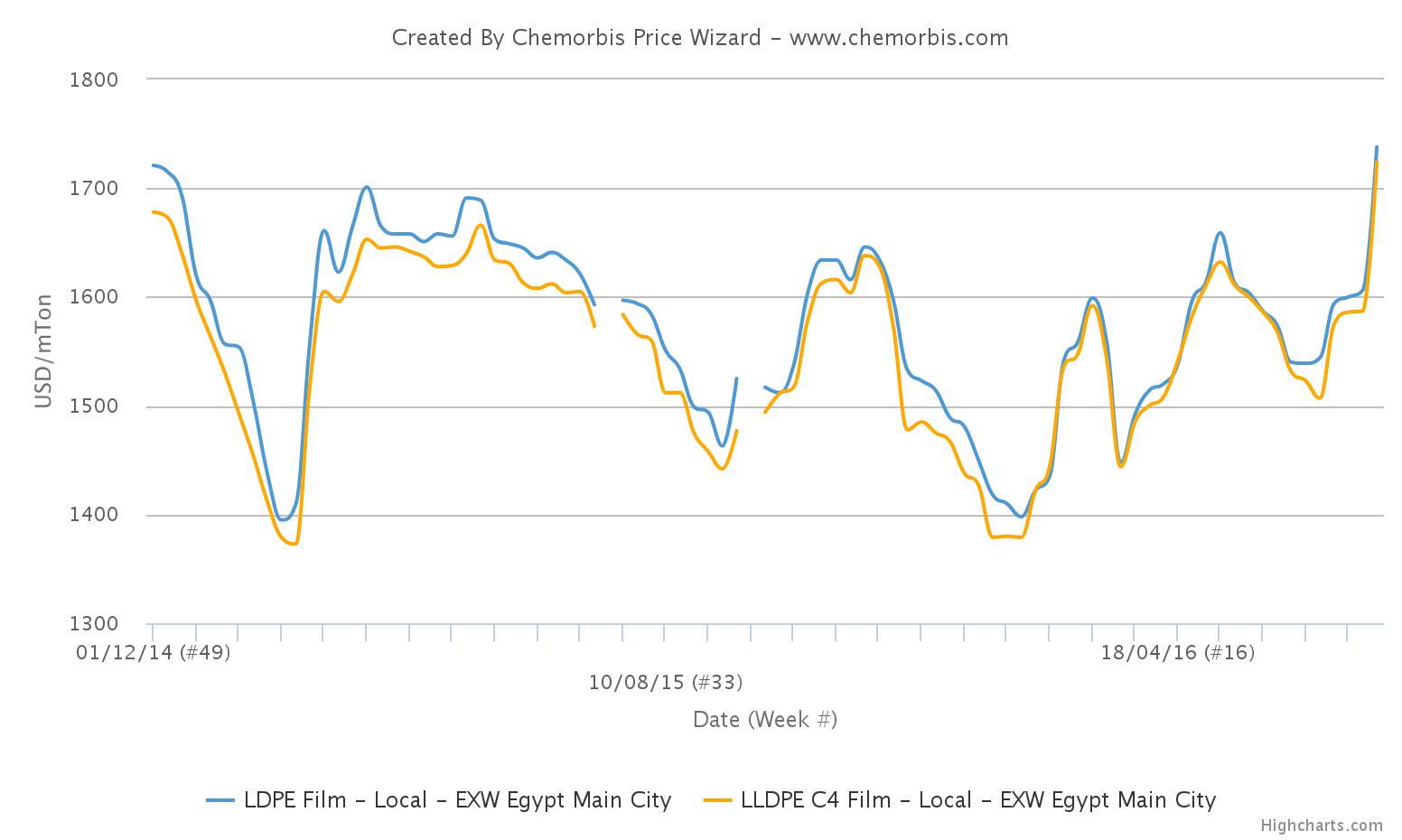 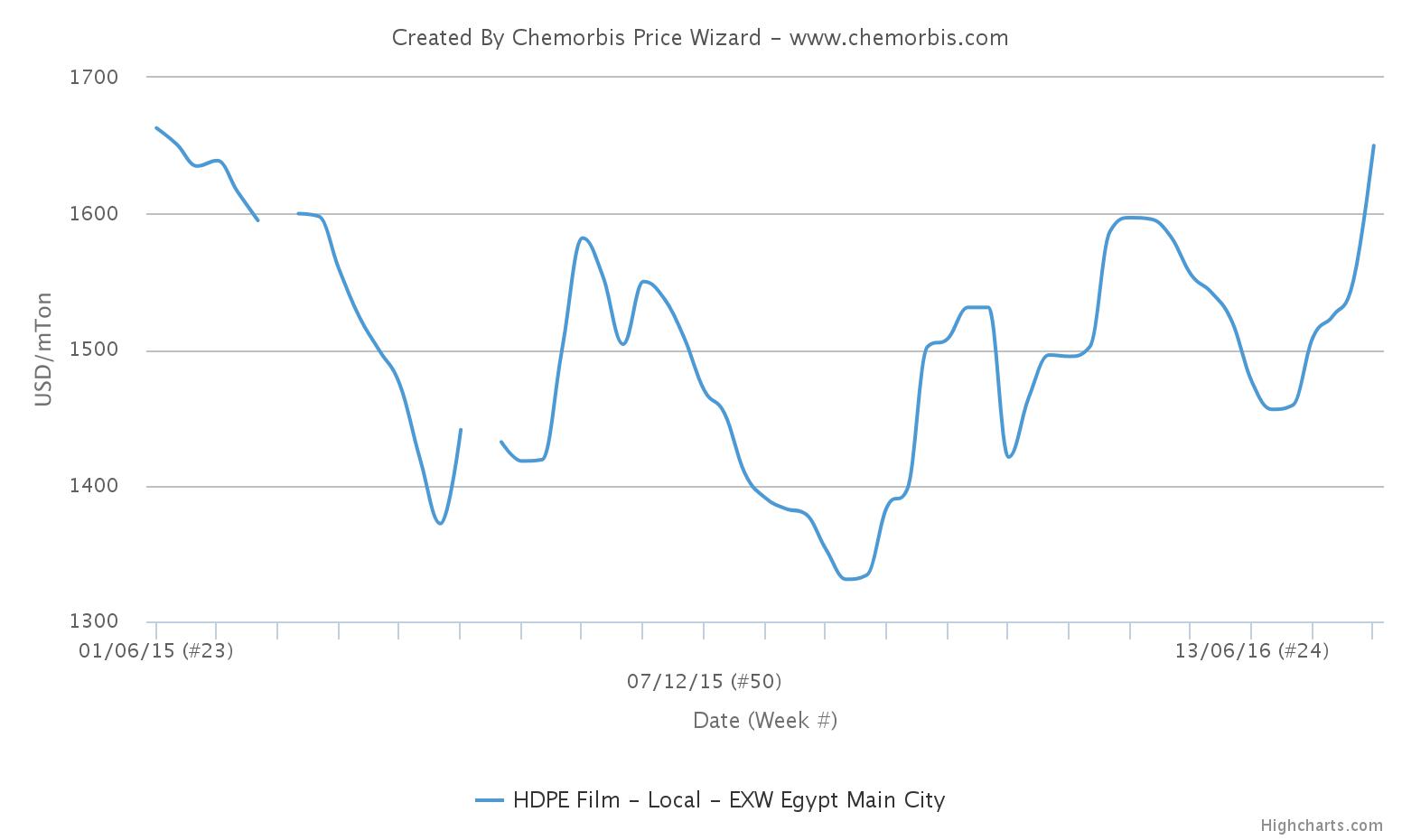 Buyers also anticipated further price increases while they complained about sluggish demand, firmer prices and weak conditions in the market. A buyer noted that the fluctuating dollar parity pushes sellers to follow different pricing policies. A second buyer said, “Market players are panicked due to rapid increases and they are also dealing with tight liquidity. Therefore they only purchase their immediate needs.” A distributor commented, “The firming trend on prices will last until the dollar parity issue is solved.”