by ChemOrbis Editorial Team - content@chemorbis.com
In Egypt, import American PVC prices have been on a downward trajectory for a while, however, as of last week, players in the country started to report a slight recovery on import prices. Many attributed this recovery to the limited supplies out of the US.

According to ChemOrbis Price wizard, import US PVC prices were mostly stable since the beginning of February while last week, prices tracked a stable to $10/ton firmer trend at the low end. Most players highlighted that the number of import US offers was limited in the market. 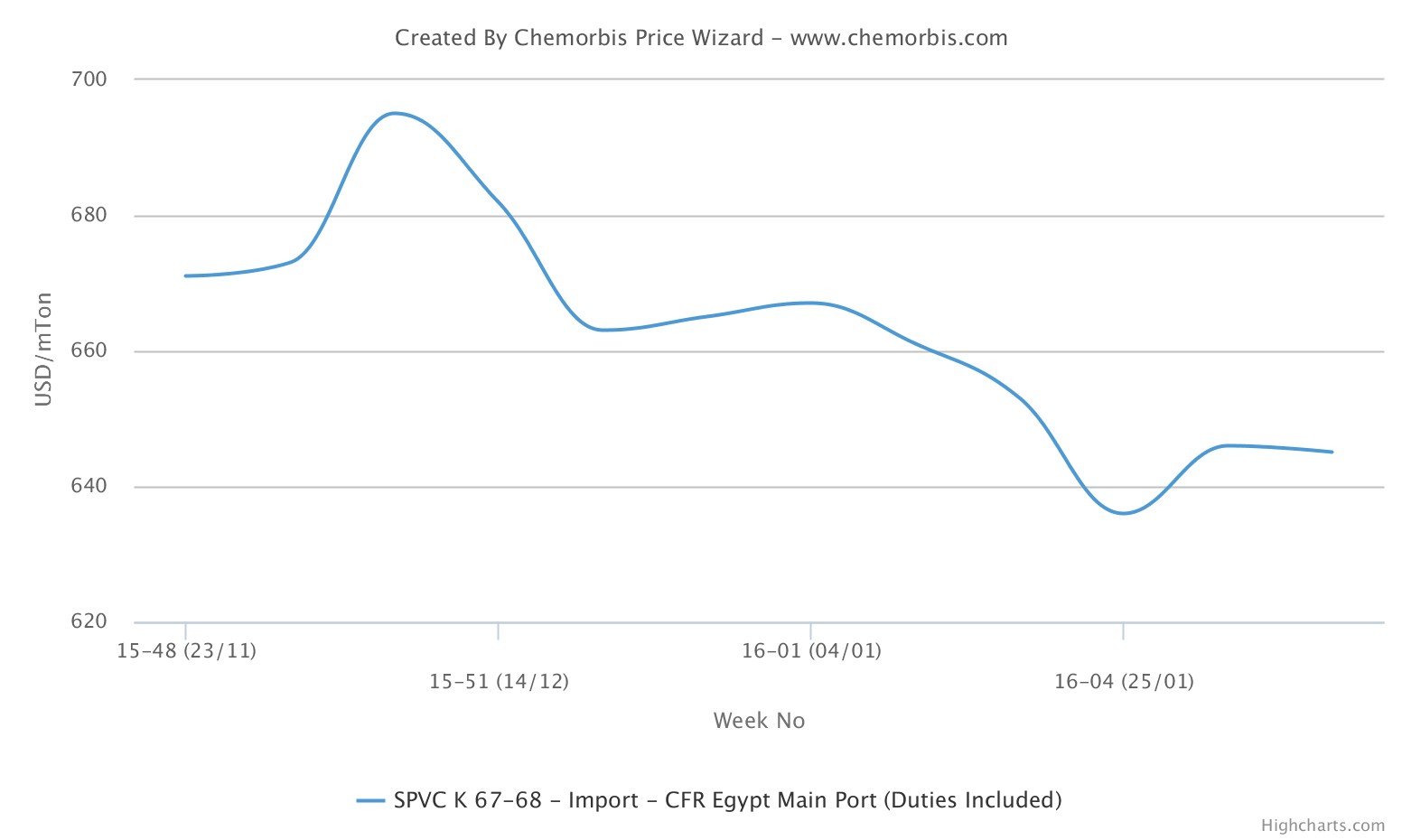 According to a trader, their American supplier will have a maintenance shutdown during the month of March and therefore, they are already limiting allocations to Egypt. “Although we are not really sure about the possible market trend in March, prices have been stable for the last couple of weeks. Therefore, we have started to encourage our customers to make fresh purchases without feeling fearful of sudden large drops,” he further added.

Another trader commented that they preferred to hold on to their import offers this week given slow demand on the back of the ongoing difficulties when opening letters of credit at banks. “Many turn to the local market to meet their needs, so our American PVC suppliers prefer not to spare large amounts for Egypt. Plus, they report seeing improved demand in their own market and restrict their quotas to the export markets,” he further added.

A pipe manufacturer confirmed that import US PVC prices firmed up last week and tied this situation to the better demand inside the US. “Traders in Egypt are anticipating further increases on import offers and therefore, many prefer to adopt a wait-and-see stance instead of offering,” he noted.

Another converter remarked, “After recording consecutive decreases during the past several months, import US PVC prices slightly firmed up this week on limited availability out of the US. We still tried to negotiate the highest discount amount we could achieve but noticed that most traders who offer US PVC were out of the market this past week, waiting for the market trend to become clearer.”