by ChemOrbis Editorial Team - content@chemorbis.com
Players in China report that ethylene based PVC is currently trading close to par with acetylene based PVC following another week of declining prices for ethylene based PVC. The premium carried by ethylene based PVC, which hovered at record high levels of $100-160/ton for most of the past year, currently stands at just $15/ton, the lowest premium recorded for the product since 2010, according to data from ChemOrbis Price Index. 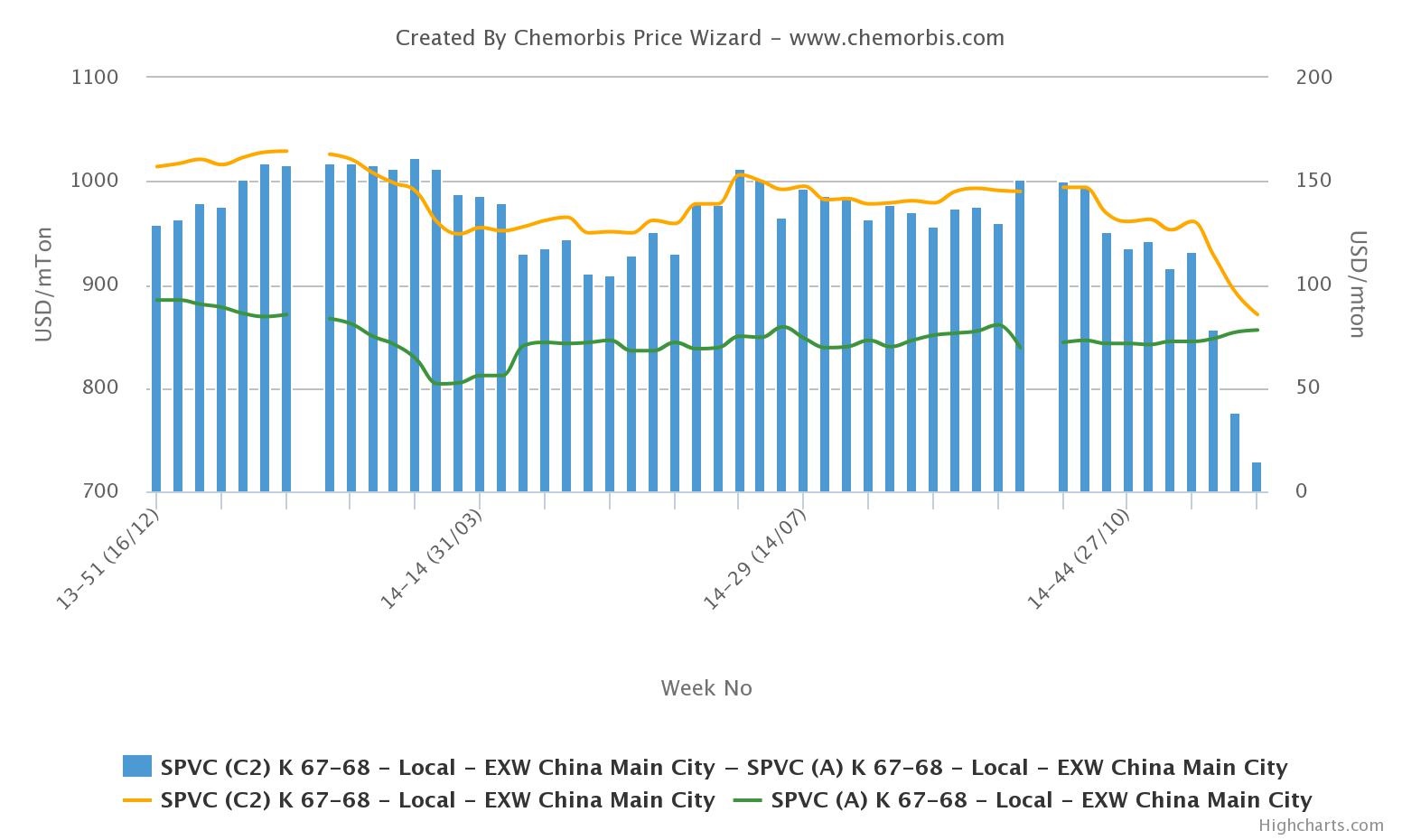 Another distributor said that prices for ethylene based PVC came down CNY100/ton ($16/ton) while commenting that additional discounts of CNY50/ton ($8/ton) are obtainable for buyers who are serious about purchasing. “It is currently the off season for PVC and we think that prices will continue to decline until upstream costs begin to show signs of stabilizing,” the distributor reported.