by ChemOrbis Editorial Team - content@chemorbis.com
Spot ethylene prices in Europe were on a softening path since the beginning of October despite bullish crude oil markets due to the comfortable supply outlook for the last quarter of the year. This was until a fire broke out at BASF’s Ludwigshafen complex which forced the company to shut two steam crackers.

BASF shut its two crackers at the complex on Monday following the fire. The two crackers have a combined ethylene capacity of 620,000 tons/year. According to the most recent news, BASF was in the phase of restarting the crackers but the company had been forced to declare force majeure on the consumption of propylene, ethylene and naphtha due to pipeline problems which remained in place. The crackers were unaffected, however, by the fire.

Following the explosion news, ethylene prices rebounded in the region. Spot ethylene costs on FD NWE basis posted consecutive gains since Monday which resulted in a cumulative increase of €20/ton week over week. Players started to discuss whether supply concerns for the monomer would reverse the soft PE outlook for November or not. 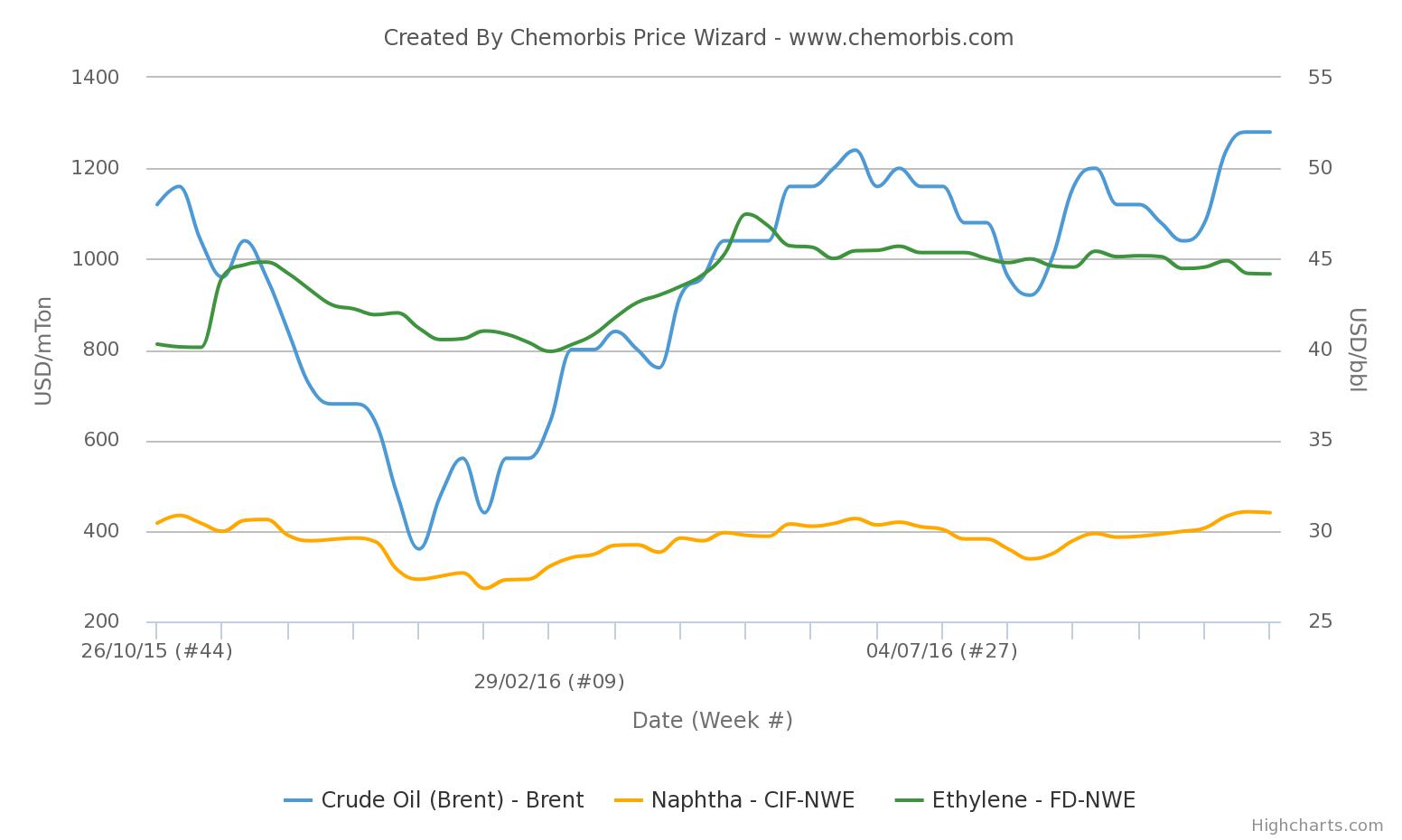 Apart from BASF, other crackers are reported to be experiencing scheduled or unplanned outages in Europe. According to market sources, INEOS faced a compressor issue at its Rafnes cracker in Norway early this week. The cracker has an ethylene capacity of 560,000 tons/year and normally feeds the company’s LDPE unit. Plus, Slovakian Slovnaft was conducting a turnaround at its petrochemical complex located in Bratislava. According to market sources, the shutdown was expected to last until the end of November. The cracker reportedly has an ethylene capacity of 220,000 tons/year.

Now that naphtha and ethylene costs turned up in Europe, players are opining about the possible impact of reduced ethylene supplies on the downstream PE market. A converter in Italy commented, “We think there might be some price hikes as of November due to tighter monomer supply following the explosion.” Prior to the news, PE prices were on a stable to softer trend despite higher October ethylene settlements for the month as buyers refrained from pre-buying activity on weak November expectations.