by ChemOrbis Editorial Team - content@chemorbis.com
According to data from ChemOrbis Price Wizard, the spread between spot prices for ethylene and naphtha in Asia remains near a record high, suggesting that integrated petrochemical producers continue to enjoy healthy margins even as energy prices continue to slide, with both crude oil and naphtha prices sinking to multi-year lows in the face of a strong dollar and weaker than expected global economic growth. 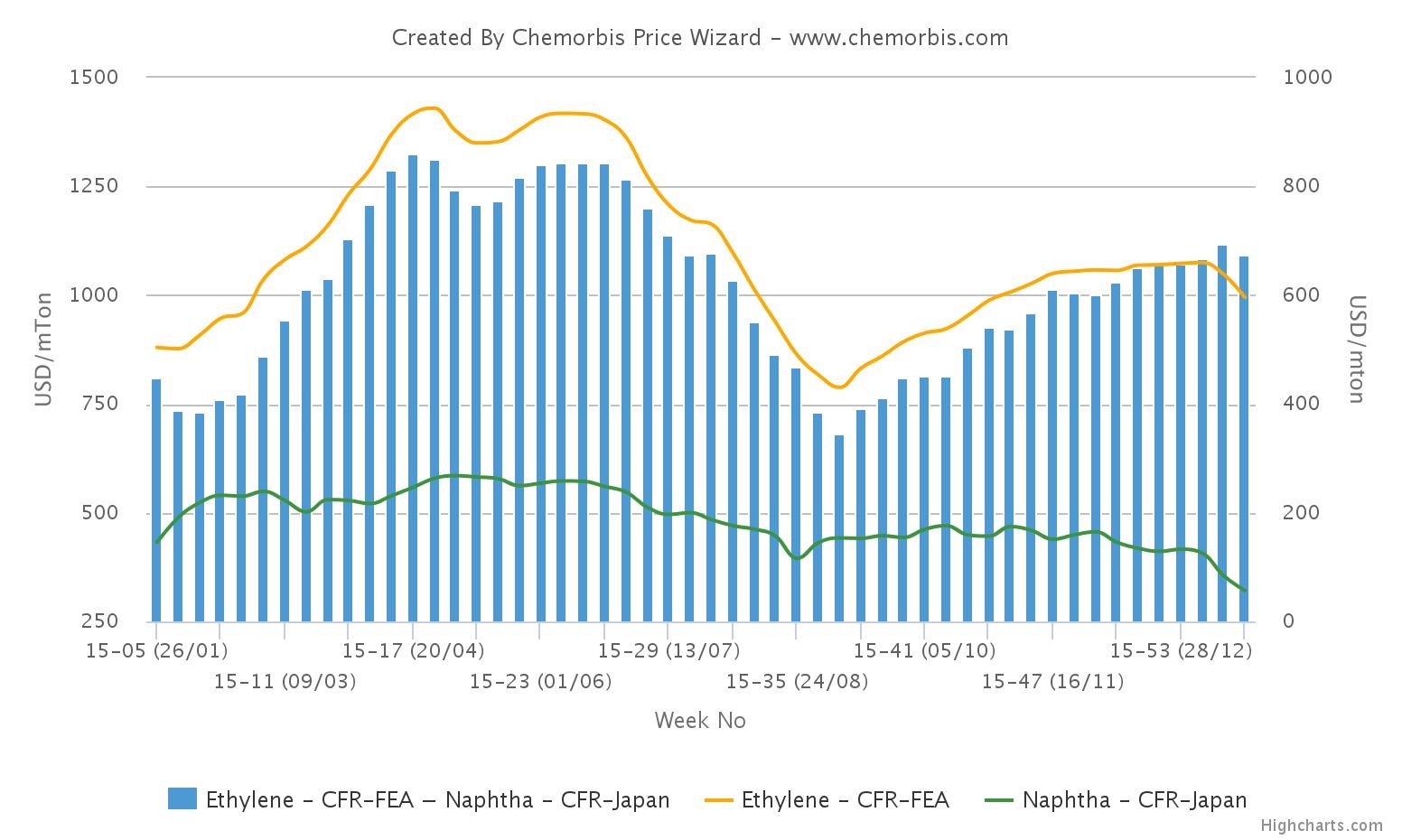 Spot ethylene prices on a CFR NE Asia basis had remained firm throughout December and early January, defying the downward trends in place in both upstream and downstream markets. Spot ethylene prices began to move lower in line with related markets last week, although the spread between ethylene and naphtha has remains at near record levels as naphtha prices are declining at a faster rate than ethylene costs.

According to data from ChemOrbis Price Wizard, spot ethylene prices on a CFR NE Asia basis are down around 9% from the start of January whereas naphtha prices on a CFR Japan basis have fallen more than 20% over the same period. Players pointed to comparatively tight spot availability for ethylene as the main reason that ethylene prices are declining at a slower rate than naphtha.

After reaching record high levels of more than $800/ton during the summer of 2015, the spread between ethylene and naphtha fell to as low as $345-350/ton in September before rebounding to currently stand at a near-record of around $675/ton. This suggests that integrated petrochemical producers are continuing to enjoy healthy margins and that the gap in profitability between naphtha based and ethane based producers continues to narrow.

In related news, India’s Reliance reported higher than expected profits for the third quarter of the Indian fiscal year, citing improved refining margins as the main reason for their better than expected performance. In Saudi Arabia, meanwhile, SABIC affiliates Kayan and Yansab both reported weaker financial performance for the fourth quarter.