by Merve Sezgün - msezgun@chemorbis.com
Although the firming PE trend in China and Southeast Asia has remained in place, it has failed to keep up with soaring ethylene prices recently.

Spot prices of ethylene have moved slightly above China’s import HDPE and LLDPE film markets while the premium PE carries over ethylene has notably shrunk in Southeast Asia.

Data from ChemOrbis Price Wizard reveal that spot ethylene prices on CFR China/SEA basis have jumped almost 130% since the firming trend kicked off in the third week of April. Prices currently stand at $805/ton CFR China and at $755/ton CFR SEA.

In China, import PE prices have increased for the fourth straight week, however the pace of gains has lagged behind the increases in spot ethylene prices.

According to ChemOrbis Price Index data, the weekly average of HDPE film prices on CIF China basis is currently standing $10/ton below spot ethylene prices on similar terms. HDPE film prices were carrying a premium of $400/ton over ethylene in around mid-April.

As for LLDPE film, the import market is currently standing $5/ton below the spot ethylene price. 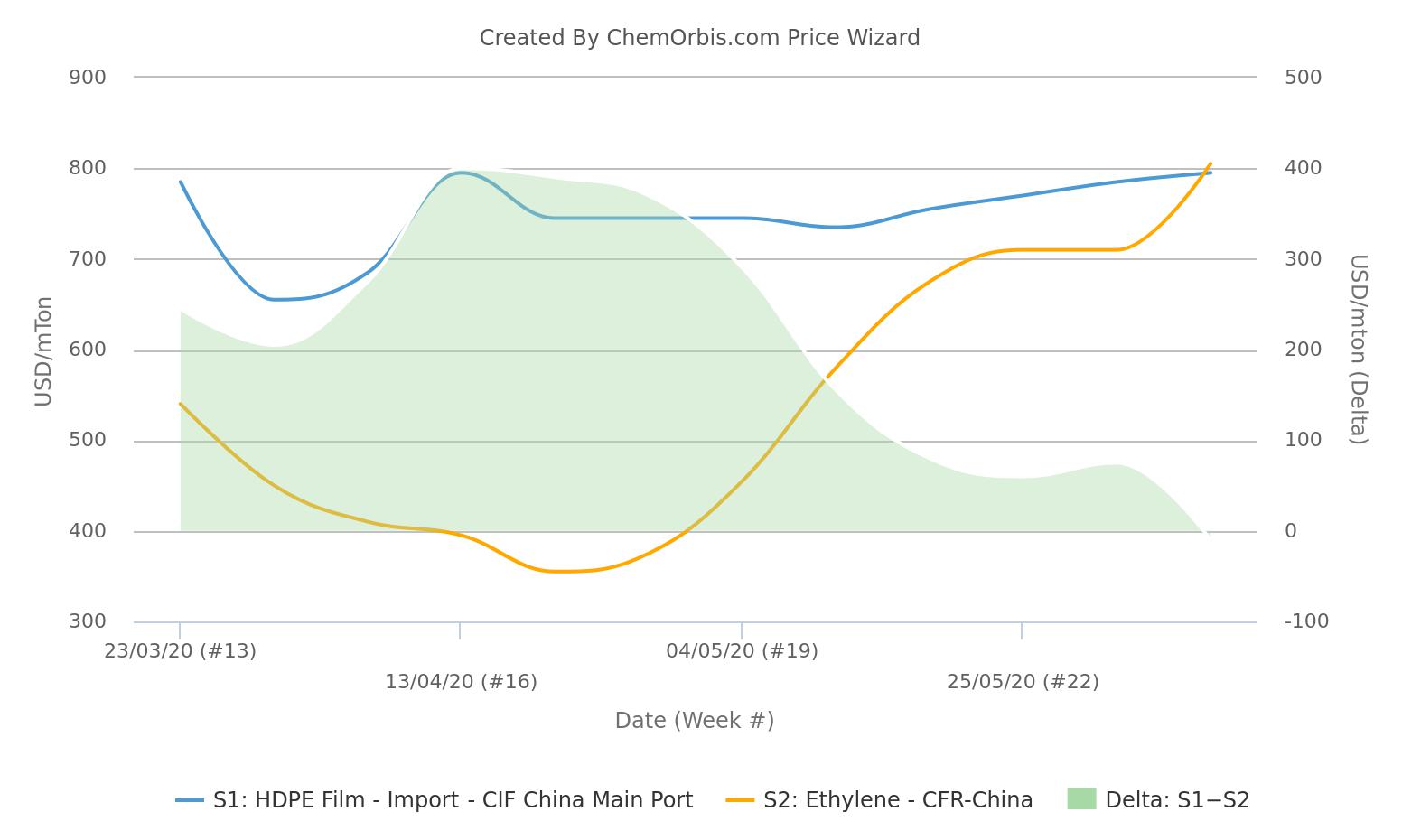 SEA: HDPE-ethylene spread down $340 compared to 7 weeks ago

The weekly averages of HDPE and LLDPE film prices on CIF SEA basis are currently standing $60/ton above spot ethylene prices on similar terms. The HDPE-ethylene spread was around $400/ton seven weeks ago. 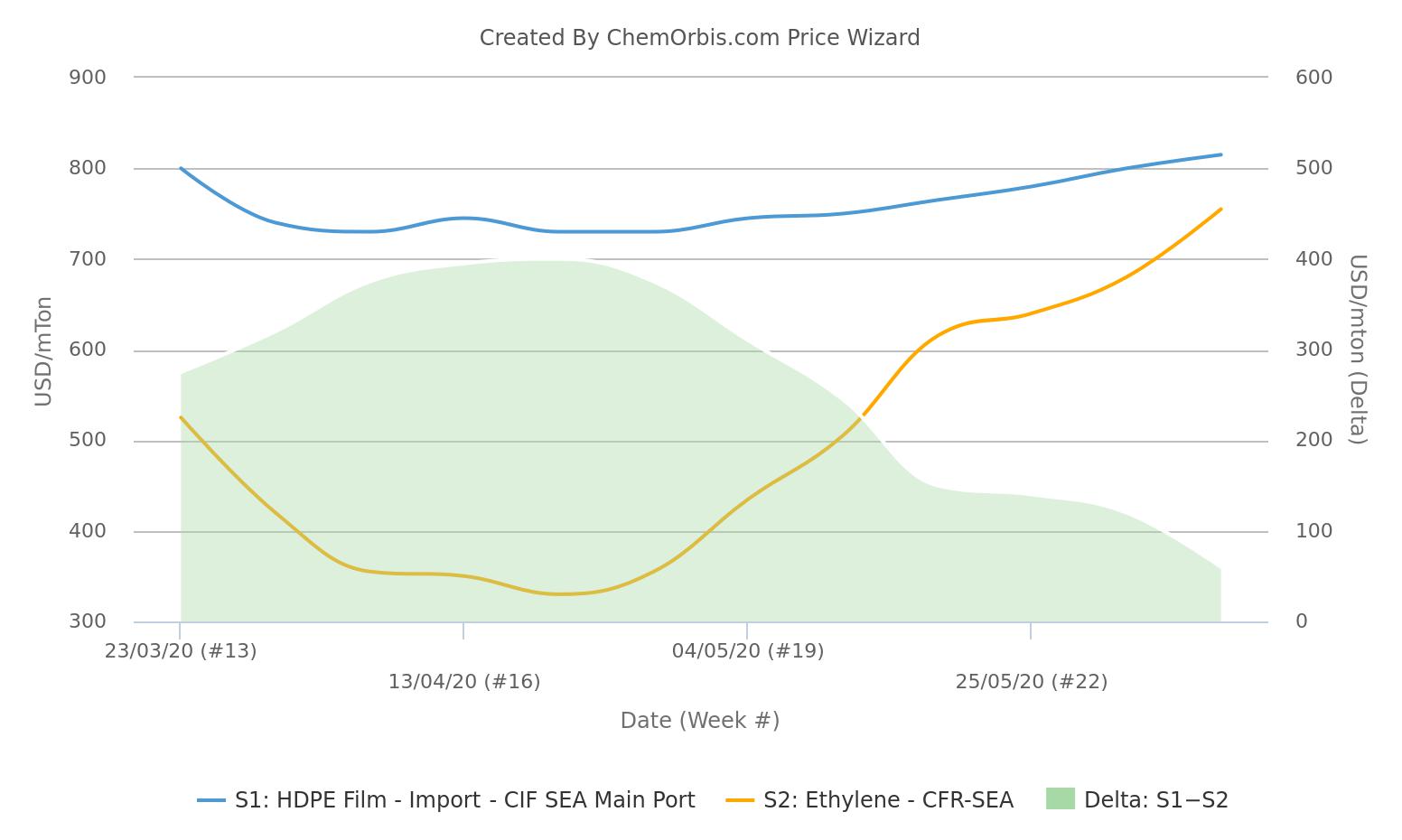