by ChemOrbis Editorial Team - content@chemorbis.com
Spot propylene and ethylene prices in Europe have moved south recently. This has been the first drop of ethylene prices since early December 2016 while spot propylene prices have sustained the downturn that kicked off in late March. Players attributed this recent slump to the easing supply levels in line with the return of crackers from maintenance shutdowns. Lower naphtha costs also played a role in the falls of monomers as crude oil prices, which are hovering below the $50/barrel threshold, are pressuring the naphtha market.

According to weekly average prices on ChemOrbis Price Wizard, spot ethylene prices indicate a cumulative fall of around €70/ton from the end of April while spot propylene prices posted a more notable decrease of €220/ton in total compared to the end of March. 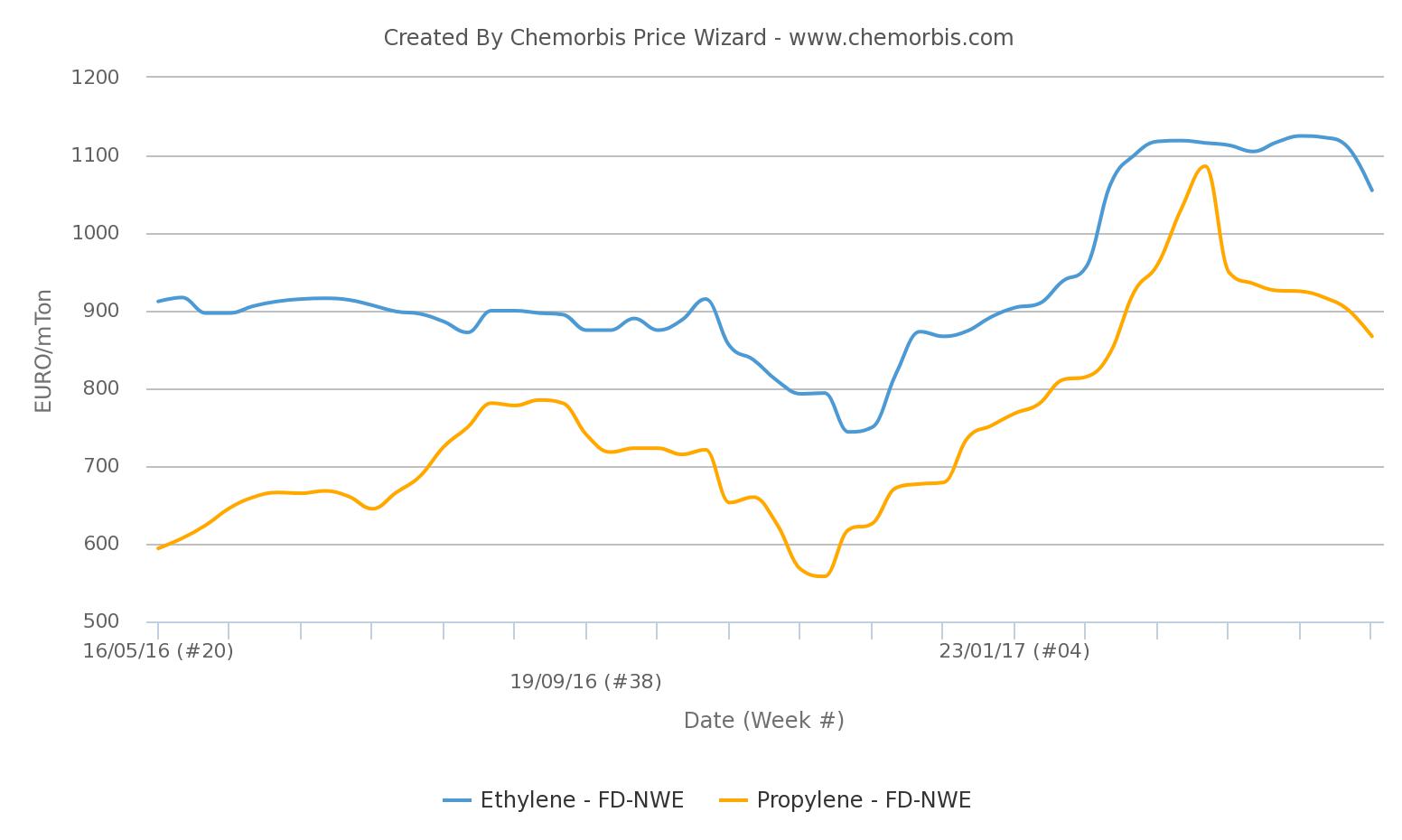 In the production news, three major producers including Sabic, Dow and Total restarted their steam crackers while Exxonmobil was heard to be restarting its plant imminently.

Adding to the returning capacities across Europe, falling prices in Asia boosted imports into Europe from the Middle East as European spot prices have stood above Asian prices up until recently.

To see further details about the most updated news of new capacities as well as shutdowns and restarts around the globe at a glance, please follow ChemOrbis Production News .