by ChemOrbis Editorial Team - content@chemorbis.com
Europe’s export PVC prices to Turkey have been falling since early May whereas local prices have been maintaining their firming trend for the last three months. Although higher ethylene contract settlements and supply concerns continue to keep the European PVC market sentiment firm, regional PVC offers to Turkey have lost $55/ton on average, according to ChemOrbis Price Index, upon pressure from stagnant demand, falling Asian and US offers as well as easing supply concerns in the local market.

The strikes that kicked off in the latter part of May in France created some concerns about the smooth delivery of supplies from Europe to Turkey. Although some delays were reported, this has not prevented prices from registering further decreases in Turkey as the $900/ton CFR threshold has been broken recently.

This was anticipated in an earlier ChemOrbis Plastics News Gap between Turkey and Italy’s PVC market remains low by pointing to the smaller than usual gap between the two regions. This was interpreted to mean that European suppliers might shift their regular export volumes to Turkey in an attempt to hold their domestic markets firm in June.

Now that Europe’s local PVC market remains firm and export prices continue to slide, this gap appears to have come back to its traditional level. As can be seen from the graph below prepared by ChemOrbis Price Wizard that compares Turkey’s average import prices for European origins with Italy’s average local prices, the premium Italy carries over Turkey has gone back above $100/ton. This premium is traditionally around $100-200/ton, according to historical data from ChemOrbis Price Index, although this was not the case in March, April and May. 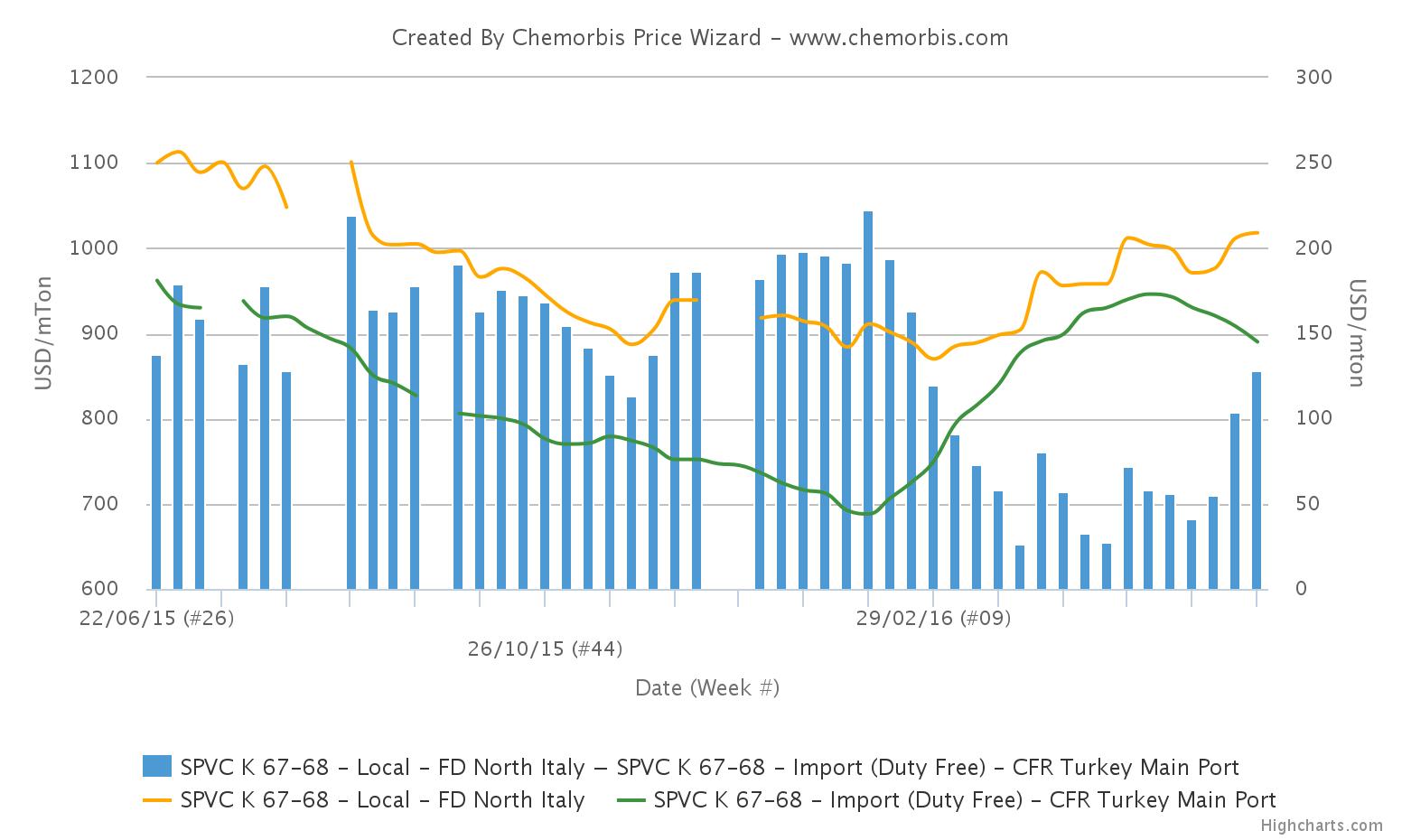