by ChemOrbis Editorial Team - content@chemorbis.com
In Europe, PE players are now voicing their expectations for December which mostly center on a bearish note due to lower ethylene and energy costs combined with disappointing demand.

According to weekly average prices on ChemOrbis Price Wizard, spot ethylene prices on FD NWE basis have been on a softening trend since late October due to cracker restarts across the region as well as weak demand in the downstream market amidst the nearing year end. Spot ethylene prices are currently reported at around €795-800/ton FD NWE, down €30-35/ton from a week earlier and around €115/ton from late October. 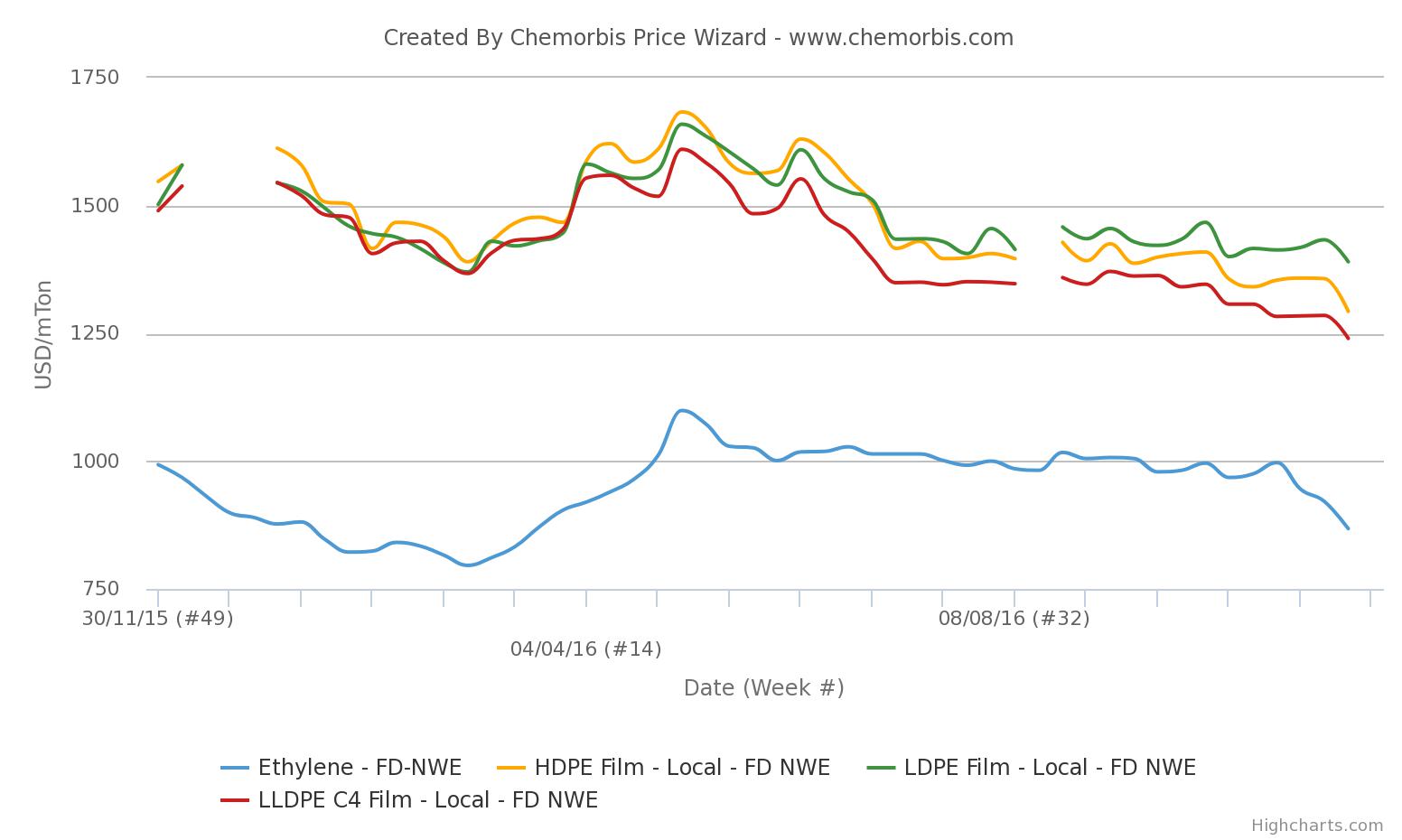 A distributor in Germany reported that they are expecting €30/ton decreases on the December ethylene contracts on the back of weak energy markets and expected slowdown in demand from the downstream markets.

A trader reported that the market conditions are very weak amidst slow demand and good supply levels and added that for December they expect some small decreases both on ethylene contracts and PE prices as sellers are holding high stocks and are under sales pressure.

“We have struggled to conclude deals this month due to the slow demand. Buyers expect lower prices in December so they are purchasing on a hand to mouth basis despite the competitive offers. Supply levels are good both on PP and PE,” said a distributor based in Switzerland.

“We have already concluded some LDPE deals with a South European producer with a rollover. We expect to see decreases in December,” stated a plastic end manufacturer in Italy.

A distributor operating in Italy also reported that demand is weak and they expect calm market activity in December as the month will be short due to holidays.

Another distributor reported concluding deals at rollovers from October while adding that they are keeping their stocks low and doing back-to-back business. “Demand is generally slow even though a few buyers purchased extra volumes when they found competitive prices,” he commented.