by Merve Madakbaşı - mmadakbasi@chemorbis.com
In Europe, June PET offers were revealed with renewed declines under the ongoing pressure from lower production costs and mild demand across the region.

The local market has been on a bearish path since April in tandem with delayed high season and falling upstream PX market. The weekly average data from ChemOrbis Price Wizard suggested that spot PX prices sank to their lowest levels since August 2017 late last week. 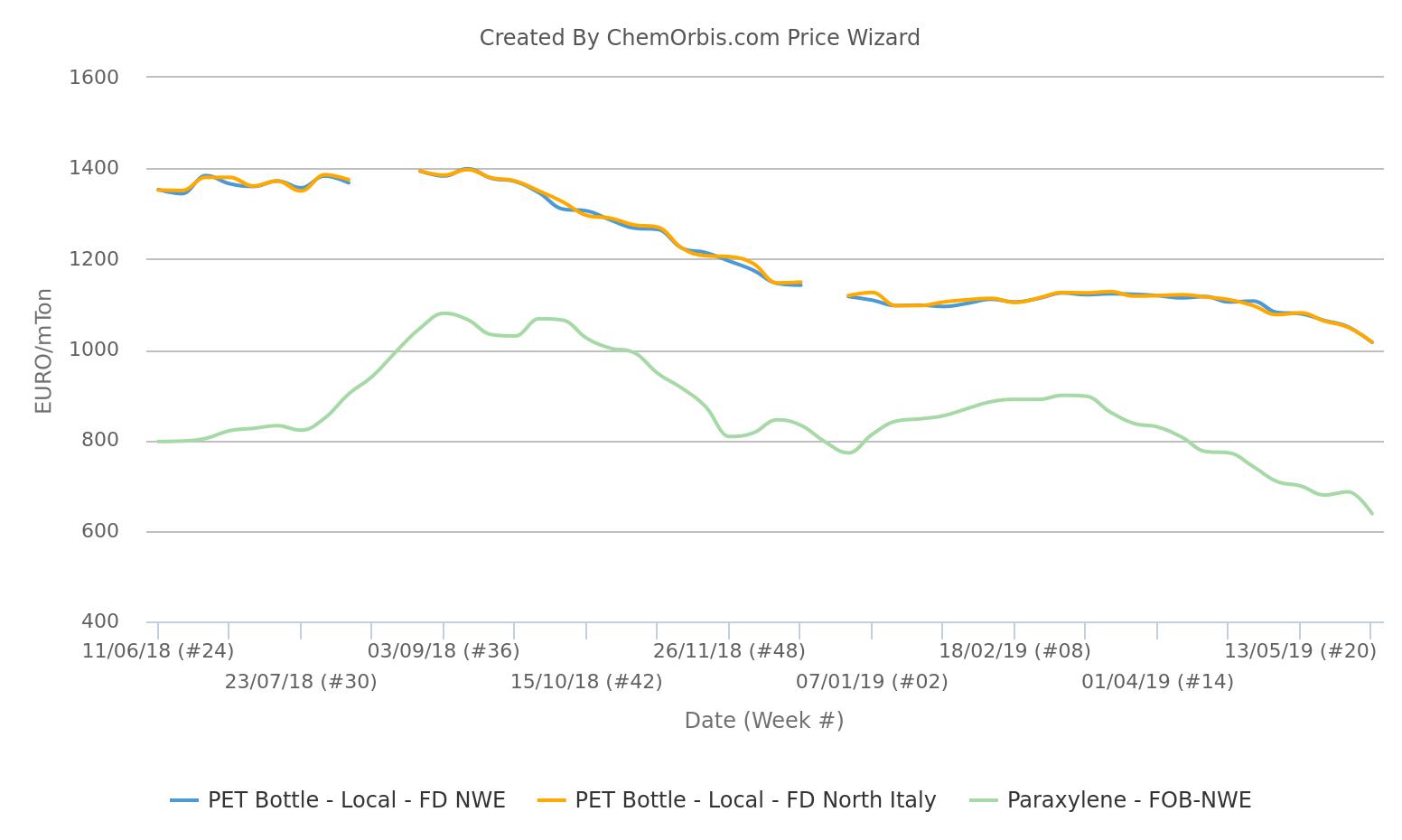 June offers see up to €30 cuts on month

Buyers and sellers across the region affirmed, “New PET prices emerged with €20-30/ton drops from May in response to the persisting bearish factors. End product markets have remained silent so far in June, while they may recover in the coming weeks based on warmer weather conditions in Europe.”

The latest round of drops has pushed the weekly average PET prices to an almost 2-year low in Italy and Northwest Europe, as can be seen from the graph above obtained from ChemOrbis Price Index.

A PET bottle manufacturer opined, “Supply is more than sufficient nowadays which keeps sellers aggressive amid the downward pressure from lower oil and feedstock prices. We purchased limited quantities this month.”

Asian offers showed presence in Europe’s PET market over the past week at competitive prices. A converter in Italy confirmed, ‘We secured some Far East Asian cargos at prices €40-50/ton below the low end of the distribution market. As for July, it is early to talk as we may not see a visible impact of warmer weather on demand before a few weeks.”

In upstream news, June MEG contract settled down €60/ton from May. Expectations for the imminent outcome of PX call for a decrease as well amid falling spot prices for the feedstock throughout May. Players in Italy and Germany predicted €40-50/ton declines on the next PX contracts.