by ChemOrbis Editorial Team - content@chemorbis.com
According to ChemOrbis Price Wizard, the downtrend in European PET markets that lasted approximately 3 months ceased by late November and prices have been on an uptrend since then. The constant uptrend in the Asian PET market primarily supported the gains in Europe in the last two months while higher energy and feedstock costs as well as limited supplies also contributed to the firming trend.

Now, PET prices are expected to head for the third month of hikes given the persistence of bullish factors. Some even think that the upward trend will gain momentum in February. 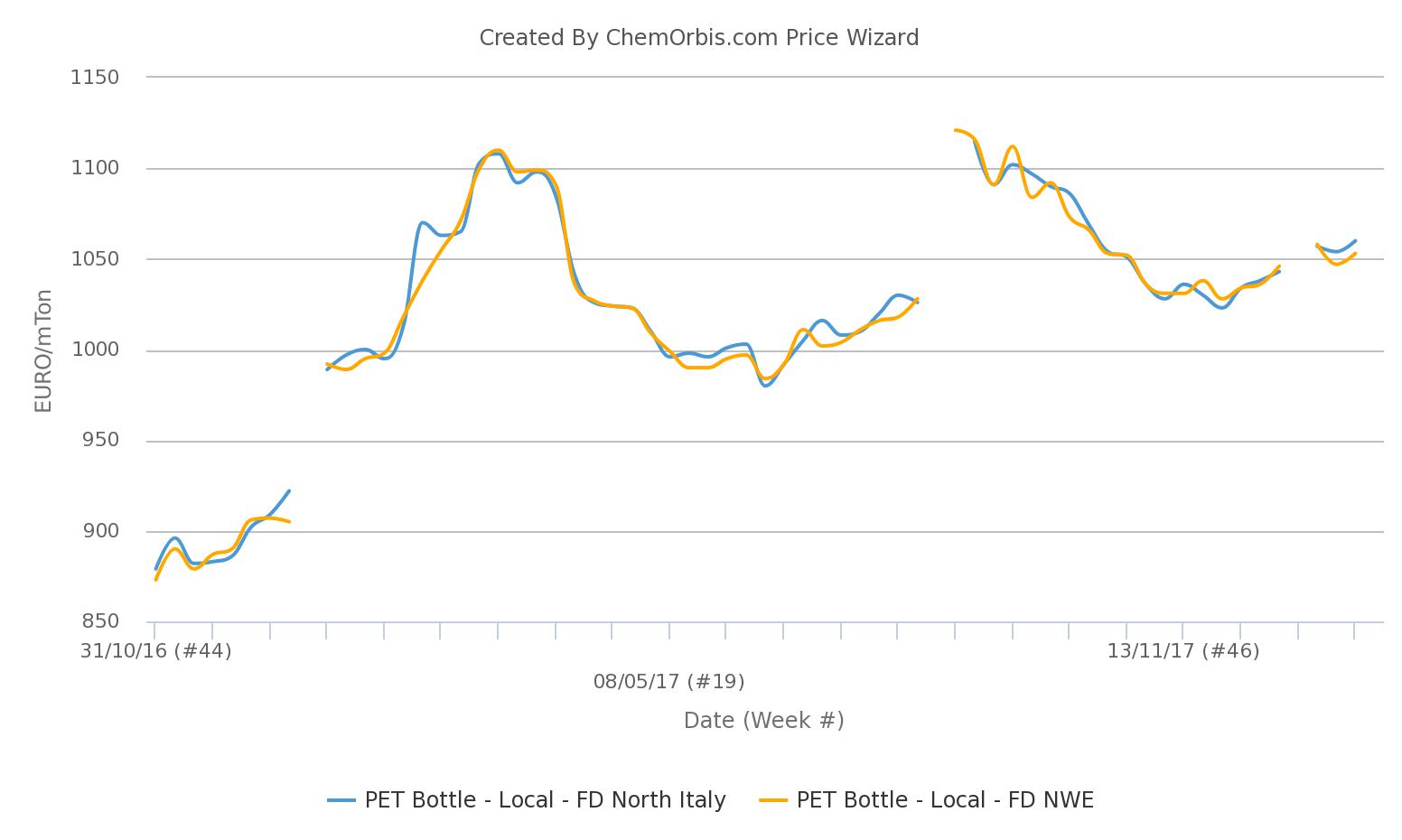 Weekly average data from ChemOrbis Price Wizard also reveal that PET prices followed a similar pattern last year as they started to increase in mid-November 2016 and followed an uptrend until early March 2017.

A distributor from Italy reported, “We expect stronger increases in February considering the bullish trend of Asian PET markets as well as higher crude futures.” PET prices across Asia have recently been at more-than two year high, according to ChemOrbis Price Index.

Not only the ongoing bullishness of the import market and upstream costs, supplies were also limited both in the local and import markets. A buyer in Germany reported to have closed January deals in the contract market with €20/ton increases. He added, “We couldn’t receive import offers as availability was scarce. We are concerned about February considering the supply limitations along with rising crude futures and feedstock costs. We don’t see any signs of price relief for the time being.”

The limited flow of imports has also caused import offers to lose competitiveness as local and import offers have started to trade at the same level recently. Many sources within the region confirmed that there is almost no availability for South Korean PET.

An Italian buyer has purchased from the import market despite strong increases as supply from European producers is rather limited. He affirmed, “We were not able to purchase from Turkey and South Korea due to the lack of availability.”

A converter in Belgium also reported that they skipped purchases in January due to the uncompetitive import offers. Moreover, they have found R-PET prices more competitive than the virgin material despite the strong increases reported in the flakes market.