European PET outlook turns bearish after an upturn of 5 months

by ChemOrbis Editorial Team - content@chemorbis.com
In Europe, March PET deals are closed with increases of €10-30/ton from February after initial hike requests of up to €40/ton were trimmed down upon buyers’ cautious stance. Now the April outlook has turned bearish in line with the expected decreases in the feedstock contracts. The PET market will accordingly turn down for the first time after having steadily risen since mid-October, as can be seen in the graph created by ChemOrbis Price Wizard.

These hikes have pulled PET prices in Europe to a 22-month-high recently. This was partly due to the increased demand for PET as a result of drastic increases in the PS market, which deterred PS converters from sourcing PS and pushed them to look for alternative products such as PP and PET. Limited imports and higher feedstock costs also paved the way for increases in the PET market. 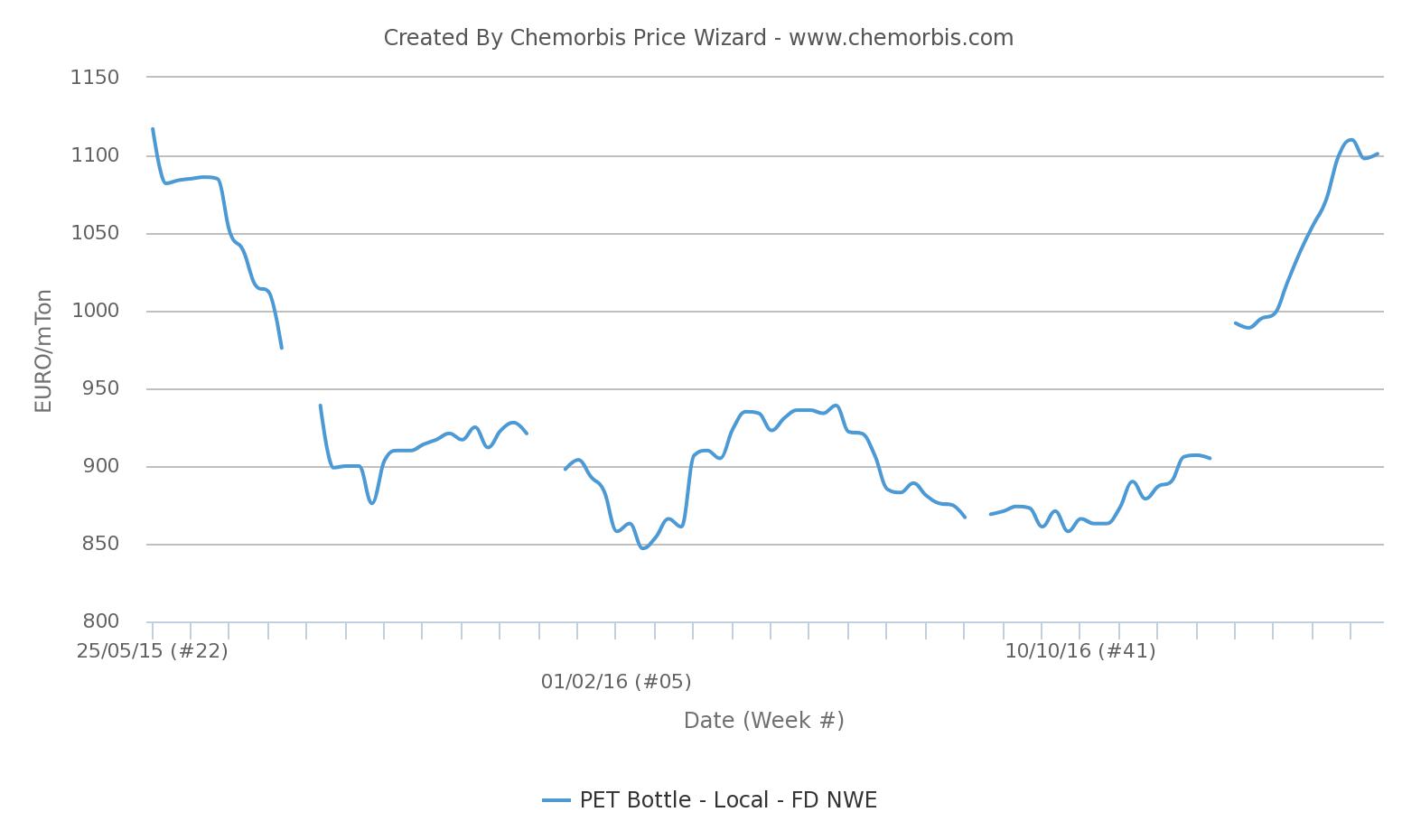 However, buyers are sidelined now that they secured their needs in the previous weeks. Meanwhile, the softening sentiment in Asia has caused imports to gain competitive edge again with a distributor commenting, “We expect to see more Chinese material in the European market over the medium term.”

Similarly, a buyer in Italy commented, “We skipped buying from European sources as they still indicated €30/ton increases. We also noticed that import offers are decreasing. We bought Turkish PET at €1040-1050/ton DDP, 60 days and we also concluded a deal for Omani PET at €1020-1030/ton with the same terms. There will be more competitive offers in the days ahead.”

The upstream markets are also contributing to bearish expectations for April as MEG and PX contracts are expected to settle lower due to the recent losses in the spot market, although the status of demand is expected to keep the magnitude of the decreases in check.

Although players concur about the pressure from competitive imports and lower costs, there are also expectations of seeing better demand from the beverage sector in line with the peak season, which may put a cap on the expected downturn, according to some.