by ChemOrbis Editorial Team - content@chemorbis.com
In Europe, the downward trend in the spot PET market that kicked off by around mid-September has been extended into October. October deals have been closed with decreases of €40-50/ton while cumulative decreases have reached up to €80/ton since September

According to ChemOrbis Price Index, spot prices in Italy reached their lowest levels not seen since late May. 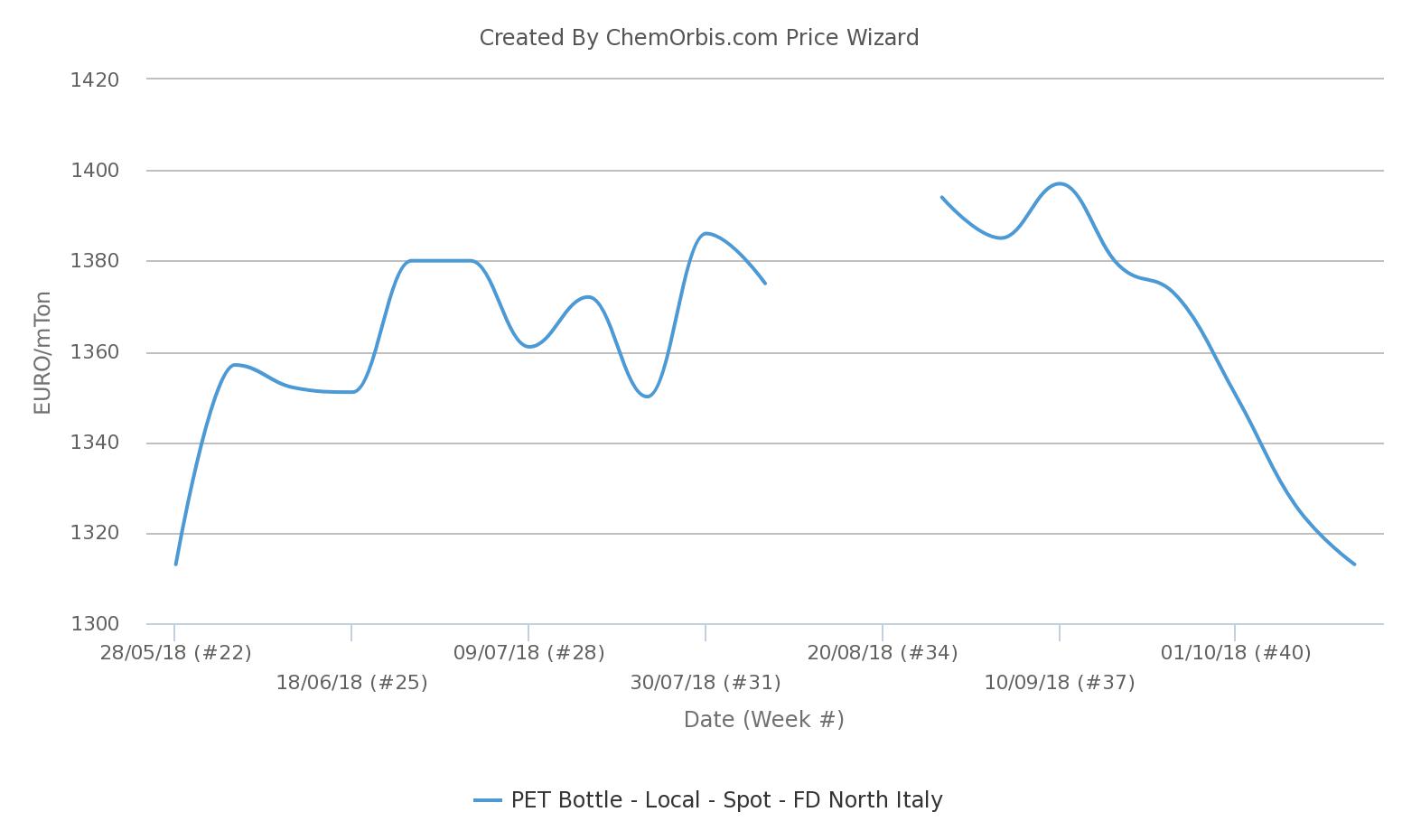 Despite the recent drops, spot PET prices are still deemed high during this time of the year. Players mostly adopted a wait-and-see stance amid softening expectations and awaited PX settlements.
Some buyers, meanwhile, continued to stick to their hand-to-mouth purchases, referring to the sharp hikes they paid earlier this year.

A distributor confirmed, “Gradually fading demand from the beverage sector hints at further decreases. Demand has slowed down compared to September after a longer-than-usual high season in the region thanks to warm weather.”

However, the size of the awaited decreases is under discussion with eyes on the imminent PX settlement for October. Some sellers think that firm crude oil prices and the fact that September PX hikes of €210-220/ton were not fully reflected on price levels may keep possible decreases in check.

As for imports, Chinese and South Korean PET offers were rolled over from the pre-holiday levels. Although these offers still stand €40-50/ton below the European origins on the low end, they might lose competitiveness if softening in the local ranges gains speed.