by ChemOrbis Editorial Team - content@chemorbis.com
In Europe, PVC and PP prices have hit their highest levels not seen in more than one and a half year recently following the emergence of March offers upon the €30-50/ton higher olefin contracts.

Sellers are seeking strong increases for March after PP and PVC prices posted relatively smaller increases in the past two months. Data obtained from ChemOrbis Price Wizard reveals that average PP and PVC prices are currently standing at their highest since the latter part of August in 2015. 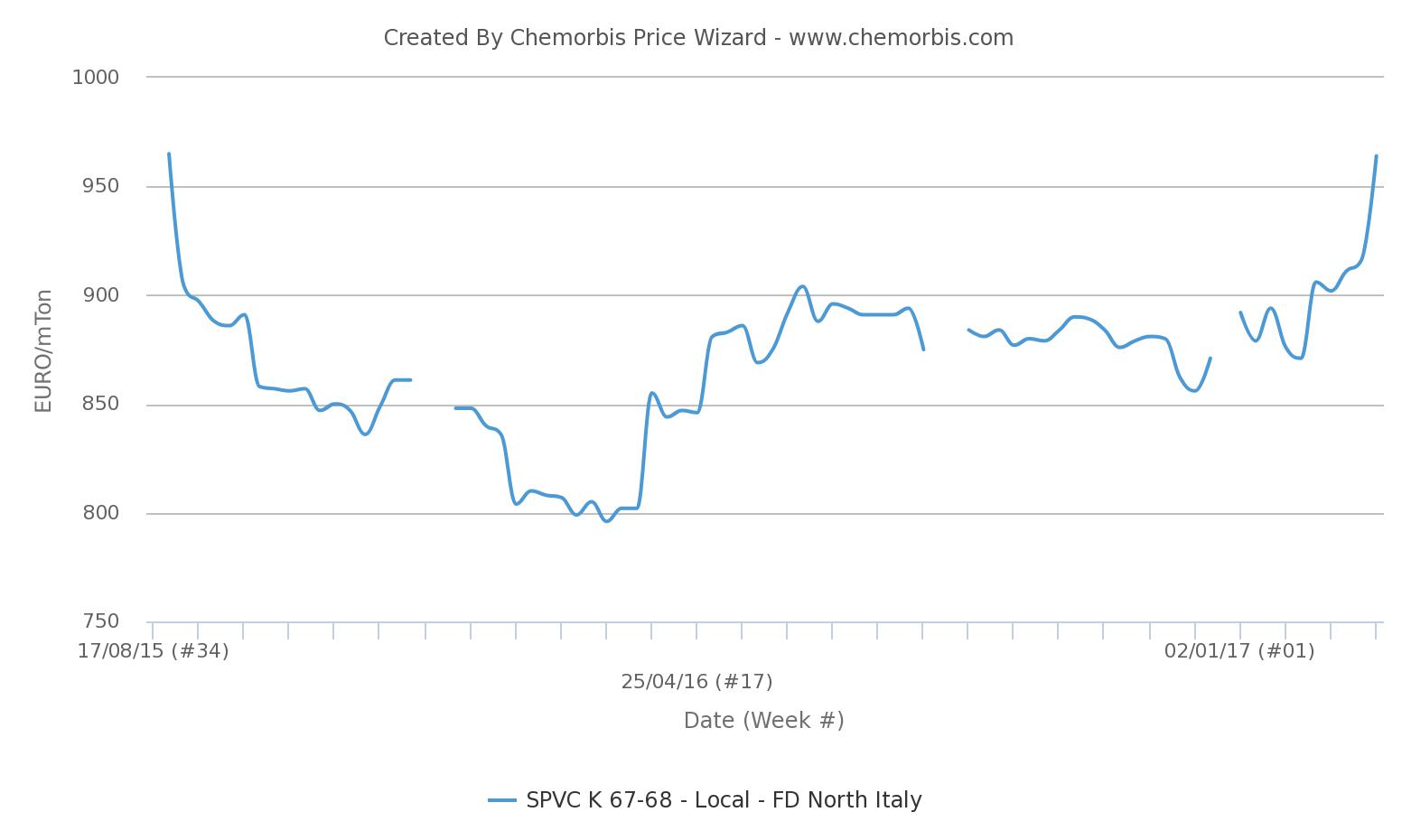 The maintenance season for many crackers as well as PP and PVC units tightened availability in the region, which is deemed as a main factor for the recent upsurge. Plus, uncompetitive import prices played a key role in justifying large hike attempts among sellers.

Meanwhile, European PET prices have been steadily increasing for four months on higher feedstock costs and limited import material to reach near 2 year-high in Italy and over 2 and a half year in Northwest Europe.