by Manolya Tufan - mtufan@chemorbis.com
The PP market seems to have ended its three-month-long upturn, with initial September prices emerging mainly with rollovers across the distribution markets in line with the steady propylene settlements.

PP stabilizes after rising by more than 10% since June

Since the upturn kicked off in early June, PP prices both in Italy and Northwest Europe have posted cumulative gains of around €90-110/ton on a weekly average, according to ChemOrbis data. Prices followed an upward trend in the past three months owing to rising feedstock costs and partial recovery after the end of lockdowns. 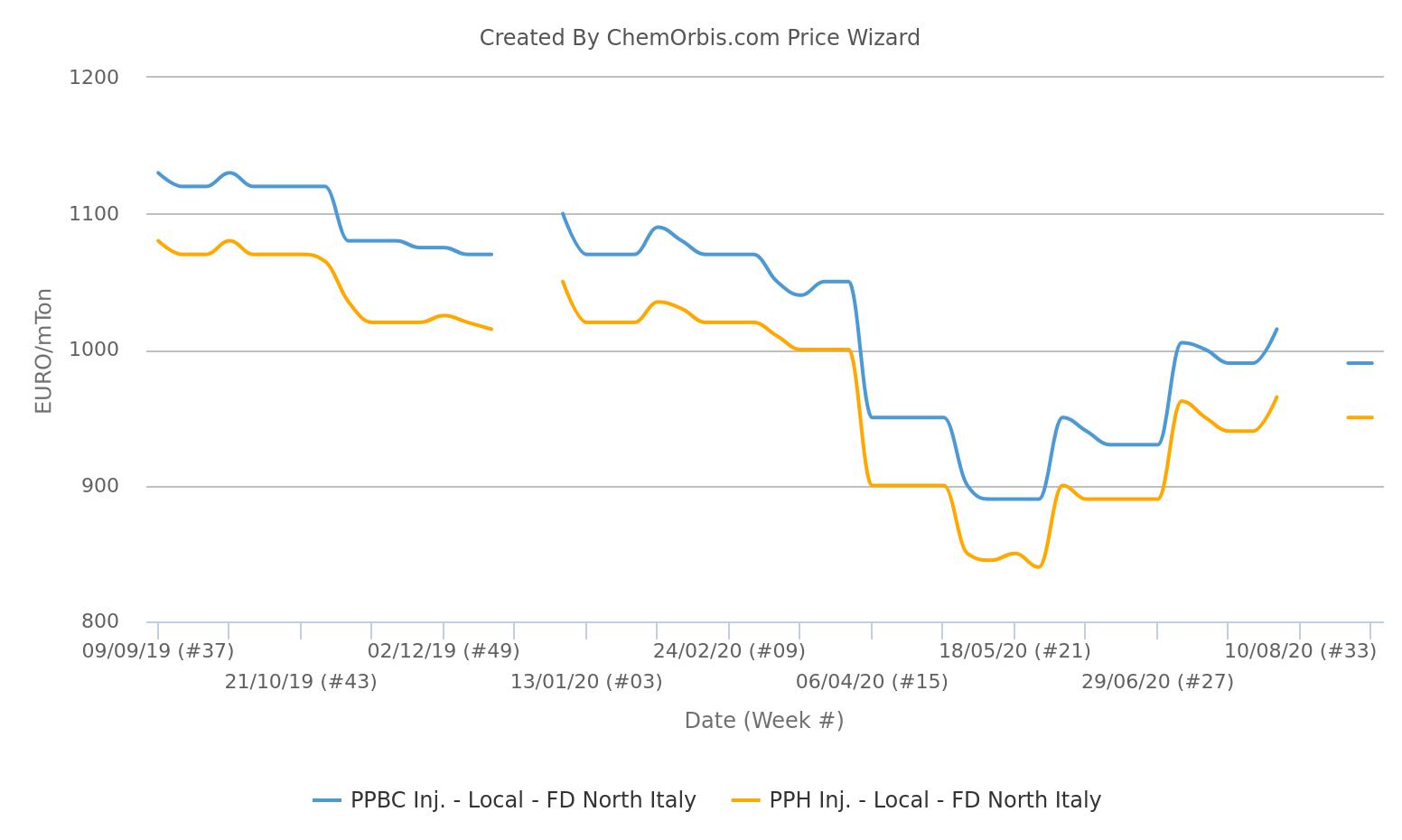 Prior to the propylene settlement, PP players were anticipating a stable to firmer outlook for September. Sellers, who shared similar expectations for PP, were pinning hopes on a recovery in the post-holiday period and impact of regional production hiccups.

However, players returned to the changing sentiment in the PP market last week. Firmer sentiment faltered as weak demand outweighed the impact of supply constraints. PP suppliers have mostly adopted a stable pricing policy so far, although there were limited official announcements at the time of writing.

No rush to buy

Most converters are yet to make price inquiries as they are covered with the material purchased in the pre-holiday period. However, they expect to see mainly steady prices. A buyer opined, “Producers would keep their offers flat in order to avoid margin losses. We started to secure limited cargos.”

Moreover, they are concerned about how end demand will evolve in the coming days in case re-tightening measures amid the fresh emergence of outbreaks.

On the demand front, players reported more vivid buying sentiment from the home appliances, household products and packaging sectors. Still, the recovery in the automotive sector has been slow. Some sources even reported that suppliers may concede to slight reductions in the latter half of the month if demand remains weak.