by ChemOrbis Editorial Team - content@chemorbis.com
According to market sources, December propylene contracts were fully settled in Europe after the initial settlements indicating €45/ton decreases was not followed. The new contract for propylene stands at €725/ton (773/ton), down €30/ton ($32/ton) from November. The initial contracts were changed due to a rise in the upstream market stemming from strengthening energy markets in line with OPEC’s consensus to curb oil production. According to weekly data on ChemOrbis Price Wizard, spot naphtha prices have hit a year-high at €434/ton on CIF NWE basis. 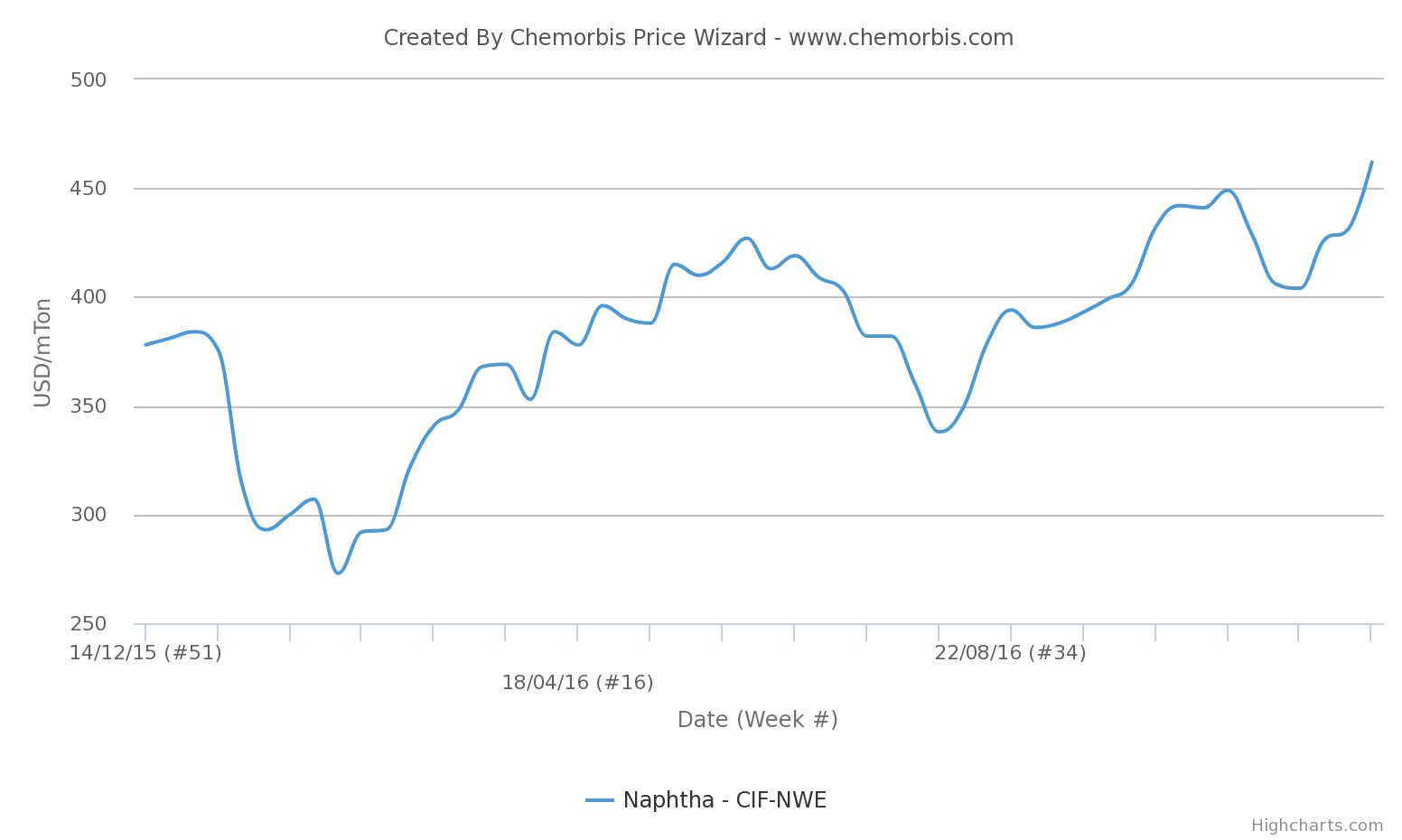 Initial December PP offers started to emerge with rollovers to €10-20/ton decreases as some suppliers wanted to recover their margins and tried not to give the entire propylene drop for this month. However, some deals were already concluded with decreases matching the propylene drop.

A distributor from Italy reported that they are holding fewer stocks this month depending on the short supply from their supplier who declared a force majeure and for this reason they offer with a rollover. The seller believes that prices will post increases in January.

A West European producer reported offering with €10-15/ton decreases for December as they want to recover their margins. The producer added, “We receive good orders for now.”

Another West European producer reported that they are keeping the decrease amount in check and offering with €20/ton discounts. A producer source reported, “In our opinion, most European producers will try to save their margins via giving smaller discounts on their PP prices. On the other hand, supply is considered to be good and sellers might feel some pressure this month as well.”

A distributor from Italy reported that their supplier has yet to decide on their December pricing policy. “Our supplier is planning to give only €20/ton discounts, but we will push for at least €30/ton decreases,” added the seller.

Another distributor whose offers suggest €20/ton decreases from November and stand on the high ends reported that demand looks a bit better due to the bullish talks for January.
However, a distributor based in Germany does not expect strong demand as December is a short month.

A manufacturer in France bought material with €30/ton decreases in line with the propylene drop. The buyer stated, “We ordered extra volumes, yet we did not receive any confirmation for the extra quotas as some of our suppliers claimed to have sold out already.”

A converter in Italy also purchased West European material down €30/ton and confirmed that they are negotiating with another producer to pay the same amount as well.