by ChemOrbis Editorial Team - content@chemorbis.com
In Europe, the €65/ton higher styrene settlement for September offset relatively weaker demand and PS deals were closed with increases ranging between €30-40/ton and €50-60/ton.Sellers stood firm on their offers, citing their need to recoup margins given the narrow spread between the styrene contract price and PS price levels.

After following a mostly upward trend in the past two months, PS prices have recently reached their highest levels not seen since late March, according to data from ChemOrbis Price Index. 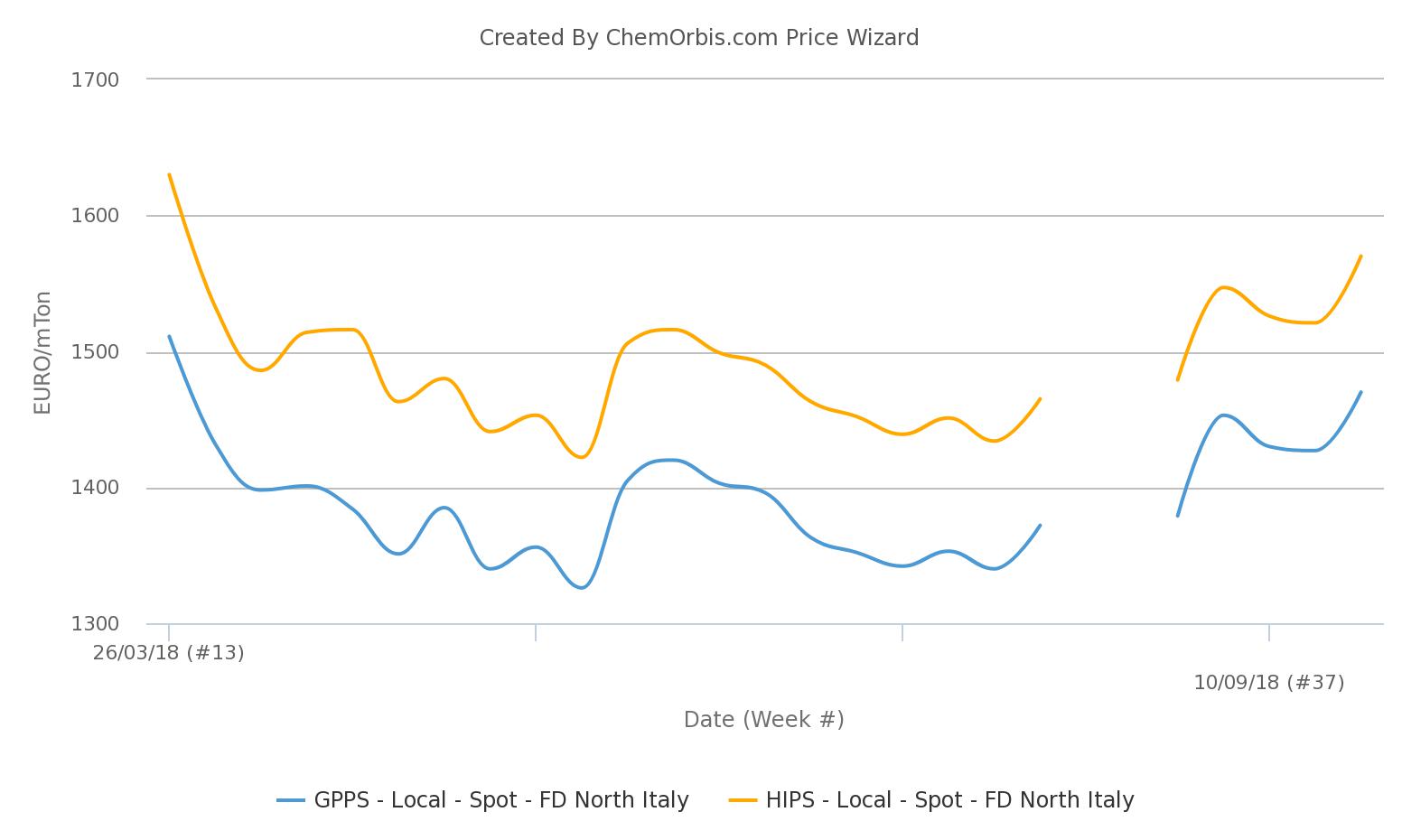 Taking earlier losses in spot styrene prices into account, players are now voicing their expectations of seeing a downturn in the PS market in October, which has pushed most buyers to sidelines.

Confirming the weakness in demand, a distributor from Italy said that he sold only limited amounts and he prefers waiting to hear new October offers as they might come with decreases.

As for October, players’ expectations call for decreases of €30/ton or €50-60/ton for the next styrene contracts. Even though downstream demand is muted amid bearish October expectations and comfortable stock levels, players concur that the recent uptick in spot styrene markets in Asia and Europe might keep the size of expected decreases limited for October styrene contacts.

A sheet extruder reported, “Our end demand is slowing down due to the fading white goods consumption. As for October, we expect to see a slightly softer trend instead of sharp drops.”