by ChemOrbis Editorial Team - content@chemorbis.com
Initial December PS prices started to be announced in Europe with visible hikes from last month. Players attributed sellers’ hike requests to higher December styrene contracts which settled with a significant increase of €170/ton from November. December benzene contracts, meanwhile, were also settled with an increase of €28/ton when compared to last month, supporting the firm sentiment.

According to a statement on the company’s site, Trinseo applied an increase of €170/ton on their December GPPS and HIPS prices to Europe. A few regional players reported that another European supplier, Ineos Styrolution also announced increases of €180/ton on their December PS prices when compared to November. Meanwhile, both producers issued increases on their new ABS prices as well.

Converters who received these hikes from the regional producers stated that they consider limiting their December purchases according to their immediate needs, citing slow end product business ahead of the Christmas holidays.

On the distributors’ side, a player opined, “The outlook is definitely firm for December. However, we are not sure whether the producers will be able to achieve smooth sales at their new levels since buyers are likely to show resistance to the significant hikes in the face of their slow end product businesses.”

Looking at the upstream, spot styrene prices on an FOB NWE basis are currently standing at their highest levels since early June. Data from ChemOrbis Price Index shows that spot prices on a weekly average basis have surged $223/ton since the start of October. 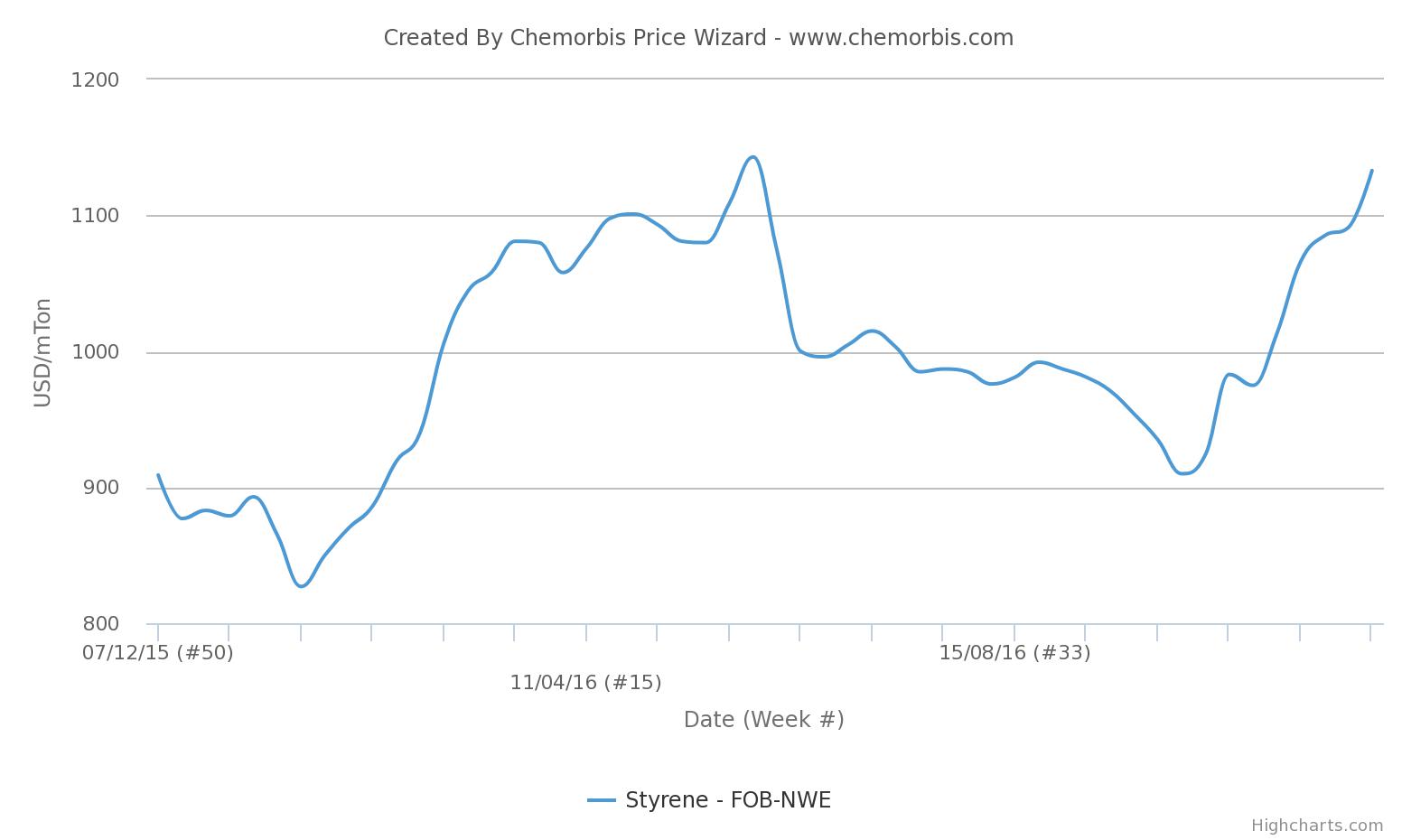