by ChemOrbis Editorial Team - content@chemorbis.com
In Europe’s PS market, June deals have been wrapped up with increases of €50-60/ton from May, mostly matching the hike in the monthly styrene settlements. Sellers conceded to giving slight discounts of €10/ton from their initial hike requests in some cases. Players are now focused on the July outlook, voicing their expectations for the upcoming month.

A distributor in Germany reported that they concluded June deals with their West European supplier with increases of €50-60/ton from last month. He noted, “As for July, we believe that suppliers will approach the regional markets with rollovers or slight hikes in their initial offers. However, demand is still calm and overall supplies are comfortable. Softer styrene prices are also likely to affect the sentiment. We are now waiting for the outcome of July styrene contracts.”

Europe’s styrene market has been tracking a softening trend since around mid-June, with the weekly average of spot prices recently hitting its lowest level since early January, according to data from ChemOrbis Price Wizard. According to traders, the recent decreases came in line with the softening trend in other global markets including Asia and the US. 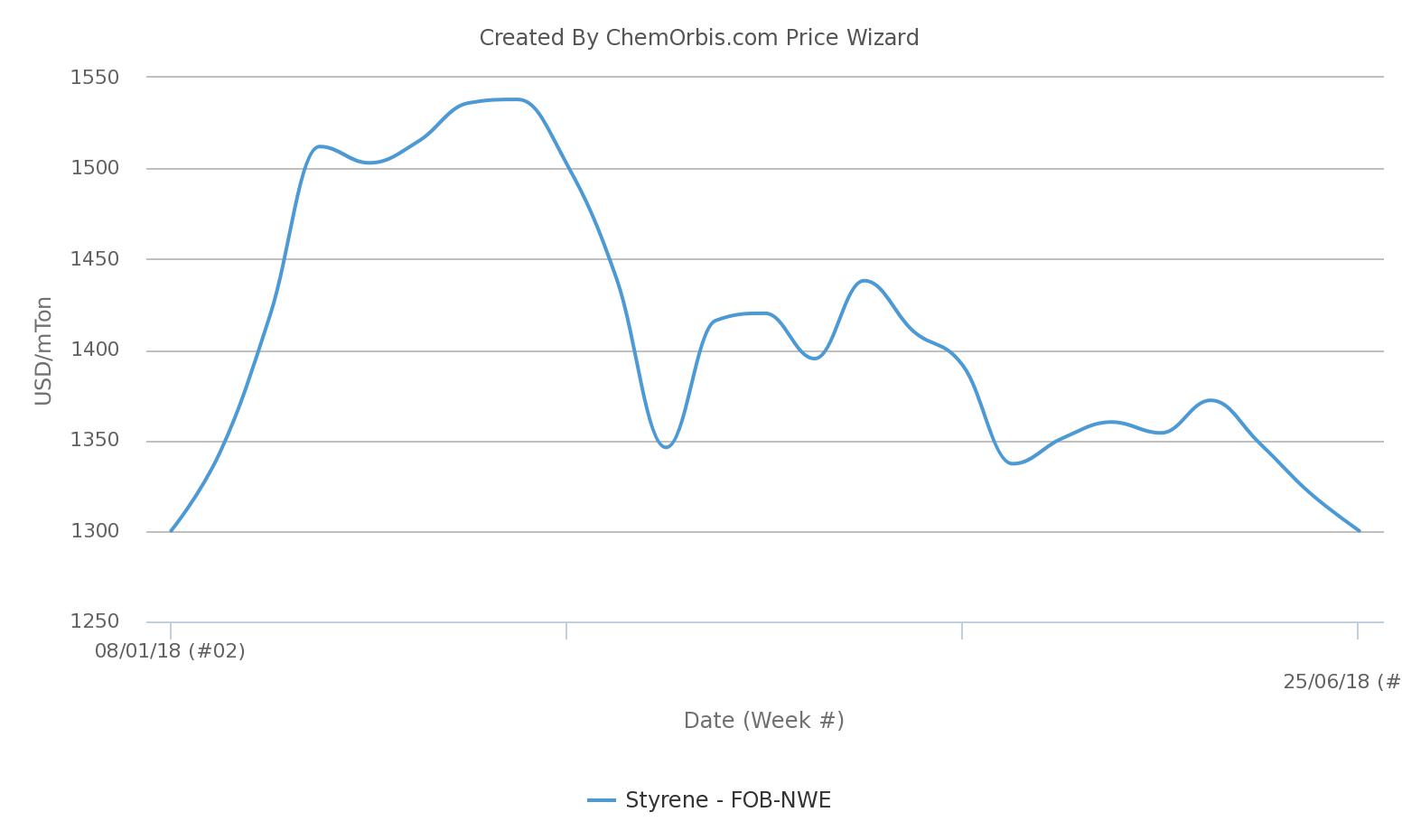 A distributor in Italy sold his June allocation with €50/ton increases from May. “We concluded June deals after adjusting our initial hike request down by €10/ton. The outlook for July is still foggy. Sellers may try to achieve slight hikes on their July deals before the market slows down in August amidst summer holidays. On the other hand, buyers may show resistance to any hike requests if July styrene contracts settle lower,” he opined.

A converter operating in France commented, “We accepted to pay increases on our June GPPS deals. However, demand is yet to recover on our side. We mostly expect July offers to surface with rollovers.”