by ChemOrbis Editorial Team - content@chemorbis.com
In Europe, supply sources approached the PS market mostly with €30/ton hike requests for May following €20/ton higher styrene monomer contract settlements. After paying massive increases of €300/ton in April, many buyers are now postponing their purchases to June if they can out of their hopes of seeing price relief next month.

Increase targets from sellers mostly center on €30/ton for West and South European PS cargos, while rollovers were asked for some Central European cargos, according to players in the region.

A West European source, who seeks €30/ton increases in Italy, stated that supply will remain short for May as well whereas the market may change direction next month since PS prices have reached very high levels now. According to ChemOrbis Price Index, Italy’s distribution market has hit the highest PS levels seen since mid-November of 2014 after fresh May gains. 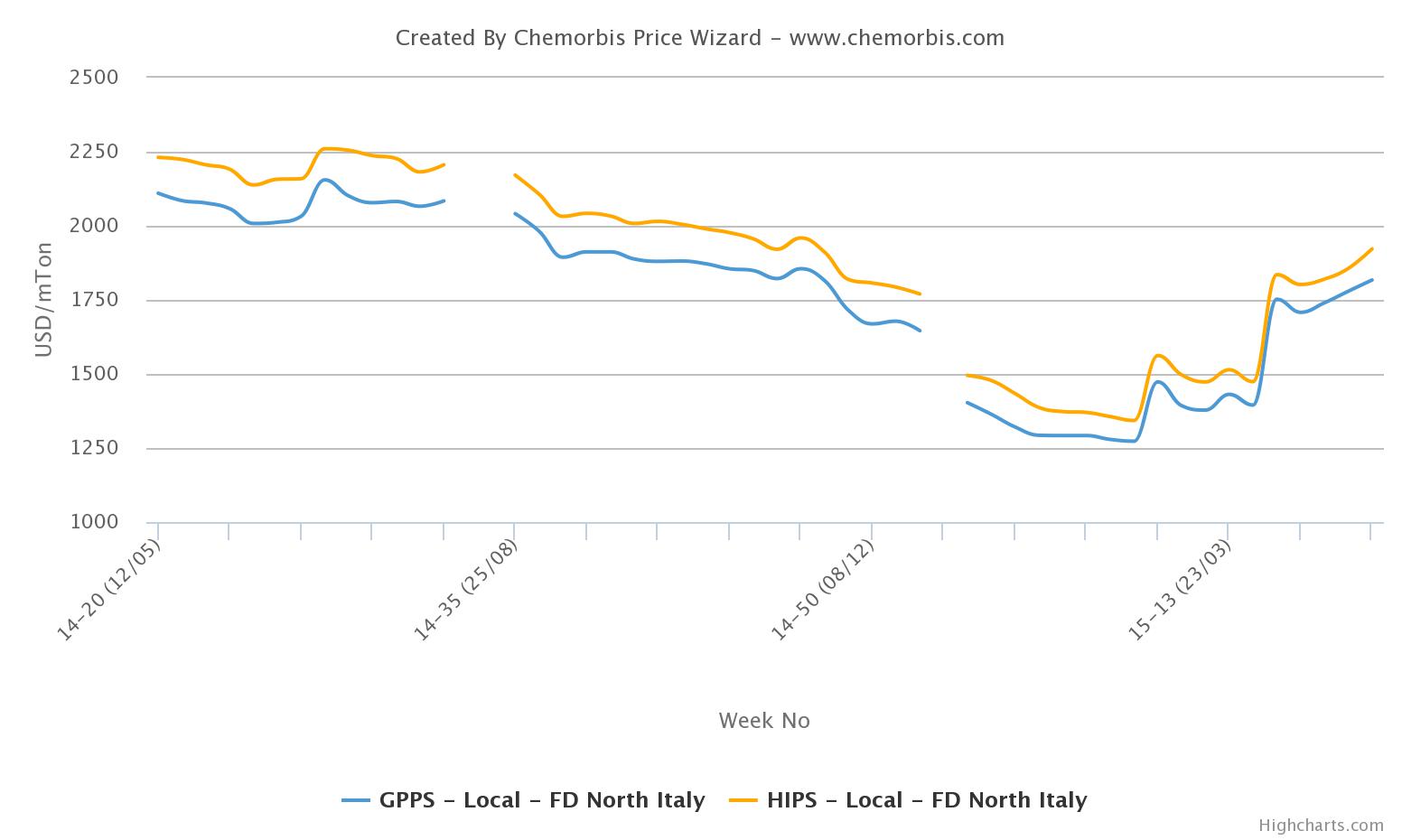 “We paid slight increases for South European GPPS in early May to meet our requirements since we want to be covered until around mid-June with no stock building as the market may reverse at that time,” a converter said.

Disposables manufacturers in Italy hope to see a step back in June, complaining that the previous sharp hikes dampened their margins a lot. “We purchased only 1000 tons in April instead of the usual 1500 tons since we could not reflect large hikes to our end customers. Prices hit very high levels to the point that we are producing at a loss,” one of them lamented.

In Austria, a buyer reported that PS producers will try to get at least the €20/ton increase in styrene costs. “We will keep low stocks in May by purchasing hand to mouth ahead of June,” he highlighted.

“Demand is discouraging as buyers are complaining about higher PS offers. We expect to see some decreases in styrene costs in June as some plants will resume operations and demand is slow as the downstream PS market might have already reached peak levels,” a trader in France noted. Upstream, spot styrene prices retreated by around $40/ton week over week on FOB NWE basis.