by ChemOrbis Editorial Team - content@chemorbis.com
The gap between PVC prices on FD NWE basis and spot ethylene prices in Europe began to narrow towards the end of last year. Spot ethylene prices in Europe, which carried a premium of around €50-100/ton over PVC prices during May and mid-October last year, turned down from the second half of October to early December due to supply length. This caused PVC k67 prices to move above ethylene by around €50-80/ton in Europe in the last month of 2016, according to ChemOrbis Price Wizard. 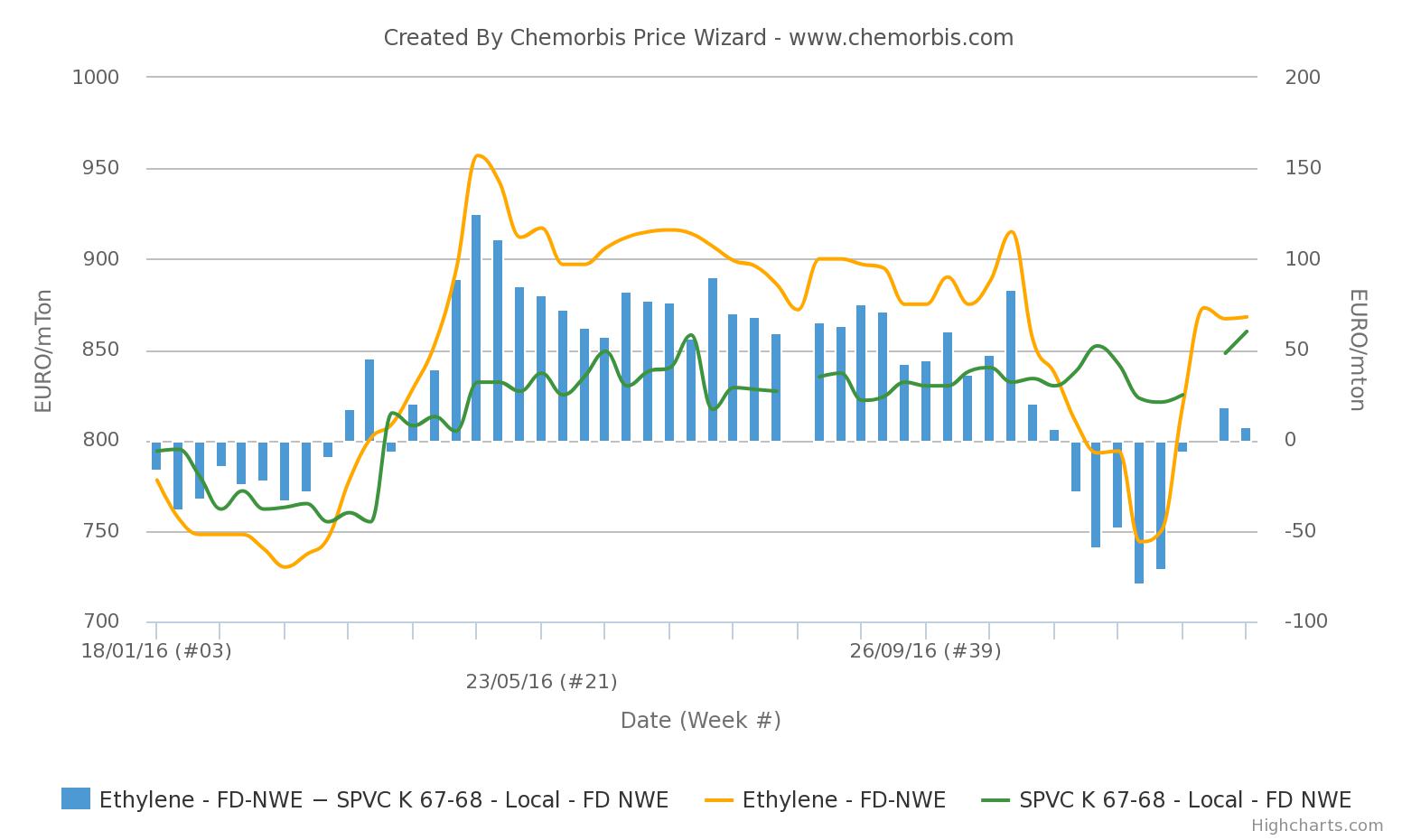 The data shows that spot ethylene prices on FD NWE basis have increased by around €120/ton since the beginning of December after posting cumulative decreases of around €170/ton from late October to early December.

Nowadays, spot ethylene prices are almost being traded at par with PVC prices. Higher ethylene prices were attributed to the surging naphtha costs. Downstream, PVC sellers are seeking larger hikes than the half of the €45/ton increase in monthly ethylene contracts, although buyers are not willing to accept these hikes.