by Merve Madakbaşı - mmadakbasi@chemorbis.com
The market has been under pressure from discouraging demand in the last couple of months despite seasonal factors. Turkey’s March PVC imports shrank by 29% from a month earlier and almost by 33% year-on-year, according to ChemOrbis Import Statistics.

The depreciation of the Turkish Lira against the USD and political turmoil hampered activity further as opposed to the previous expectations for a pick-up following the local elections in late March.

In the first half of April, European PVC prices in Turkey were mostly stable amid limited supplies and tepid demand. However, prices on high ends of the market disappeared as April wore on.

For May, a couple of European PVC makers revealed their offers with slight discounts of $10-20/ton from April before monthly ethylene contracts settled up €30/ton ($34/ton). The emergence of PVC k67 deals below the $900/ton CIF threshold surprised players despite the higher outcome of ethylene monomer settlement. 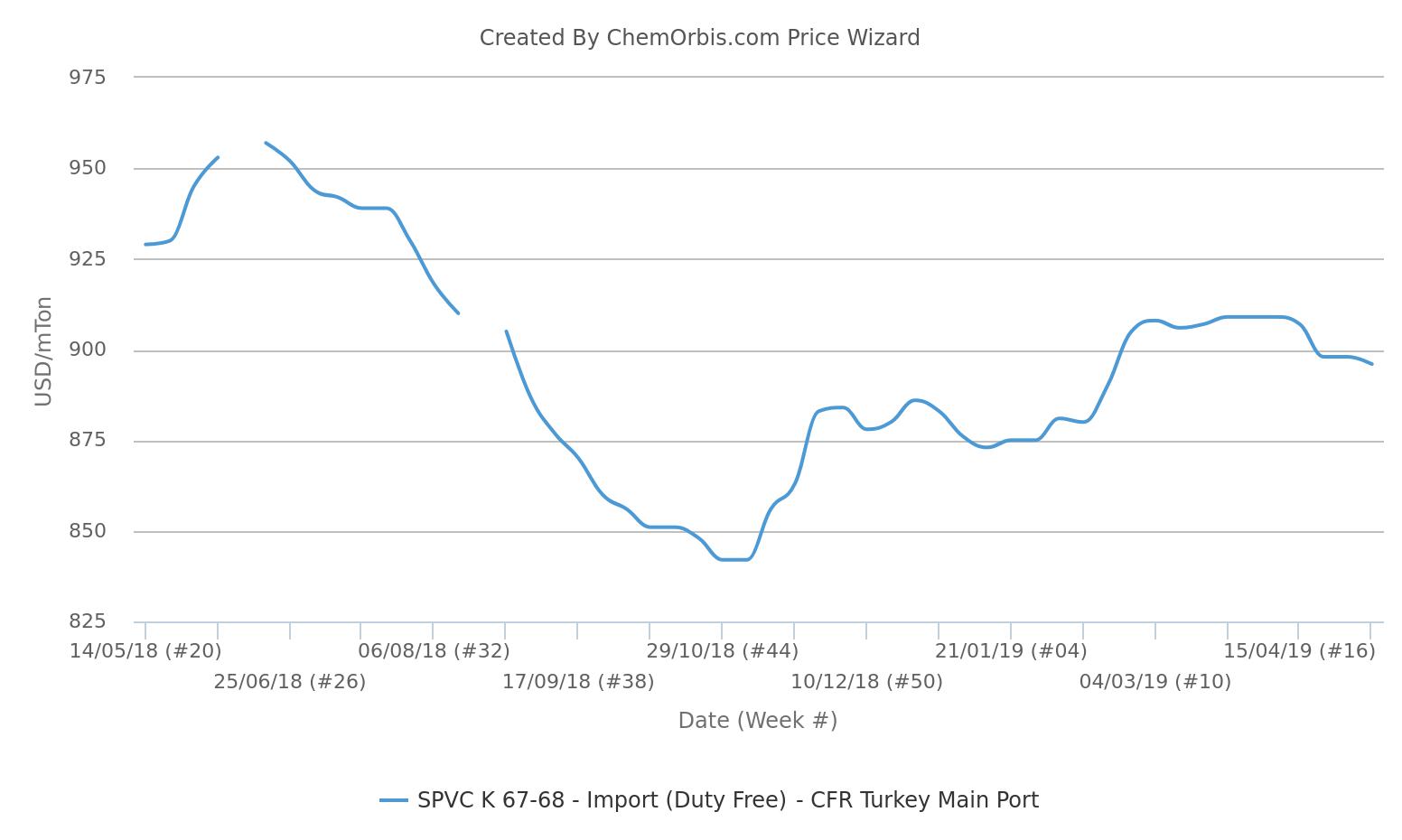 Improved sentiment in Asia and US curbed softening

“Optimism about a demand pick-up right after March elections has faded as domestic end demand has continued to be slow. Nonetheless, our exports are not bad, fortunately,” opined a large scaled profile maker.

Traders commented, “European PVC sellers do not seem to have made a bright start to the period after Easter Holidays in their local market. They were more eager to sell their cargoes to Turkey until buying interest recovers in their region along with better weather. Plus, the upcoming maintenance shutdowns at some PVC plants in Europe would keep the market mostly flat.”

June is set for rerun of elections, eyes on economy

The Turkish Lira sank to a 7-month low against the USD as the new month kicked off mainly due to the rerun of local elections in Istanbul . This is naturally reflected on demand , while the PVC market may be prompted by the global markets.