by ChemOrbis Editorial Team - content@chemorbis.com
Many players in Europe were expecting PVC sellers to start the month of March with further increases on the back of tight market fundamentals and significant increases in the upstream chain, even before the final ethylene contract settlements ended up with €30/ton increases. An initial ethylene contract indicating €15/ton hikes was not followed by the rest of the market considering that spot ethylene prices increased by around €190/ton since the beginning of February. Spot ethylene prices reached a high of more than one and a half years at €1100/ton FD NWE, according to data on ChemOrbis Price Wizard. 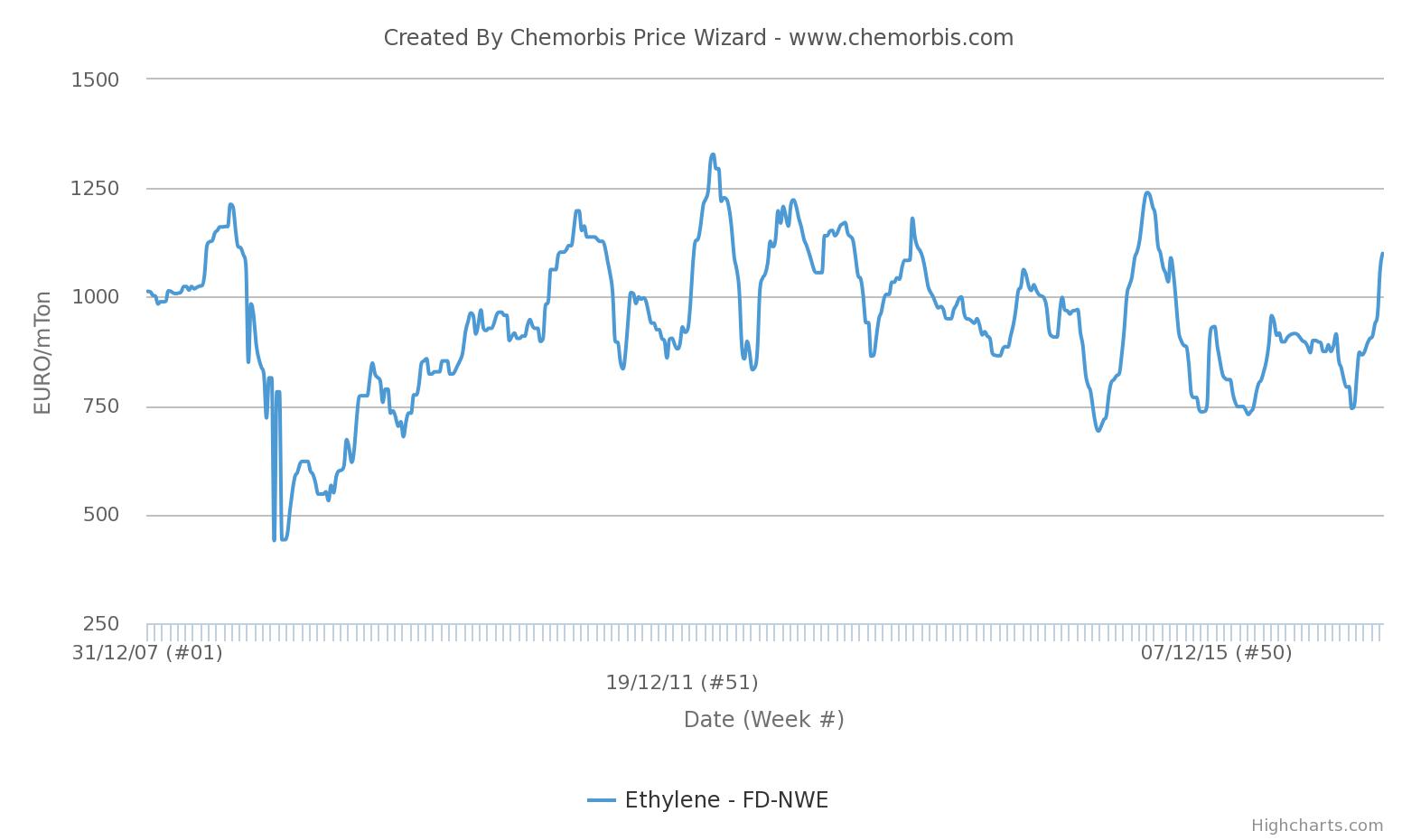 Prior to the full settlement of ethylene, a West European producer revealed March PVC prices in the contract market with €80-100/ton increases. “We need to recover our margins and we plan to stand firm without taking into account the extent of the ethylene contract hikes. Demand improved in February partly due to the limited material availability stemming from the lack of imports. Plus, we plan to focus on diverting more cargoes to the favorable export markets,” added a producer source.

A distributor in Italy has already started to offer with €80/ton increases for this month due to the limited supplies from Anwil and Spolana.

On the other hand, buyers who evaluate initial hike targets as too high are not willing to pay these increases and they plan to push for more modest increases. “Buyers are already pushing for €30-40/ton increases instead,” said a trader. However, most converters concur that they will have to pay the entire ethylene hikes in the end given limited availability. Furthermore, expectations of better demand in line with the approaching high season supports the bullish trend in the European PVC market.