European PVC shows up in Egypt

by ChemOrbis Editorial Team - content@chemorbis.com
After witnessing decreases for four straight months, the downward trend in Egypt’s PVC market has shifted since the end of the Eid holidays in response to limited supplies from the US, stemming from Westlake’s PVC force majeure. 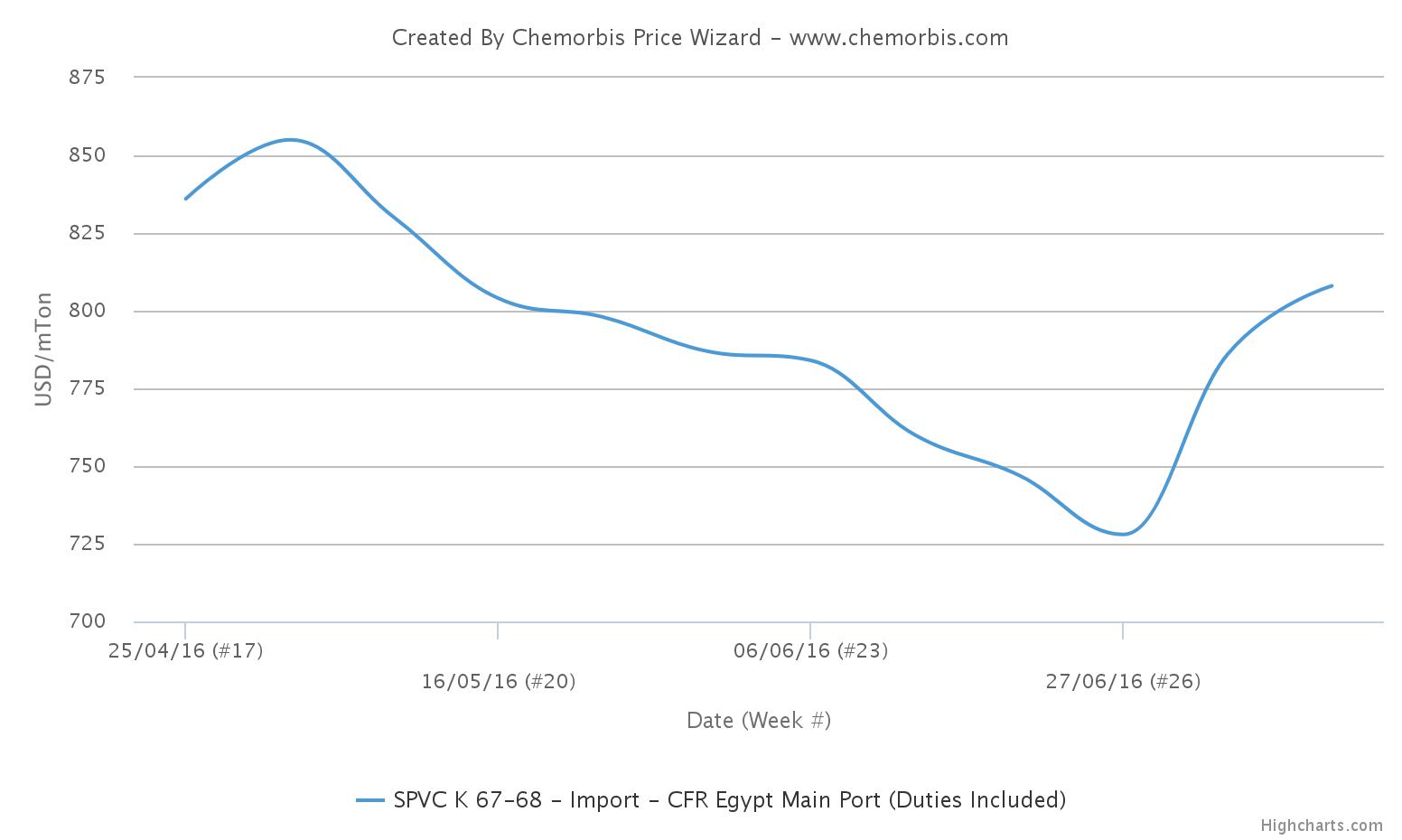 The import market started the post-Ramadan period on a firm note with significant increases while players reported that European PVC offers emerged this week and formed the low end of the overall range. Offers for West European PVC were quoted at a range of $815-840/ton on a CIF, 180 days deferred payment basis. A plastic end product manufacturer who received the low end level stated that the PVC market is tracking a firming trend and prices are increasing. “Demand for our end products is improving after the holidays,” he added.

A trader who purchased West European PVC k67 at $840/ton on a CIF Alexandria, 180 days basis also confirmed the upward trend on PVC prices. The trader highlighted that the market players are panicked nowadays due to the high offers in the market, firming USD parity and problems on opening letters of credits at banks.

PVC prices are following a stable to slightly firmer trend in Europe given possible maintenance shutdowns during the upcoming summer holidays. Nevertheless, due to the absence of local buyers during the month of August, European suppliers might focus on their export business and direct their goods to other markets such as Egypt.