by ChemOrbis Editorial Team - content@chemorbis.com
Spot ethylene prices in Europe have turned down recently after tracking a mostly stable trend throughout October. The return of crackers from maintenance shutdowns has played a role in the recent slump as improved supplies have weighed down on the market. However, ethylene prices have also been facing an opposite pressure from the upstream markets, where Brent crude has hit more-than-two-year high and spot naphtha has followed suit.

The end of the maintenance season in Europe has caused supplies to improve visibly in the ethylene market. Borealis, OMV, Versalis and Total reportedly resumed operations at their crackers after at least one-month turnaround while other steam crackers are also reported to be running smoothly in the region. According to some players, the lack of supply concerns will continue to weigh down on the market for the rest of November.

On the other hand, the upstream markets are seeing their highest levels not seen in more than two years. Brent oil has climbed to its highest levels since June 2015, hitting above $64/bbl this week. Accordingly, ChemOrbis Price Wizard reveals that spot naphtha prices have been up by $20/ton so far in November while the cumulative increase has reached $70/ton since early October. The data also imply the highest levels seen since May 2015 on a weekly average basis for spot naphtha. 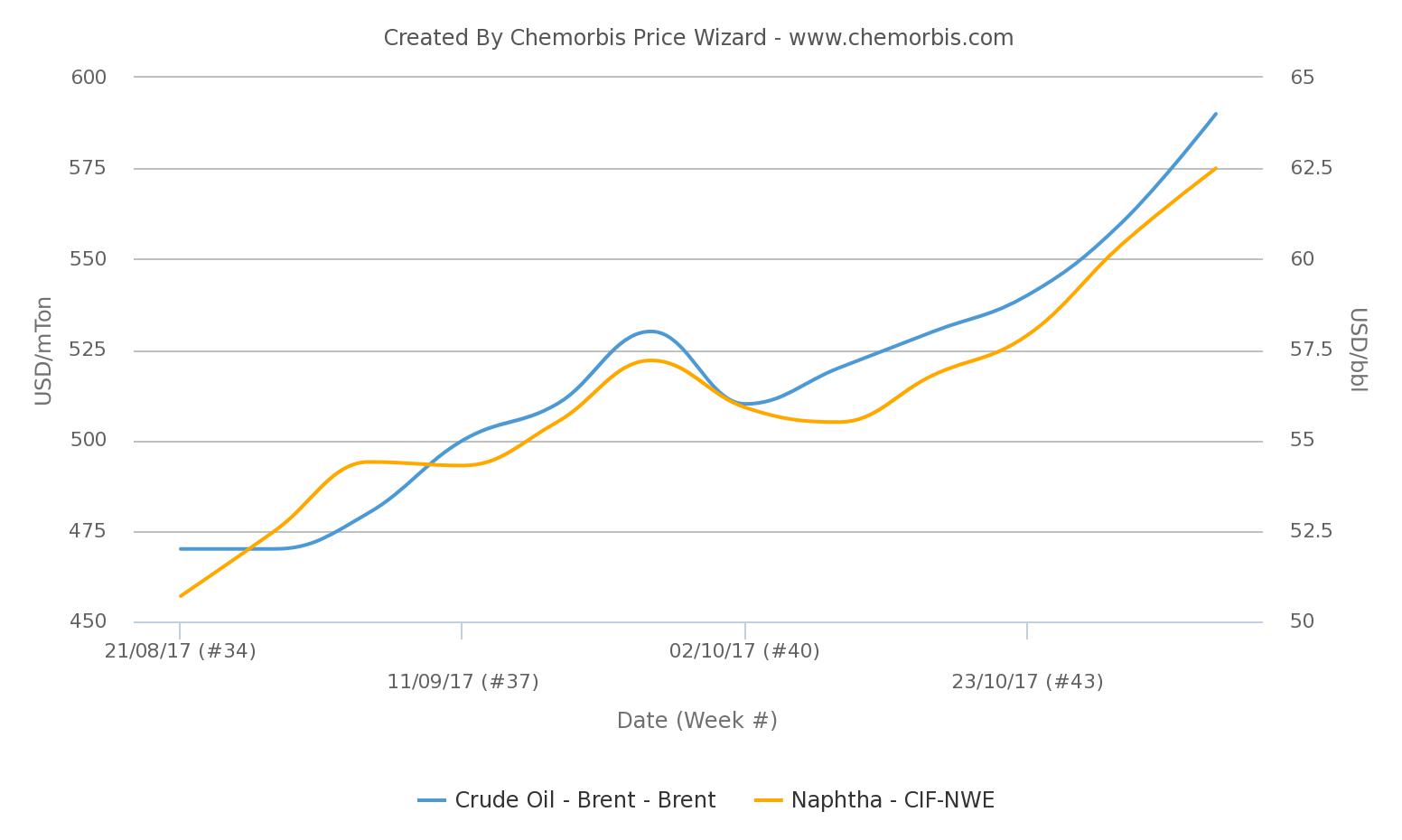 Now players are wondering about which factor will play a more prominent role in setting the direction of the ethylene market.