by ChemOrbis Editorial Team - content@chemorbis.com
In Europe, spot naphtha prices have witnessed a cumulative drop of around $46/ton week over week, which sent prices near to $450/ton on CIF NWE basis, according to the weekly average data from ChemOrbis Price Wizard. The recent losses have pulled prices down to their lowest levels not seen in 8 months. 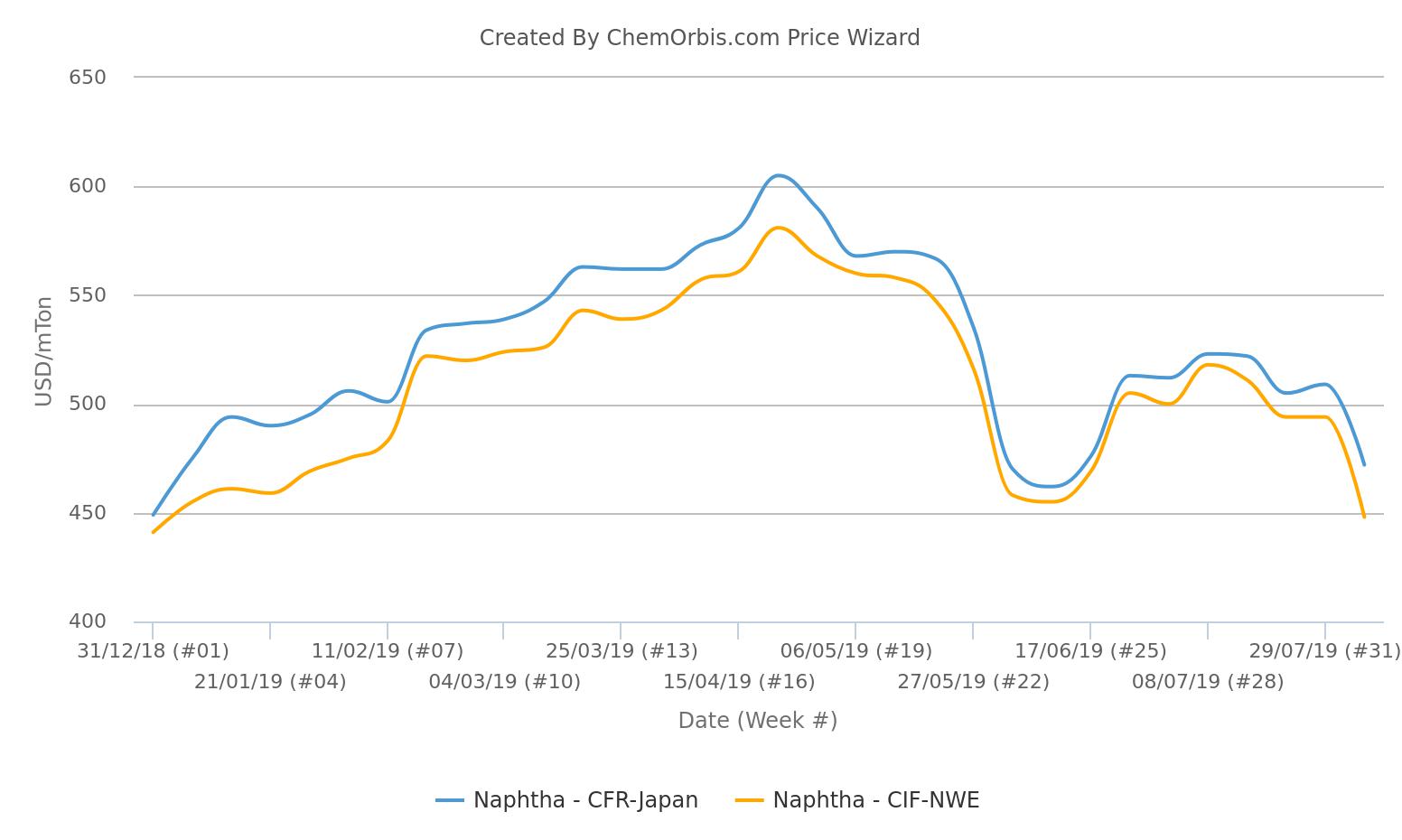 The one-week long downward trend came in tandem with slumping crude oil prices, which logged its sharpest daily plunge in 4 years on August 2. Crude oil futures extended their losses throughout the week before erasing some of the previous drops on Thursday. The rebound in oil prices were quickly reflected on the naphtha market in Europe with a $10/ton daily increase on the same day.

The Asian naphtha market also followed a downward path this week, with prices seeing a $37/ton drop in total on a weekly basis. Following the persistent losses, spot prices are now hovering at around $475/ton CFR Japan, the lowest figure since early June. Unlike the European market, prices have remained unresponsive to the recovering oil prices so far and even declined by another $10/ton on Thursday.