European players question if bottom is near for LDPE, LLDPE

by ChemOrbis Editorial Team - content@chemorbis.com
In Europe, April has been another month that significant decreases pass on PE deals amidst slow demand and ample supplies. Buyers could obtain decreases of up to €50/ton on done deals particularly for LDPE and LLDPE grades.

Data from ChemOrbis Price Index reveal that the weekly averages of local LDPE and LLDPE film prices in Italy and Northwest Europe have recently hit their lowest levels since February/March 2015. 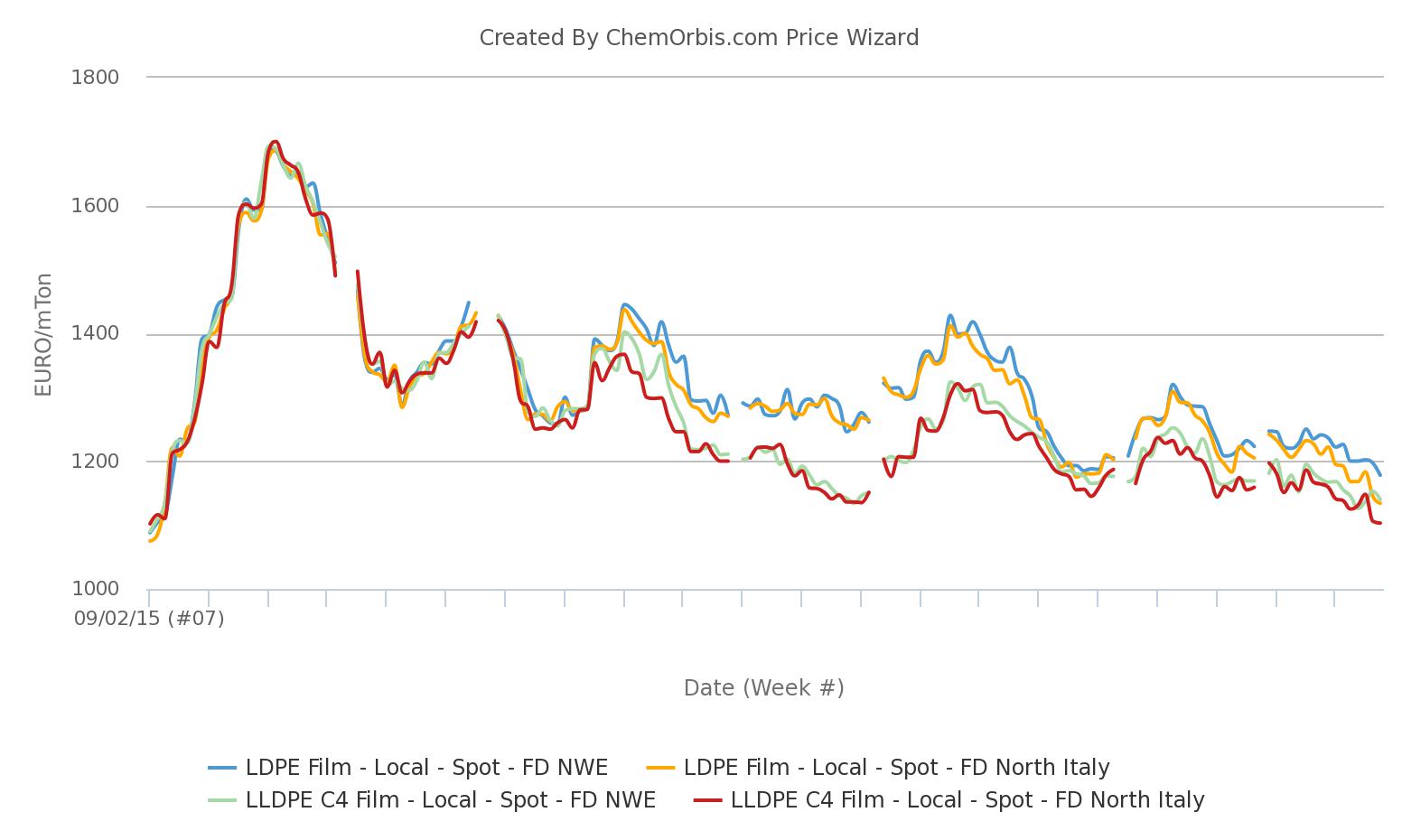 On the sellers’ side, sentiment for next month has already turned firmer as more players started to talk about the nearing bottom, pointing to the recent rebound of the energy complex and multi-year low prices for LDPE and LLDPE.

“Steep decreases could mean that prices are bottoming out while we expect the market to remain mostly unchanged in the rest of the month. As for May, meanwhile, prices might rebound in response to rising naphtha and crude oil prices. We expect to see increases of €10-15/ton in May ethylene contracts,” distributors opined.

A reseller from the Netherlands affirmed, “Higher energy costs have revitalized buying interest to some extent while some buyers continue to stick to their immediate needs despite firmer expectations for May.”

Moreover, a few resellers claimed that supply pressure will not be as fierce as before as some of them are re-exporting their volumes to Asia.

Buyers, meanwhile, are pointing to the ampler import quotas as a result of the favorable euro-dollar parity. “There has been a slight improvement in end demand in the last couple of days. We expect stable prices until the end of the month. However, we have no plans to restock as prices are not likely to post any large increases over the short term,” said a buyer from Italy.