by ChemOrbis Editorial Team - content@chemorbis.com
Europe’s major styrenics producers, Trinseo and INEOS Styrolution, elected to apply respective increases of €45/ton and €35/ton on their PS offers, which are exceeding the gains in monthly styrene contract settlements.

The outcome of July styrene contracts caught several players by surprise as they were expected to come with rollovers to decreases. However, they were agreed €27.5/ton higher than June due to an unexpected production outage at Ellba’s Moerdijk unit in the Netherlands. On the other hand, July benzene contracts were settled with decreases of €42/ton while butadiene contracts posted a considerably sharp decrease of €400/ton from the previous month.

In addition to higher contract levels, firmer spot styrene prices in Europe amidst production issues also contributed to the producers’ hike decision as spot prices on FOB NWE basis welcomed July with a daily increase of $67/ton and climbed by more than $145/ton since the second half of June.

The weekly average prices in ChemOrbis Price Wizard show that European styrene is currently standing at their highest levels since late March after posting increases for the past two weeks. 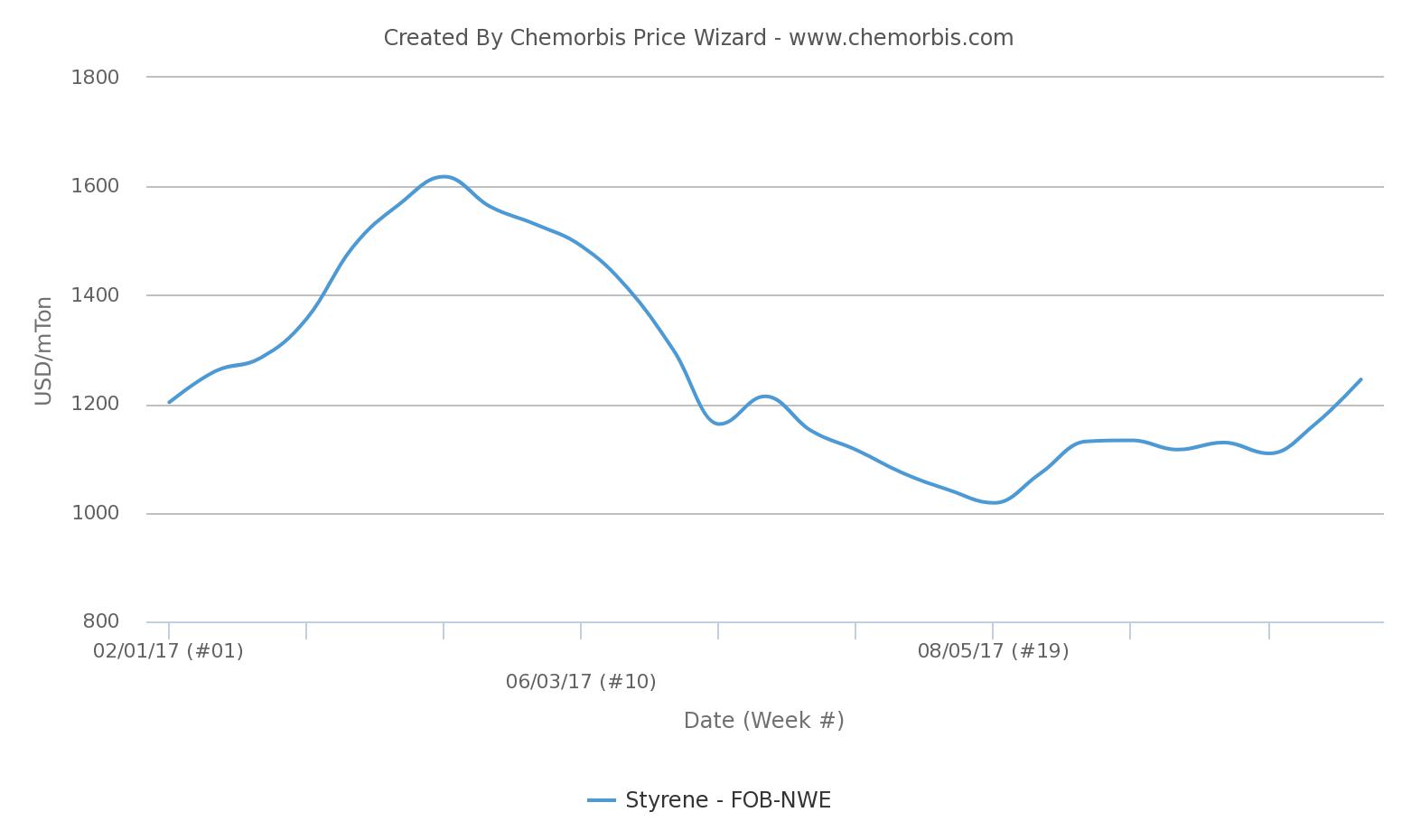 Meanwhile, the gap between European and Asian styrene markets is currently standing at the highest levels since March given the firming in the European market for the past two weeks while styrene prices in Asia followed a mostly stable trend in this period, ChemOrbis Price Wizard also represents.