by ChemOrbis Editorial Team - content@chemorbis.com
In Europe, supply concerns, which rose upon the news of five days of maintenance work at LyondellBasell/Covestro’s propylene oxide styrene/monomer unit in early August as well as the fire at Shell’s Pernis refinery, pushed styrene prices higher, defying of the trend in the upstream contract markets. Ethylene contracts were settled at a rollover while benzene settled down €50/ton from July.

Players were voicing bearish expectations regarding the August styrene contracts, taking the consecutive decreases of the spot styrene market throughout the month into account. However, spot styrene prices on FOB NWE basis has risen by around $50/ton recently on the week to reach $1198/ton on average, as can be seen in the below graph formed by ChemOrbis Price Wizard. 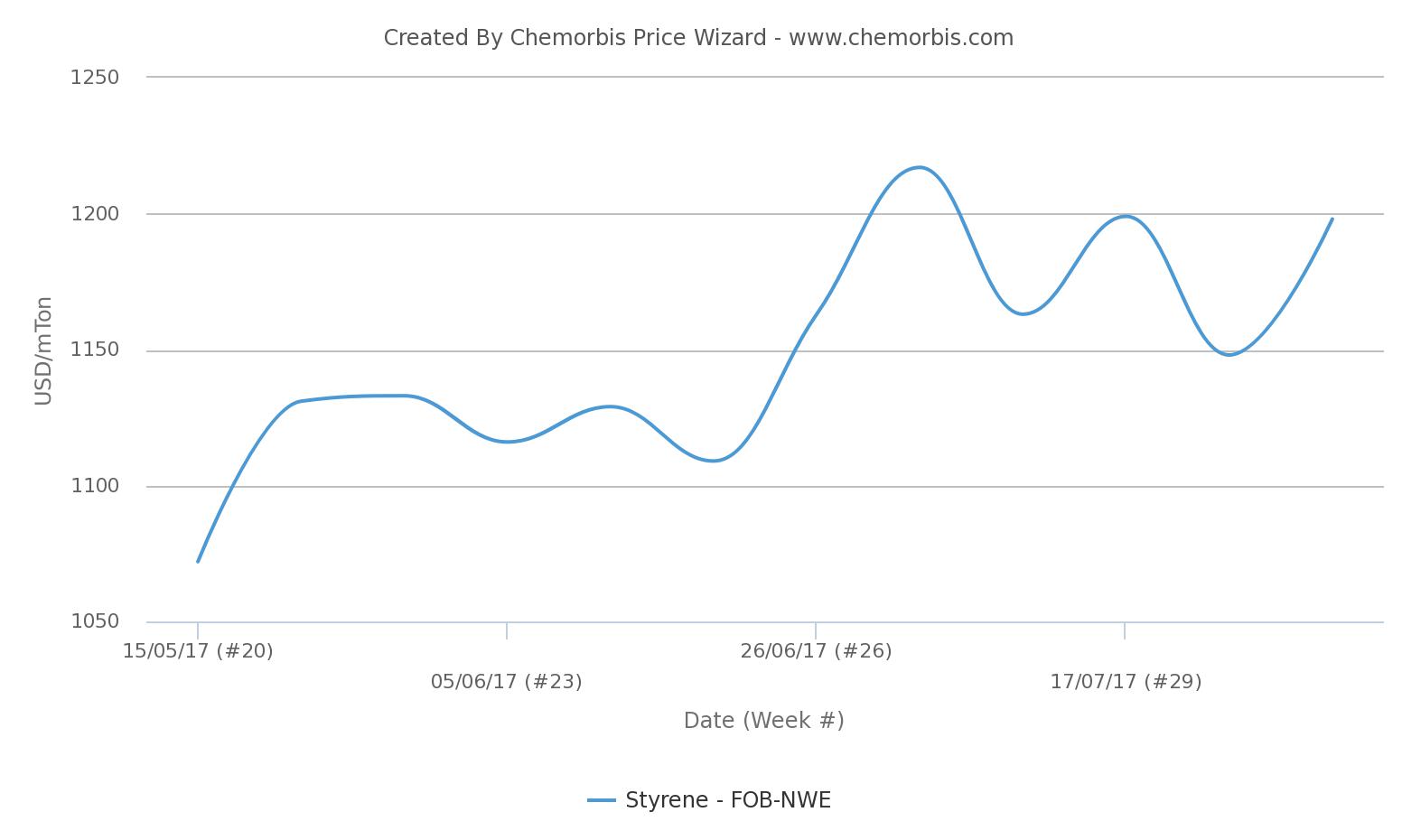 Players are eyeing the possible impact of these news to the August styrene contracts to be settled tomorrow as they believe that these developments will also play a role in making the final decision, as it was the case last month. It is important to remind that spot styrene prices indicate a cumulative fall of around $50/ton compared to the beginning of July.