by ChemOrbis Editorial Team - content@chemorbis.com
China’s PET market sustained its increasing trend which has been in place for the last two months, with export prices hitting the $1000/ton threshold for the first time since July 2015.

Defying slow demand towards their export cargoes in the face of competitively priced Indian and South Korean origins, Chinese suppliers maintained a firm stance on their offers for another week, citing rising upstream costs in addition to good demand from the local market.

The overall range for export PET prices is currently quoted at $920-1000/ton on a CIF China, cash equivalent basis. On a weekly comparison, the low end is up by $30/ton while the high end surged $80/ton. Data from ChemOrbis Price Index reveals that export PET prices on an FOB China basis currently stand at their highest levels since July 2015. 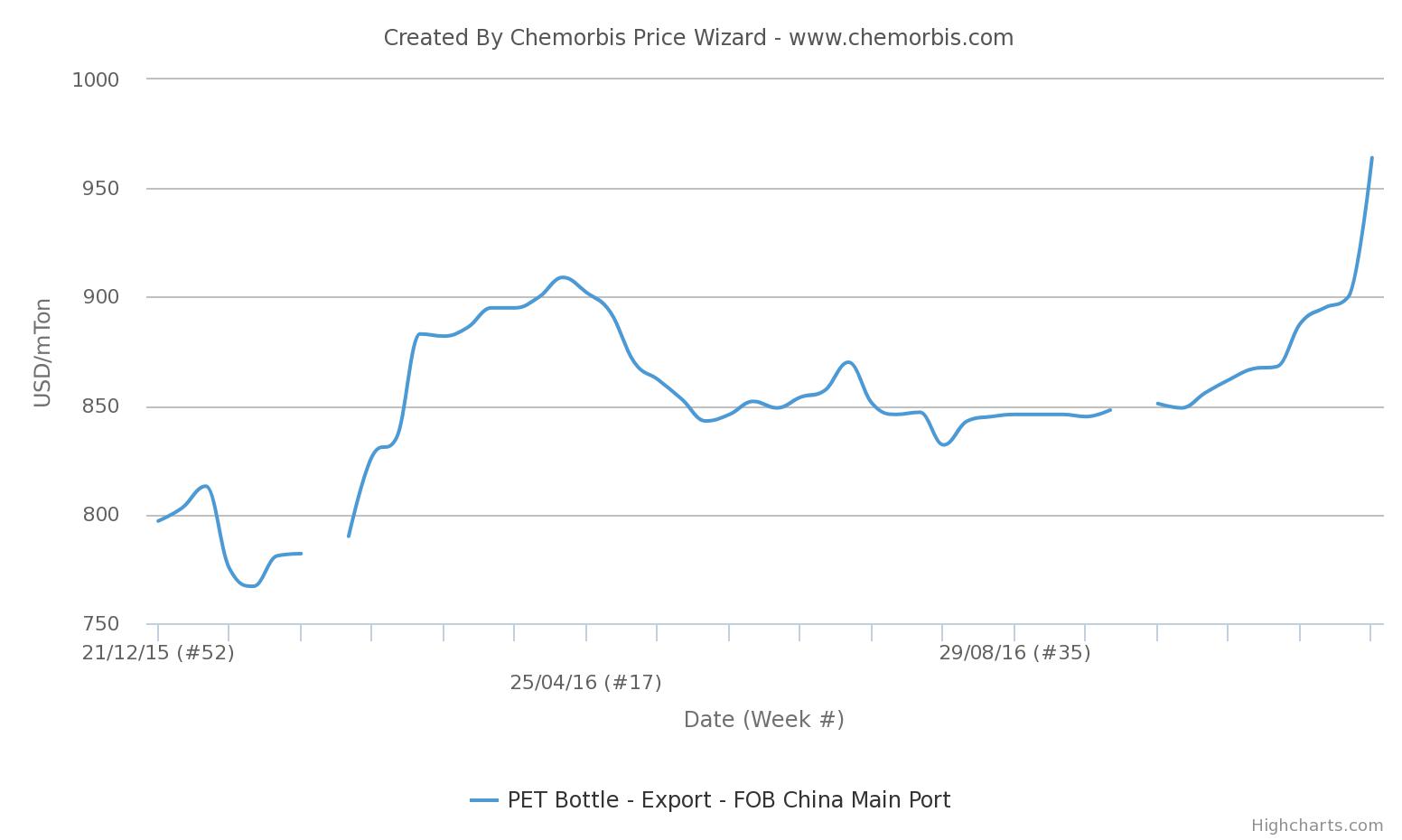 A source from a Chinese PET producer stated, “We struggle to compete with other overseas origins in the export markets, however we still see demand from our local customers despite the start of the winter. Hence, we are feeling free from sales pressure for the moment. Our export offers are up by around $95-110/ton from last week.”

Another producer also commented that firm crude oil and MEG prices are pushing the PET market higher, adding, “Bottle manufacturers in China are replenishing their stocks nowadays due to the approaching Chinese New Year.”