Export PET prices out of Asia sink to 7-month low

by ChemOrbis Editorial Team - content@chemorbis.com
PET prices out of China and South Korea to the export destinations have been on a downtrend since around the middle of September under pressure from bearish upstream markets.

The bearish trend gained momentum starting from October while export PET prices out of the region have recently hit their lowest levels since April, according to the weekly average data from ChemOrbis Price Index. Spot paraxylene (PX) prices on an FOB Korea basis also sank to a four-month low this week, the data suggested. 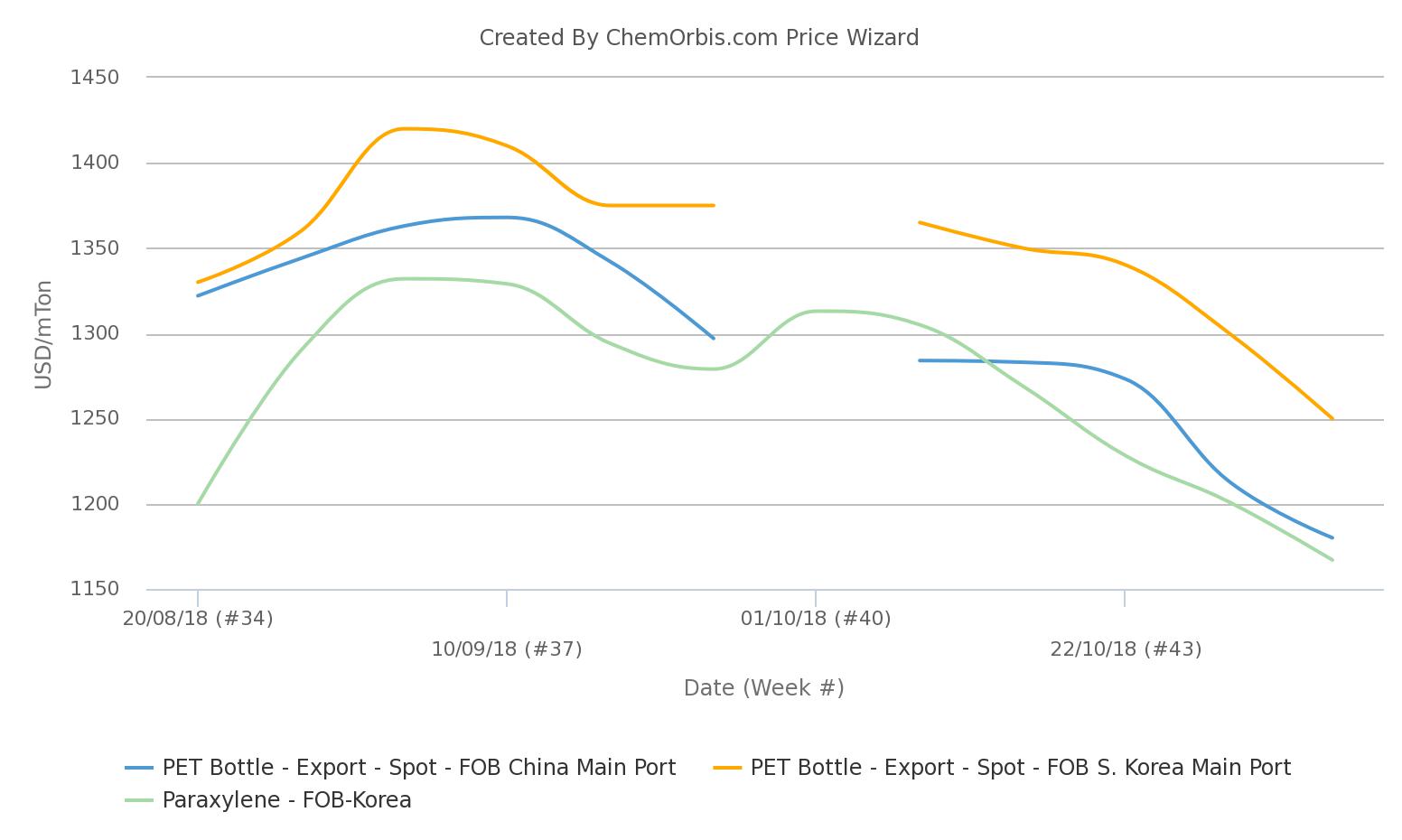 A source from a South Korean PET maker reported, “We managed to sell out our monthly quotas after lowering our export prices by $50/ton from last week.”

Chinese PET producers blamed decreasing PTA and PX prices as the main driver behind the ongoing bearish trend, while they voiced divergent expectations when it comes to the future pricing trend.

A producer highlighted, “The market recorded additional drops in general this week whereas we elected to maintain our price levels. We believe that sellers will be reluctant to issue more price cuts as some of them are selling their material almost at a break even level. Moreover, we expect the slight recovery in local currencies against the dollar to help demand improve in the coming term.”

Nonetheless, a source from another Chinese PET producer set forth a pessimistic view for the market outlook. “Converters are not willing to build stocks due to the bearish trend. The outlook is not promising considering the persisting concerns about the US-China trade dispute and volatile crude oil futures,” he argued.

Players in Turkey affirmed receiving lower PET offers from Asia for another month while they added, “We heard that Chinese producers are under sales pressure. Yet, we are questioning whether or not the bottom is nearing amid already quite low prices across the region and the weaker energy complex.”