by ChemOrbis Editorial Team - content@chemorbis.com
Spot naphtha prices in Europe and Asia have posted incremental increases since the beginning of September when prices stood below the $400/ton threshold. The upward momentum of naphtha prices was mainly led by rising crude and the most recent spot offers were almost at par in both regions.

In Asia, spot naphtha prices on a CFR basis registered an increase of around $40/ton at the end of last week. Despite comfortable naphtha supply in the region, the gradual gains were supported by firm crude prices. Even though crude oil futures on the NYMEX settled slightly below the $50/barrel threshold on October 7, prices touched back above $50/bbl during intraday trading on October 10.

Spot naphtha prices on a CFR Japan basis are currently standing at their highest levels registered since late November 2015 on average, according to ChemOrbis Price Wizard. 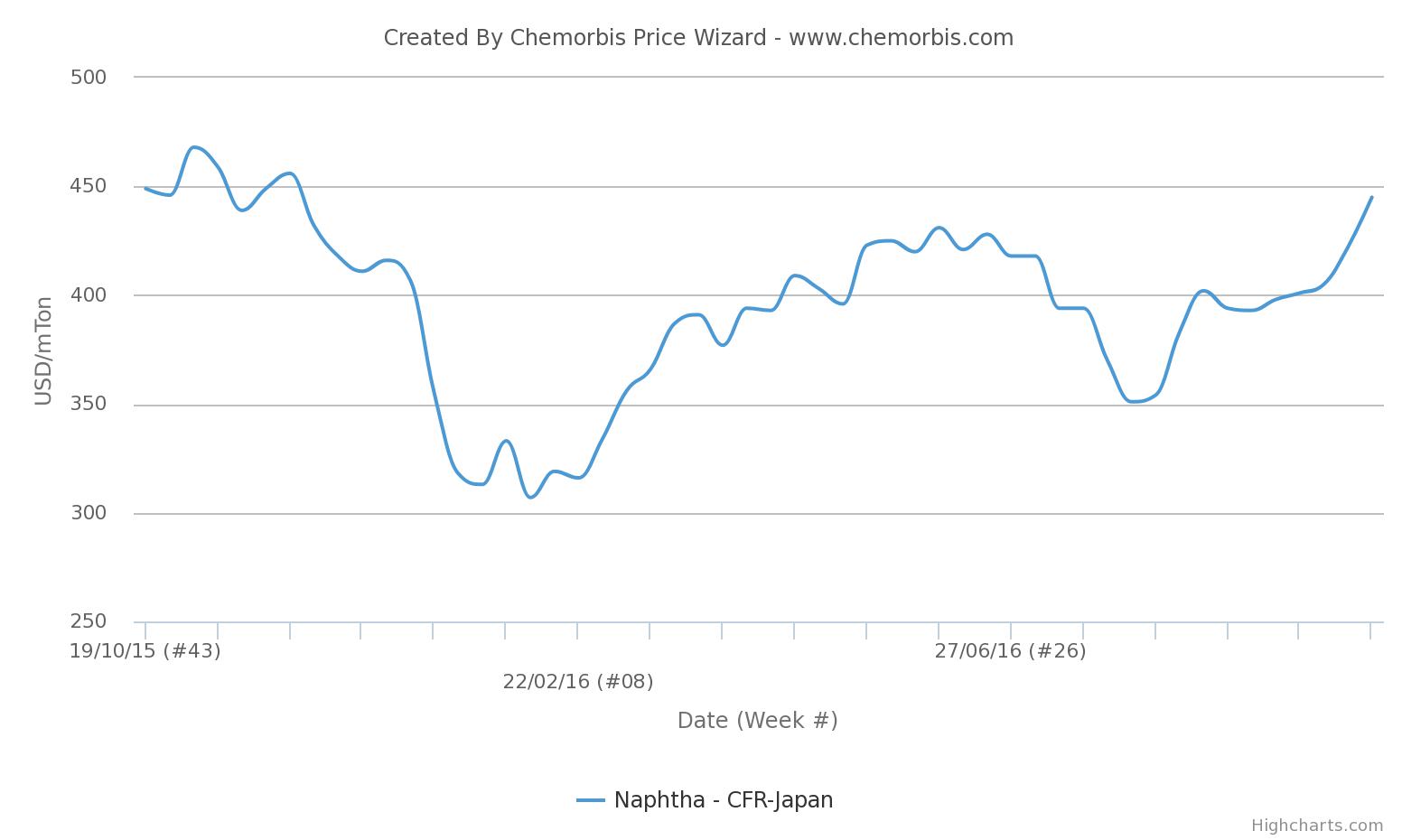 Naphtha costs in Europe also gained ground at the end of last week to stand almost at par with spot offers in Asia. Spot naphtha prices on a CIF Northwest Europe basis registered an increase of around $25-30/ton week over week. In addition to support from firming crude, naphtha availability is said to be tight in the region for the first half of October. However, several players have expressed their expectations of seeing an improvement in supply levels in the latter part of the month.

According to ChemOrbis Price Wizard, spot naphtha prices on a CIF NWE basis are currently standing at over a year high level on average. 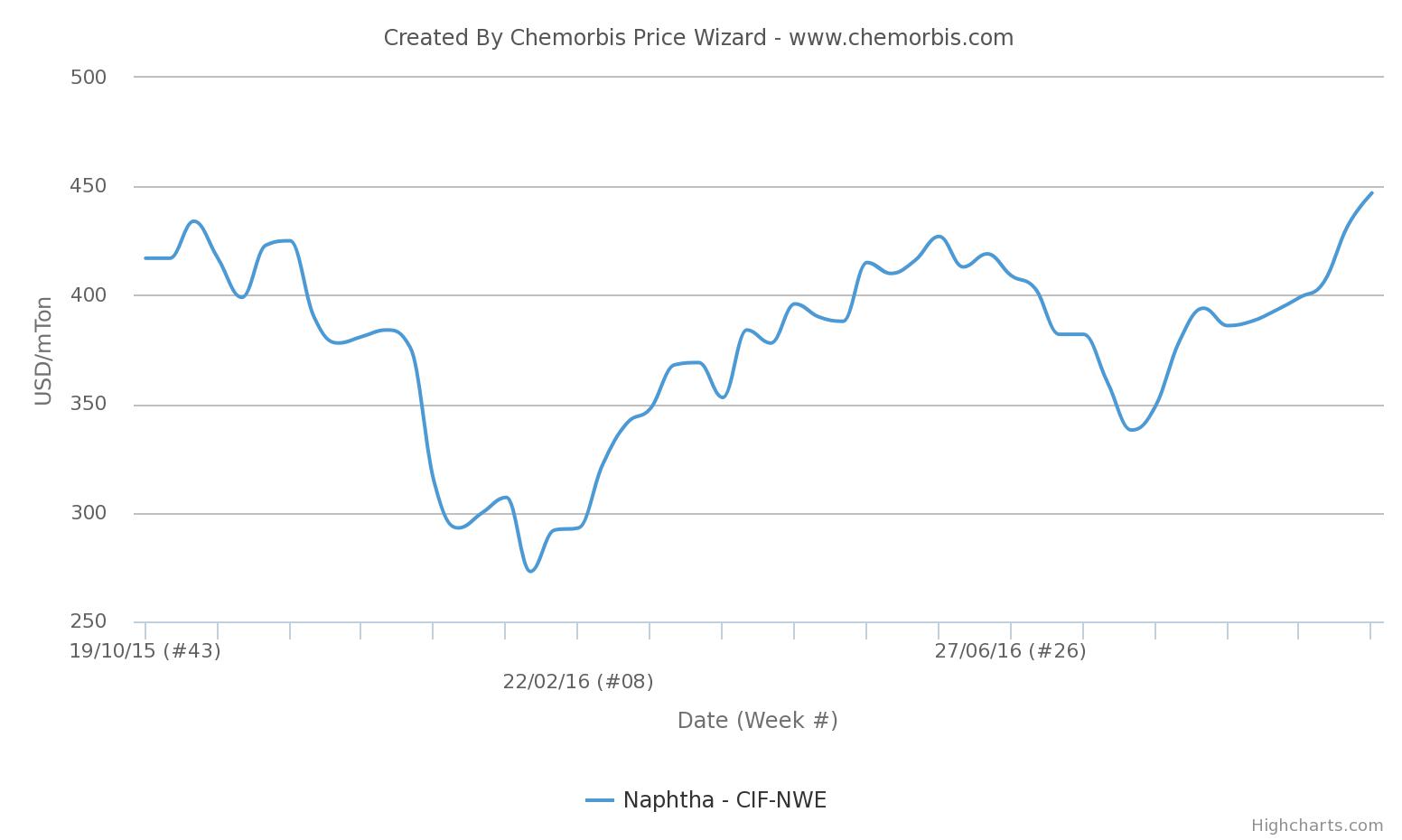